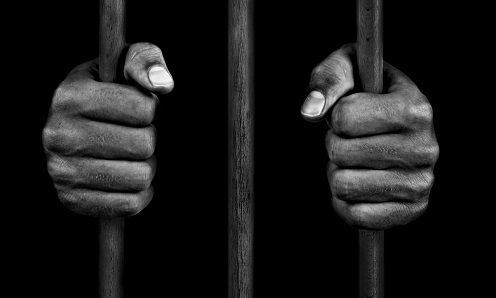 I have killed. Not one. Three.

Three boys, I shot them all, and I do not regret it.

Not a single bit. Nothing is more freeing than revenge, I now know. I am here now, incarcerated and soon to die, but all I feel is release.

My name is Ikechukwu and this is my story:

I lived with Mama in a container house on Dust Bin Road. I did not know my father. Mama never mentioned him.

Once or twice, I’d asked her and she told me to forget him. ‘Forget him, Nnaa,’ she said. ‘Forget him the way he had forgotten you.’

It amazed me the way she always used ‘you’, as though I was the only one that mattered.

‘What are you going to eat this night?’—she would say, even though she herself hadn’t had anything.

‘Is the food enough for you?’

Do you want more fish?

Always me. Since I was a kid, I’ve borne an ambition. To make Mama feel special. To one day announce Mama.

But wish proved hard to come by. Things went from bad to worse. I got admission to study Chemical Engineering in UNN and thought finally a chance to bring my dreams to life.

But it didn’t happen. Mama’s ogede business couldn’t bring much. Not my meagre daytime jobs either.

There was no one to help. And so I missed the admission.

The following year I passed again. Statistics this time. But the story hadn’t quite changed.

It had been funny how we always found money to purchase the exam forms, only for everything to tighten up once the admission came.

But I so desperately wanted to go to school. I would study hard and graduate with good grades.

I am intelligent; I know I can do it. Could have done it.

I would get a job, a good-paying job, and I would spoil Mama.

I sneaked out of the house that night. Mama did not know.

Three mornings after, Mama saw the money. I don’t know how she had managed, but she was not herself.

She asked me quietly at first. ‘Nnaa, where did you get this?’ She was holding the wrapped bundle—five wads of N10, 000 banded together.

‘Where did you find it?’

My heart skipped one beat as I saw the money. I jerked it from her. ‘Give it to me!’

Mama’s voice rose. ‘Ikechukwu, where did you get all that money from?’

I said nothing. Air balls kept rising up my throat and I kept pushing them down.

I saw Mama pull back into herself like a retreating snake. She walked quietly to the plastic chair and sat. Not a single emotion showed on her face.

I felt my eyes moisten and I walked out of the house.

The next morning, I left early to the bank to pay my acceptance fee. I was scared Mama would talk about the money again and forcefully take it from me.

And she did. That night she was vicious. She fought me. The remaining money in her hand, she queried where it came from, how she can return it to wherever I’d taken it from.

She did not say steal, she used take. She would not agree that I’d stolen.

In anger, I walked out.

I did not come back till it was past midnight.

I saw Mama sitting on a big stone outside the container, waiting for me. She was dozing, but she didn’t go inside.

She stood and hugged me tight. She smelt of smoke. She hadn’t taken her bath yet. ‘Don’t ever do this to me again,’ she said.

I nodded and asked her to forgive me. She finally released me and we walked inside.

But that night, they came. The owners of the money.

They had found me. That meant someone didn’t keep quiet. One had broken the vow.

They banged hard on the door.

As if she knew, Mama told me to hide.

‘Hide now!’ she yelled in a hushed voice as they pounded the metal door again.

And so I left Mama to them and hid, in the large plastic bowl sitting to the corner of the wall, where she stored her plantain bunches and left them to ripe.

Mama opened the door and asked them what they want.

All three of them had come. Tall mean fowls.

The boys and I had stolen from the bigger thieves. We reasoned it was more moral. It had appeared so; after all, we had only taken a minute fraction out of the lot they had taken from others.

Punk asses couldn’t even find a better place to hide their money.

‘Where is your son?’ the one in front asked. He was their leader. Tall and huge with fleshy lips that were terribly black.

‘My son is not around,’ Mama told them. ‘Why are you looking for him? What do you want?’

‘Woman, as you see us so, we no come for play!’ It was the leader again. He spoke in a slow, growling tone. ‘Call your son out for us.’

‘Mama, call your son. We have come for our money.’ The one standing beside the leader appeared to be more human.

Mama turned and walked to the table. She opened the large Milo tin and brought out the bundles.

She gave it to them.

The leader counted it. It is not complete. 4 now instead of 5.

They flowed into the house, moving things, searching for the remaining part of their money, or the person that had taken it away in the first place—whichever was easier to find.

The leader was walking to the container I was in when Mama grabbed him. I saw them through the tiny crack left after my head couldn’t allow the lid of the bowl to close properly.

Mama held him and was not going to let go, let him open the bowl, let him find me.

But he shoved her away and Mama’s bulk landed heavily on the metal floor.

I wanted to jump out then, but I saw their guns. They would shoot me, I know.

They’d shoot me and end my ambition unfinished. For Mama, I stayed put, praying for a last minute miracle.

Now the leader has reached to lift the lid of the bowl. I shut my eyes and inhaled a huge amount of air; it might be my last.

But he did not open the container. Mama struck his back hard with an iron bar, the short rod we used to support the door.

I know she was aiming for the head; it had been a miss.

He turned, at the same time sending a bullet through Mama.

I flew out of the container and rushed to Mama.

‘What have you done?’ his colleagues asked him. The next minute they had all vanished.

I held Mama. I shook her. There was so much blood. Mama’s blood.

Mama did not rise again. Ever.

I stood and rubbed Mama’s blood all over face. It left a permanent tinge of red on my eyes.

The bloodlust remained with me till I’d killed them all. For taking Mama from me, I killed each one of them.

One after another, with the same weapon they’d used to take Mama away from me, I’d taken them all down.

‘Ikechukwu Ibeh, you may come out now,’ the uniformed man that opened the cell calls. ‘It is time.’

They take him to the field.

Some minutes after the fat preacher had administered the last rites, his suspended lifeless body was seen fluttering in the breeze.


Get some of his books on DNB Store, OkadaBooks or BamBooks!