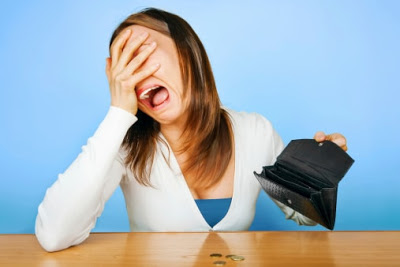 Generally speaking, a recession is when there is a significant decline in economic activity, usually for a certain period of time.


Recession affects virtually all sectors of the economy.

Below are 22 signs that usually indicate an economy is in recession:

These include food, fuel, water, etc.

Borrowers are unable to pay back their loans.

The country’s beggar population will rise.

During recession, the few people that remain employed become overworked. Many companies might also offer voluntary retirement programs in order to reduce their work-force and cut expenses.


6. Prices of property and stocks will come down

Still, there won’t be any corresponding increase in demand as nobody has the funds to buy them.


7. The country’s GDP goes down

When a country’s GDP [Gross Domestic Product] shows a continuous downward fall, then the economy is obviously in a recession.

8. Increase in hunger/starvation and rise in high blood pressure

Studies have proven that overall suicide rates increase during periods of economic recession.

12. Anger and frustration levels go up

But they will still avoid any money-requiring programmes, such as church donation, tithes and offering.

14. Increase in insult and criticism of the Government

18. Rise in improvisation skills and innovation

19. Killing and consumption of pet animals

21. Rise in alcohol in-take and other forms of addiction


22. Rise in divorce rates and break-up in relationships

How to control recession:

The government of a country is the key player to stop recession and to divert the economy to the path of growth.

The prime actions of a government on fighting against recession should be focused on:

If the government of a country is wise and responsible enough, it can revive the comatose economy with one or two innovative ideas on fiscal policy.

This fiscal policy can be in the form of government spending or tax regulation.

In the end, people’s income and buying power will increase.

Disposable income is the income after paying tax.

An increase in disposable income means that people are able to spend more in the markets and hence revive the economy.

A devaluation in the exchange rate can also cause a boost in demand.

A fall in the value of the dollar will encourage export and discourage import, thereby increasing demand of locally made goods.


Generally, anything that can continuously put money into people’s wallets will help fight recession.