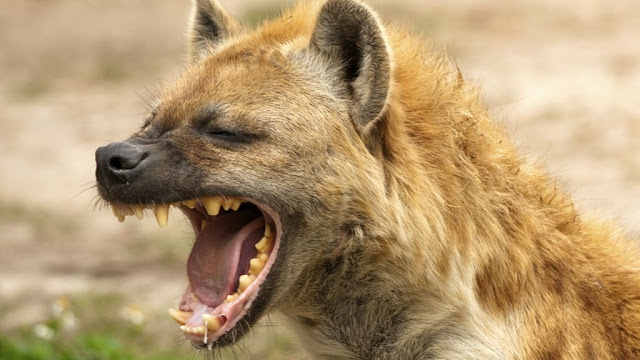 Penis means power. At least that’s what some feminists think.


Women often feel the mere possession of that long, thick organ (not in all cases though), gives men an edge in the society.

Some would even go on to say that the innocent-looking penis is the root of the world’s big patriarchy keeping women down.

But one special mammal has succeeded in turning the game around.

Unlike most mammalian societies, female spotted hyenas run the show in their communities and are significantly more muscular and aggressive than the males.

Spotted hyena societies are nature’s truest matriarchies, and this rigid ranking order is well known by each clan member, with males filling in the lowest social ranks.

High ranking females pass their social power on to their female offspring, while male cubs must eventually leave their birth clans and attempt to join a new group.

At that point, even juvenile females rank above the incoming males, who must tolerate any abuse hurled their way if they want to eventually mate with the high-ranking female or be accepted into a new clan.

Females are also generally larger than males and more aggressive in nature.

But it didn’t just end there!

The macho matriarchs, otherwise known as hyena boss bitches, also possess the one thing that gives most men special pride — a penis!

The genitalia of the female closely resembles that of the male; the clitoris is shaped and positioned like a penis, and when aroused is capable of a great erection!

The female possesses no external vagina (vaginal opening), as the labia are fused to form a pseudo-scrotum.

The external genitalia of the female spotted hyena are so similar to those of the male that for centuries people believed these animals to be hermaphrodites.

The hyena pseudo-penis is traversed to its tip by a central urogenital canal, through which the female urinates, copulates and even gives birth.

Now imagine that last phrase — giving birth through a penis…

The female ‘penis’ can be distinguished from the male’s by its greater thickness and more rounded glans!


Female spotted hyenas are roughly 10 percent larger than males, and this too is a pattern reversed from what is seen in the vast majority of other mammals.

In these and many other respects, spotted hyenas appear to violate many of the accepted “rules” of mammalian biology.

Hyena ladies run things in their community. Because size really matters, the female hyena ‘penis’ is also larger than any male’s penis.

This unique biology gives female hyenas complete control over mating. In order to permit penetration, females must voluntarily retract their pseudo-penis up into itself, creating an opening for the males to enter.

So yes, this means that it is completely impossible for a male to rape a female hyena.

But to all of these, there is one bad side…

The female spotted hyena urinates, copulates and gives birth through her pseudo-penis.

Giving birth through a ‘penis’ isn’t a trivial problem.

The clitoris’ birth canal is only an inch in diameter, and the tissue often tears as a 2-pound cub squeezes through the narrow opening.

The rip can be fatal, as evidenced by the high death rate for first-time hyena mothers.

When a female hyena gives birth to her first litter, the posterior surface of the female’s pseudo-penis tears and leaves a long patch of bright pink scar tissue.

Although scientists and hyena-watchers may find this very handy in determining whether a female has ever borne a litter or not, the tearing must hurt like hell.

Singer Buju to be arrested for spitting on police officer