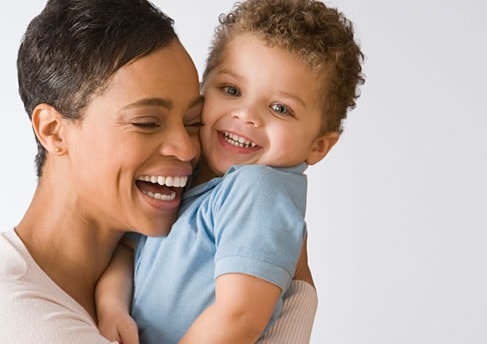 If you take a woman’s baby away right after birth and put it in a group of other newborn babies, would the mother be able to find her baby or recognize its cry, having never seen or heard it before?

When asked this question, counselor and mum Jennifer Osborne has this interesting story to share:

“I would like to share my experience of being able to recognize my baby after it had been taken away.

Diagnosed with preeclampsia at 32 weeks, my son was delivered to me by an emergency caesarean.

I literally glimpsed a strange-looking, blue-eyed baby, somehow resembling an endotracheal tube (note that this descriptive is the only way I could have described him from eyewitness’s memory).

He weighed just over 1kg before he was whisked away to special care.

He did not cry and I did not hold him.

In the meantime, I was very ill for another two days, which resulted in further life-saving surgery.

Due to my health, I could not go to visit my son in the special care unit and so a further few days passed without me seeing him.

All I had was a Polaroid photograph of him placed near my bed – (note that there were no smartphones back then).

One afternoon as I lay on my bed, still very weak from surgery, I heard a baby crying from outside. The impact of what happened next has stayed with me ever since.

In the split of a second that I heard the sound of the baby’s cry, I sprang into sitting position and swung my legs out of the bed.

With a vice-like grip I grabbed the arm of a passing ward nurse and growled through gritted teeth: ‘Who has got my baby!’

The nurse, probably stunned at my demonic reaction, spun around to respond when an approaching nurse announced:

‘Good afternoon, Mummy. I thought that being as your baby is now strong enough to leave the incubator that you might like a cuddle.’

The ward nurse who knew my situation and so was aware of my lack of contact with my child, appeared to realize that something quite special had just happened and she asked me: ‘How did you know that was your baby crying?’

Since the birth I had not seen or heard my baby to recognize him as mine. I simply heard a baby’s cry and instinctively knew that he was mine…

How amazing was that.

Once the reality of what had happened sunk in, I burst into tears because I had been so aggressive towards the nurse.

The only explanation that I had was that my behavior was instinctive.

When I reflected on this later on, I described the experience as feeling and behaving feral.

It appeared to be an innate response to the unconscious threat of someone taking my baby. Conversely, taking into account my personality, the aggression was completely out of character.

I was at that time 21 and a passive person. I was the least likely person to create a fuss.

This moment of connection has remained with me as a constant reminder to trust my instincts.

I happen to have used them again 10 weeks later when I saved my son’s life after he contracted meningitis.

In that case, I just somehow knew something was wrong despite being told that I was wrong.

Eventually, the result of all what I did is that I now have a strong and healthy 25-year-old son who looks nothing like an endotracheal tube!”

3 Comments on “Can a mother recognize her newborn baby she had never seen before?”