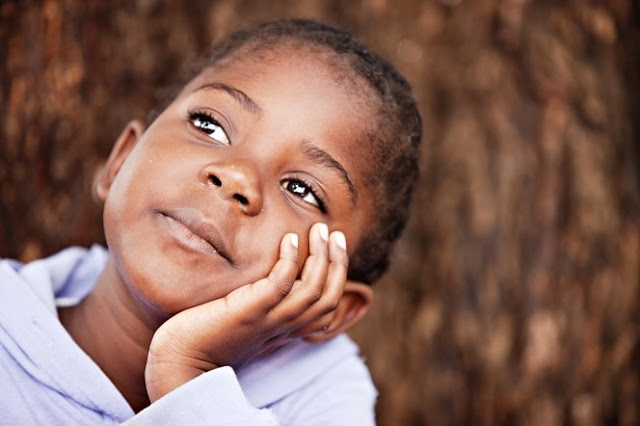 When it comes to being a good parent, Africans do not come close to the list.

From incessant verbal and physical abuse to lack of any plan for a child’s well-being and future, African parents are top on the list of horrible parenting.

The major cause of this seems to be the fact that most of them never really wanted children. True. A lot of African parents decided to have kids for a number of reasons, most of them selfish, but never really because they love the idea of children.

Here are common reasons people of Africa decide to have kids:

The African society and culture shuns barrenness. Getting married and raising kids are counted as one of the major ways to escape being labelled irresponsible. I remember once my dad telling me that his dad [my granddad] had told him that until he got married and had kids, he hasn’t become a man. Such gross line of thought. And in the end you see people only deciding to have kids just to fit in.

In all the common religions of Africa; Islam, Christianity or even the traditional African religion, having kids is revered. People often attribute lack of kids to some punishment by a god or some deity. Nobody takes into account the fact that they may not be financially or medically fit to have kids.

In fact, I think this is the major reason why every African person want kids. Kids are seen as a pension plan, sort of, to fall back on when they’ve become old and can no longer work. In some very civilized countries, the responsibility of taking care of the aged falls on the government and charities. But in Africa, the duty of caring for the old falls on the person’s children, who in turn must endeavor to have their own kids that will eventually take care of them.

A lot of parents today are mothers and fathers because they did not know about, or could not afford condoms or other forms of contraception.

Because we live in a society that counts kids as one of a person’s achievements, it is not strange that you see many people trying to grab this opportunity of a relatively easy way to join the achiever’s club.

6. A second chance at life

A lot of African parents also believe that one day their children will grow up to become all they couldn’t achieve in their own time. This is the reason why even beggars and homeless people struggle to procreate.

7. For an elaborate interment after death

It not uncommon to hear an African saying: “If I don’t have children, who will bury me when I die?” The materialistic culture of my people doesn’t end even in death. Having children will ensure a proper, elegant burial ceremony is conducted once one passes on. In my place, there is a belief that failing to conduct this ceremony the way it ought to be for the dead, that their ghosts will keep coming back to haunt people.

8. To cement a marriage

In Africa, it is also not uncommon to hear people say that because a woman is yet to give birth to a child, her marriage is still shaky. This same ridiculous culture causes the preference for boy children over girls, because, according to some, boys are trees while girls are flowers. The flowers gets plucked once they are ripe but the trees will remain.

Some may now ask me, what then is a good enough reason to want to have children?

To me, I can only find one: commitment.

That is, deciding to have a child, because you are certain you now have the patience, knowledge, energy, time and resources to raise an emotionally, psychologically and physically sound person.

Because being a parent is more about giving than taking.

When you look at it this way, then you will also realize that you must not have sex, get pregnant or impregnate someone to become a parent.

There are just so many kids out there who have no one to care or cater for them–instead of struggling to bring more, why not pick one and give him or her the life that a child truly deserves?

Read My Father’s Story and other works by me HERE.