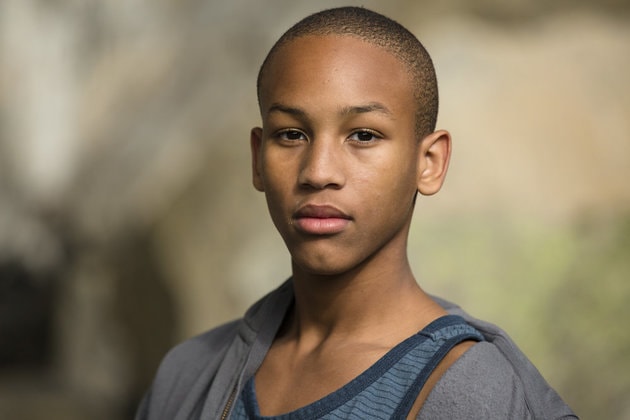 The first time I tried to kill myself I was 16 years old.

It all began on a Friday, just two days before I packed my bags to go back to school.

The day had started off really sweet—it was a day I had for long been looking forward to.

That morning, I woke around 5, should be about the earliest I had ever risen from bed.

I took a broom and actually swept the house—I didn’t sweep all the sand and rubbish under the sofas like I used to do.

I swept them all out and packed them away with a dust pan.

I turned on the TV; a morning program was on. That defunct Africa Magic breakfast show that they normally replayed later on, at around noon.

It was a different Africa Magic back then—the one with a cute logo, red background and a sweet opening tune.

I started getting ready at about 7:30, after my dad had barked at me to turn the TV off, that it was time for morning prayer.

The prayer that morning didn’t last as it used to—Dad was in a hurry too. The school where he taught was resuming for the term too and as the vice principal he needed to be there quite early.

I remember I’d sat up all through the prayer, no sleeping, no slouching, no throwing of head.

No knocking on my head too by Mum to get me to join in the chorus.

I sang loudly along to each song, clapping and twisting once in a while—like Mum was doing.

She would occasionally look at me from one corner of her eye and then turn back to singing.

I know she must have been wondering what had gone amiss—for anytime I turned as responsive as that something must have gone amiss.

Like the day I tried to drive the car when I was only asked to wash it and sent the gold-coloured Toyota crashing into the wall. Story for another day though…

So like I said before, I started getting ready at around 7:30, after the prayer was over.

I broke the safe box and began counting all the naira notes trapped inside.

It came to a figure much lesser than what I had anticipated.

I remember wondering for a moment if someone had tampered with the box.

But nobody could have. It was metal and ugly, safely hidden in the deepest part of my wardrobe.

I used a big, blue paint bucket beside my bed to climb and reach the box whenever I had something to put in. Mostly small cash I got from wise and strenuous bargaining during market errands.

Sometimes, too, I picked money from the house. Dad can be careless with cash at times.

So after counting and re-counting all the notes, I realized it was a dead end.

Not even the China-made of the Motorola Razor I wanted to buy could be sold for that amount.

Thinking for a moment, I reached a decision.

The Sagem My X-2 I was using then, given to me by Mum, would have to go too. I also took along my recently bought and much-loved Walkman CD player, the first true electronic gadget I ever owned.

I would sell them and make up the money to buy my Motorola.

A Motorola with the stylish Bluetooth and not the cumbersome infra-red.

A Motorola that played full-length MP3s and not short, voiceless MIDI tones.

A Motorola with a shiny screen and an unbelievably slim profile.

A Motorola that would turn me into a king when I got back to school!

The biggest device in school then was a Nokia that could play different animal sounds. It was owned by a guy we called Ammonia.

I remember how he’d come back to school with the phone then, and immediately rendered my Sagem useless.

Instead of my desk, they would now gather at his, while he played them all the pre-installed voiced ringtones the phone had come with.

The sounds were loud and very clear, to the amazement of all.

I could yet not find the correct word to describe how miserable I felt then.

But that Friday, as I waited for a bike to take me to the major road where I would see the buses going to Onitsha, part of my life’s force was being restored.

Emeka Offor Plaza was a crazy, chaotic market but I knew my way around.

And when I finally returned home with the Motorola, very trim and charmingly fragile in my hand, I realized then what heaven must be like.

That night I did not sleep.

The phone did not sleep.

We both stayed awake till around 4 am in the morning.

Sometimes, I would say to myself that it was enough, that it was now time to let the phone to rest.

But the next minute, I had turned it back on and was trying to see if the browser would eventually connect.

I did everything MTN said I should do—added the port number, the proxy address, the access point name, everything.

Yet the stupid browser couldn’t open a page.

I finally left it and started playing the preloaded songs and videos. Very cute white people were giggling as they relished every function of the sleek device.

I smiled along with them, obviously feeling just what they were feeling.

But all that excitement, all the magic, everything disappeared just the evening of the next day.

I lost the phone!

I still can’t fathom how it happened.

I only remember walking into my room and looking at the table where I left the phone before going outside—the table just before my window—and I saw nothing.

I remember laughing at first, thinking some supernatural turn of events was at play. Like some mischievous gods from GSM world were only trying to toy with my emotions.

It took several long minutes for me to finally realize the device was truly gone.

There were some guys working at the flat next to ours, painting and fixing things for the new family that would be moving in, but none of them admitted ever knowing anything about a phone, or seeing someone pass through the backyard.

I asked the girl washing near the water tank too, a neighbour’s house help, but she in her strange, incomprehensible manner kept laughing at me as she spread open her palms in lack of knowledge.

That night, I tried to kill myself.

I mixed Coke and Fanta together in a cup and let it get really cold—to the point that it rattled my teeth.


I then sat down and drank the mixture.

…based on true-life story.

2 Comments on “Short Story: The First Time I Tried to Kill Myself”