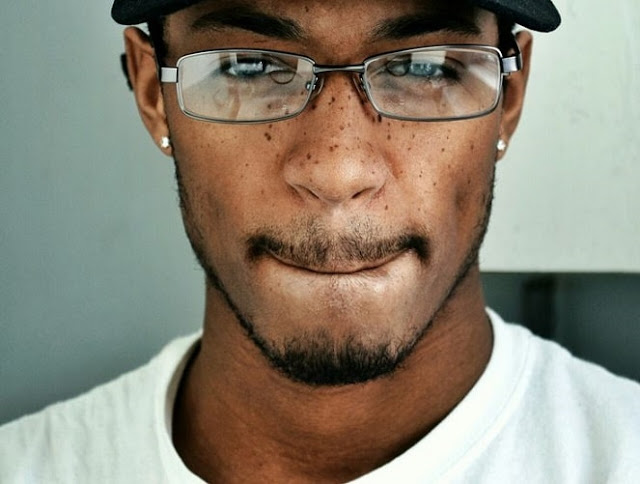 When Keegan Hirst became the first active professional rugby player to come out as gay, I was thrilled for him.

As the likes of Emma Watson and Stephen Fry applauded the 27 year-old’s courage, I waved my metaphorical rainbow flag from the sidelines.

But my heart also went out to his wife.

For she is now part of a group of which I am myself a member – a straight woman who, unwittingly, married a gay man.

There are a lot of us out there, but this surprisingly large community is as closeted as any 19th-century MP.

As our spouses are praised for coming out, supported by a well-organised community – Hirst got a roar of approval last month when he was brought on stage by Sir Ian McKellen at Manchester’s Mardi Gras – we often find ourselves feeling more isolated than ever.

Just as the life we thought we had evaporates, we have to face some painful questions, not least: “Surely you must have known?”

My first inkling that something was amiss came 15 years ago, and it was nothing short of a bombshell.

We were both single, in our late 20s, and had had several previous relationships. It didn’t occur to me to question his sexuality when one day he asked me out.

We went for a meal, and ended the night with a pretty good snog on my doorstep.

It wasn’t long before we were an item. We told our colleagues, met each other’s friends, went on holiday together – once with some gay friends of mine, who didn’t suspect a thing either.

We dated for four years before getting married, in a church surrounded by all our families.

I sold my London flat and gave up my job to set up a home with him in the country.

At no stage did any alarm bells ring.

My husband is fantastically untidy, can’t cook and doesn’t like musicals. But that doesn’t make him straight.

He was in the Territorial Army, so it wasn’t unusual for him to spend weekends away. He’d been doing this his whole adult life, and I’d never be sure how late he’d be home on a Sunday.

Being the trusting soul that I was, I believed him when he said that training had overrun again, the traffic on the way back was terrible, and he must have been in a mobile blackspot on the motorway when I rang for the umpteenth time.

It was not until I started looking that I found out why.


My first inkling that something was amiss came 15 years ago, and it was nothing short of a bombshell.

Tidying the house one day, I found a postcard he had been using as a bookmark. It had been sent to him by another man, one he had clearly been seeing for some time. Its content was graphic and entirely unambiguous.

I burst into tears, the first of many howlings at the moon. When he came home from work, I confronted him, more in sorrow than in anger (I’m not the kind to take pinking shears to his wardrobe).

We sat at the kitchen table and talked and cried. I realized there’s a difference in finding out about an infidelity, and that your partner is gay.

As Sara Hirst, Keegan’s wife, recalled at the weekend: “I was shocked, but… it was almost like ‘Oh, you’re just gay…’ It was surreal, but I was kind of fine. I was never angry because he was gay. I’ve got gay friends. It was thinking ‘Was it all a lie? Why have you strung me along? Was our marriage all a sham?’”

As we sat there, I thought he would now finally come out to me. The biggest shock was that he didn’t: in fact, he denied he was gay at all.

We went to counselling, together and separately, and he persuaded both me and the counsellor that he was, infact, bisexual.

He was adamant that he wasn’t “100 per cent gay”. It’s very hard to grasp that someone is not who you thought they were – but I wanted to believe him.

I was, and still am, in love with him, so I gave him another chance. If he was bisexual, couldn’t we just resume our marriage?

We tried starting a family.

I was 37 at this point and we’d been talking about having a child for a while. I knew my clock was ticking, and if I split up with him, by the time I found someone else, it would have been too late.

If I’d been 25, I probably would have ditched him. He would have been a brilliant father, too.

Fundamentally, our relationship was good: we had converted a barn in the country, we loved our dogs, we had a great set of friends. We both loved gardening, travel, art and architecture.

We were having a great time. This was the life I wanted. I was committed as much to the lifestyle he offered as much as the man himself.

I weep for my precious memories of our sex life, when I can only suppose he was pretending to enjoy himself.

After we went to counselling, I chose to stay with him.

A lot of wives wouldn’t have – but I’d never wanted a marriage in which I was constantly on his case.

That was 15 years ago. I still don’t know how many guys there have been, how many times he visited a club or sauna on his way back from a TA weekend. I thought about hiring a detective, but there was no need.

I’ve found ticket stubs for gay venues in his trouser pockets as I’ve put them into the wash, membership cards to gay saunas in his wallet, gay magazines in his briefcase, gay hook-up sites on his browser.

I’ve also made a conscious decision to stop looking for “evidence”.

Did I never suspect?

Not once – though when I found out, it was as if I’d put on glasses and everything came into focus.

I had queried whether the relationship was right, but not his sexuality.

What hurts the most is that, since the day he took our wedding vows, he has never committed to being monogamous. Perhaps foolishly, I’ve never looked elsewhere myself.

I’m terminally monogamous, and didn’t want to go down that route; I wouldn’t like the person I would have become.

In my darkest moments, I think I am simply a front, and I weep for my precious memories of our sex life, when I can only suppose he was pretending to enjoy himself. At other times, I think he cares for me very deeply and our sex life was, if not all he wanted, at least a part of it.

We haven’t had sex for a long time, not for a decade, but we don’t have separate rooms. We’re still quite touchy-feely. Is this really any different from any more conventional marriage?

Over time, most couples’ sex lives decrease and turn into companionship. Would mine not have followed the same trajectory had I married a straight man?

I can sympathize with his decision not to come out – we live in a rural bit of Britain and I testify to overhearing some shockingly homophobic comments – but his decision to remain closeted has made my life harder.

Now in our fifties, we will soon be going through a divorce without being open about the real reason: his family and many of our friends will be bemused and uncomprehending; why on earth am I tearing apart my apparently very nice life with an absolutely lovely man, and at my advanced age?

Those of my family and friends who do know are equally bemused; why, if I’ve known for 15 years, bother to divorce him now?

Well, to be honest, I’m just tired of it all. Being married to a gay man has been a gilded cage.

Since I found out, I have been waiting for the sword to fall – though I didn’t realize what a weight it was until I made my mind up to leave.

I have had to steel myself mentally for the day my husband tells me he has found the courage to come out, or for the knock at the door from a long-standing boyfriend.

I have speculated whether it will be a mid-life crisis or the death of his parents that will finally push him out of the closet.

I have asked myself every single day, should I stay or should I go? But I don’t really want a divorce – I just want to unmarry him.

If my husband ever chooses to come out, I know I won’t be surrounded by a wave of affirmation and support as I face up to life on my own.

I won’t be a hero – though I am as much a victim of society’s bigotry as my husband.

For our estranged partners, it is the end of a painful journey.

For us, it is just the beginning.

The writer of this piece would prefer to remain anonymous.

Visit THIS PAGE to find how to submit stories to DNB Stories.