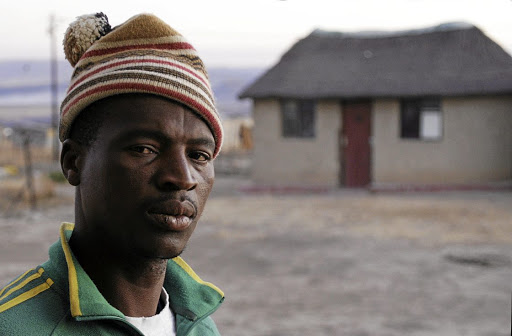 When Inyanga Nino Mbatha walked into the Estcourt police station, officers wondered why he smelt so bad.

“He reeked of something,” an officer told the Sunday Times.

The officer, who was an acquaintance of the well-known traditional healer, said policemen were not immediately sure what the smell was as Mbatha walked up to their desk that Friday evening.

They would later find out in grisly fashion.

In the bag Mbatha carried were putrid body parts – a piece of a leg and a hand.

“He said he was coming to report that he was tired of being made to eat human flesh and wanted out,” said one of a group of officers close to the investigation.

“He produced these putrid limbs and some colleagues ran off.”

This stomach-churning interaction led to the uncovering of a deep, dark secret in the KwaZulu-Natal Midlands town.

If police, community members and even the mayor are to be believed, people in Estcourt have been eating human flesh as part of a saga involving body parts for muti [traditional African medicine].

Five men were arrested on charges of murder and conspiracy to commit murder, and for the possession of human body parts.

The men – Mbatha, Lungisani Magubane, Khayo Lamula, Mgabadeli Masondo and Jobe Sithole – were to appear in court for a bail application.

Police believe that in at least one case the body parts came from a woman who was murdered by the men.

The Sunday Times established that at least three graves were dug up in June.

Two of the desecrated graves are in the town’s Forderville Cemetery, while the other is in a traditional burial site.

When the Sunday Times visited the area, it found a community shaken to its core.

When night falls in Estcourt and its surrounding rural villages, residents hurry indoors. Only those who work late shifts or who absolutely have to be are on the streets – and they are usually walking hastily to get to the safety of their homes.

Estcourt mayor Jabu Mbhele, a resident of Ward 18 in Esigodlweni, where Mbatha comes from, said killings and mutilation of bodies were not new in Estcourt, especially in her area.

Mbhele who once attended a community meeting recounted how families spoke out about missing family members and the discovery of mutilated bodies.

“In that meeting we learnt of horrible and disgusting practices. People told us the suspects had said if, for example, they ate a raw human heart, it will make them brave and fearless,” she said.

Mbhele said she was aware of the three desecrated graves – and fears that similar occurrences might show that the cannibalism horror is even more widespread than feared.

“I would not say the [five] suspects are linked to this, but around the same time [as the three graves were desecrated] other graves in Wembezi township, including one that belongs to my husband’s relative, were violated,” she said.

Her son Mongezi Mkhize was shot dead by his elder brother, Sithole’s oldest child, as he was trying to protect his mother.

In June, some five-and-a-half years later, the grave was dug up, police confirmed.

Nothing could have prepared Sithole for the news. “I cried. I asked what it was that God was punishing me for,” she said.

Her pain was aggravated when she found out that one of the men arrested for dealing in and eating human flesh was Mkhize’s brother-in-law, Magubane.

“The fact that he could have eaten him just makes me sick to the stomach,” she said.

According to Sazi Jericko Mhlongo, the national deputy president of the Council of Traditional Healers of South Africa, an insatiable obsession to make quick money was fanning the killing of people for body parts.

“This is degrading our profession and the love of money is perpetuating dangerous myths.

Till today, there is no specific law against cannibalism in South Africa.

This is according to a senior lecturer at the University of KwaZulu-Natal’s School of Law, Suhayfa Bhamjee.

However, she said, there are a number of other common law and statutory crimes that can and have been used to prosecute such incidents, depending on the facts of each case.

“The issue of cannibalism has historically been prosecuted under murder, violating or desecrating a corpse and declaration of the accused as a dangerous criminal.

“The act of cannibalism itself, however, has been treated as a mental health issue, although not unconnected to the main charge.

“Persons who are the accused in matters involving cannibalism are, it would seem, routinely sent for psychological evaluation,” said Bhamjee.

She said cannibalism, although morally reprehensible, was not a criminal offence in and of itself.

“Cannibalism is not a crime in South Africa.

“It is also not a crime in Germany, Russia, the UK [with some stipulations] and some states in the USA,” she said.

One Comment on “The South Africa men who dig up and eat corpses!”