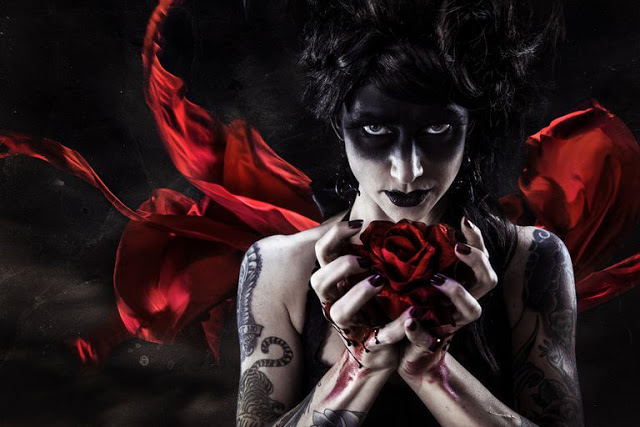 A few people have had the misfortunate of meeting real demons in their lives.

One such entity that some people encounter is a succubus. A succubus is a demon in female form that appears to men. Interactions with a succubus can lead to intense injuries or even death.

There is a male counterpart to a succubus known as an incubus. Both beings are deadly and have evil intent towards their victims.


Both creatures have been featured in literature and movies and other works of fiction, but many believe them to be real and incredibly dangerous.

To encounter a succubus is to be in danger of death, but some people have survived the meeting.

Read below about one man’s encounter with a demon and how he survived.

In December 2012, in Bakersfield, California, a young man named Ethan had a demonic encounter.

After returning from school, Ethan was tired and worn out, but still had plenty of homework to do. He worked late into the night, before finally collapsing into bed.

He fell asleep instantly but did not sleep soundly. He dreamt that an evil being was in his home and it was trying to get into his room. It finally broke in, and as soon as it did, Ethan jolted awake with a ringing sound in his ears.

Ethan felt the demon; it was on the wall behind his head, holding Ethan’s limbs down. It had something in his ears, and his left ear began to vibrate violently. The strange sensation spread to his right ear, as well.

Ethan fought as best he could, but could not break free. He cursed at the being and tried to free his arms or legs. The demon only laughed at him, an eerie and horrific sound that was neither deep nor high-pitched.

The demon cried out “soon!” and released Ethan. Ethan sat up rapidly, leaping out of the bed to turn on the lights.

But when light flooded his bedroom, there was nothing out of the ordinary. However, Ethan’s dogs were acting abnormal, barking, leaping at the door and trying desperately to get to their owner.

He went to the bathroom and was startled to see his reflection in the mirror. His eyes were blood shot, with the whites of the eyes completely red. Ethan realized he had been visited by a succubus demon.

Ethan remains terrified of the demon returning but has not had another incident ever since.
Surviving the Succubus

Ethan’s story is remarkable in its detail, but also because he survived his encounter with the demon. Most who come into contact with any demon, let alone a succubus, does not live to tell the tale.

Is the succubus real?

While evidence is hard to come by, there are plenty of people like Ethan who have very similar stories about their encounters with demons.

Either it is an elaborate hoax with people working together to come up with a consistent story, or something more sinister is at work.

Stephen Wagner is a paranormal researcher and author of “Touched By a Miracle: True Stories of Ordinary People and Extraordinary Experiences“.