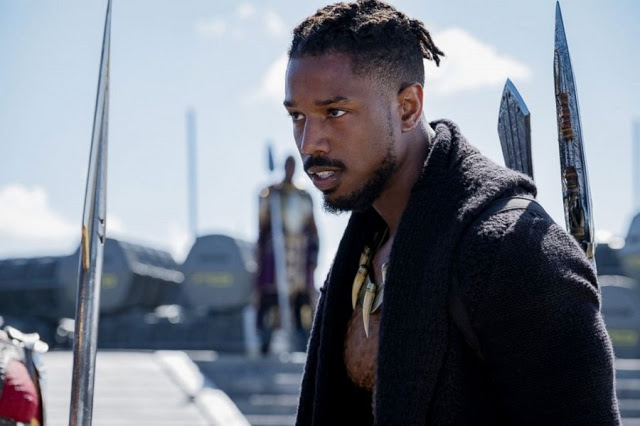 I just came back from the theatre and I must say I felt a little under-dressed.

I was, actually, but that is another story. Theatre goers were out in style.

Many wore traditional clothing, others in fabrics from African and Caribbean cultures.

And the the hairstyles, OMG, were so breathtakingly beautiful.

The men were just as bedecked as well.

I…feel terrible saying this, because I get how vital this movie is in terms of representation.

But I wasn’t that impressed.

I mean it was good, but I was not blown away, as I would have liked to have been.


a. It was perfectly cast.

Not a single weak link, each one was incredible. Shout-out to Michael B. Jordan, one of the best villains Marvel has ever produced. He matched Tom Hiddleston for charisma.

Also, Winston Duke stole every scene. In a strange way, Chadwick Bosman almost seemed outmatched by them. It’s hard to stand out, (and he’s really an amazing actor) when you’re playing such a top notch cast.

Princess Shuri is adorable and badass and funny. Nakia and Okoye are masterful in their differing approaches. Queen Ramonda is a pillar of strength!

There are some shots that were breathtaking, such as filming upside down when N’Jadaka takes the throne.

They were clever and original. And the Korea scene…masterful.

e. The film was able to show a real sense of the true cost of power and the need to maintain it.

The Black Panther showed onscreen kills, and showed a lot of moral grey. The killing of Prince N’Jobu was amazingly bleak, and showed a real edge.

Killmonger killing his girlfriend, shooting her right through the chest, was lethally good.

It’s hard to reconcile an advanced culture that is a religious monarchy. It’s a bit creepy to have this all powerful God king ruling over you, and it is hard to believe that for hundreds of years, every single Black Panther was a good and worthy ruler.

Not a single bad egg? Seriously?

The clear power structure. There is a royal family who is clearly in charge. Yes, they can be challenged, but only by someone of royal blood. And all the common people accept it.

It didn’t feel like a living breathing culture, with a history. Asgard felt like a magical Norse world.

Wakanda didn’t seem cohesive, a real world, it felt like everyone there was basically extras who existed only to fill scenes.

I didn’t get the sense people were living real lives there. There was too much synchronized movement in crowd scenes, and not enough shots of the ordinary culture. I wanted more of Wakanda.

Outside a few really awesome scenes, the dialogue was so on the nose, without a hint of subtlety. Seriously, no one talks like that.

I love her, but what did Wakanda do before she was born?

She designs the trains, she designs the healing machines, and the technology. They are supposed to be an advanced culture. Surely, they had stuff before her.

Come on, I get her being brilliant, but there’s a limit between brilliant and just plain plot fodder. “We need someone to do this, give it to Shuri.”

T’challa surviving that fall made absolutely no sense to me. He was a regular human, he should have been crushed to bits.

Shuri painting her face before battle. Ummm, how did she have time to do so in the two minutes she had before she emerged?

Elke Weiss is a writer, both fiction, journalism and content.

Sadly, she is also a lawyer, with degrees in Law, Jewish History and Urban Planning.
Email: elahweiss@outlook.com