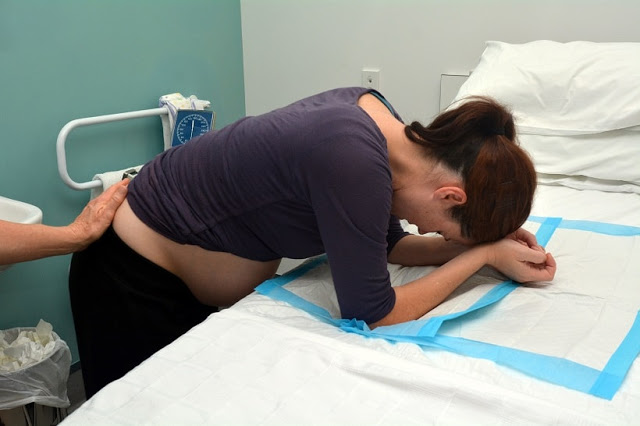 Among other things, we walk oddly (on two legs) and we have curiously big brains.

We bear large babies with active and highly developed brains but with pitifully inept bodies. Despite what would seem evolutionarily unfavorable, one in 1,000 human mothers have a baby whose head is too big to fit through the birth canal, which necessitates a cesarean section, if medical care is available.

Virtually all human mothers experience pain in childbirth, and delivery takes much longer than in other mammals.

In comparison, apes and monkeys generally give birth within two hours.

Cross-culturally, assistance in childbirth is almost universal. Although evolution ought to favor low-risk, easy deliveries, this is not how it turned out for humans.

To understand why, we need to consider advantages and disadvantages of more developed newborns, wider hips in the mother, and the metabolic demands on the mother.

Human newborns are unique among mammals in that, unlike other singly borne offspring, our babies cannot immediately get up, feed, and walk around like a newborn foal; yet our newborns’ brains are much more active than those of a litter of helpless newborn pups with their eyes still closed and their ears unable to hear.

Thus, in comparison to other animals born one at a time, human babies are born at an earlier developmental stage, before their bodies have developed enough to walk around.

This strange mélange of two basic adaptive strategies—an active brain with an inept body—is widely thought to have evolved because our unusually large brains and our peculiar, bipedal mode of getting around produce conflicting demands. This explanation is called the obstetrical dilemma.

In humans, the size of the head of term fetuses is a tight fit for the mother’s bony birth canal. According to the obstetrical hypothesis, we need a wide pelvis to bear big-brained babies but a narrow one to walk or run efficiently.

The compromise between these opposing needs is to carry babies as long as possible so that the brain can grow in utero and then—just before the baby’s head gets too big to fit through the birth canal—deliver the infant earlier relative to when other mammals deliver theirs.

The work of reproduction isn’t finished then. For the first year after birth, human babies continue to develop rapidly at a fetal rate in both brain size and body maturity—a risky strategy that calls for a great deal of investment by the mother. Not only must she grow the baby inside her womb for 9 months, but also she must continue to care for and protect the helpless infant for another 12 months after birth.

She also continues to nourish the baby with breast milk, if we ignore the relatively recent invention of formula or other substitutes. To grow into big-brained adults, our mothers have to give us a great deal of care and feeding.

Of course, fathers make genetic contributions to the baby and can ease the mother’s task substantially if they provide for or protect the mother of their offspring.

As Robert Martin quips in his new book, How We Do It, “We get our brains from our mothers,” genetic contributions from the father notwithstanding.

What mothers do for their babies is meet their enormous metabolic needs, enabling baby brains to grow big before and immediately after birth.

The prolonged period of breastfeeding needed by a human baby is the most energetically demanding period of a female’s life. A mother may even allocate her own brain during pregnancy, losing some 4 percent of its volume, to meet the energetic demands of her baby’s brain.

(The loss is regained, fortunately, in about six months.)

Some have speculated that the reason female mammals are often much smaller in body size than males is so that the lifetime energetic needs of a female, who experiences metabolically demanding pregnancy and lactation, will equal those of a male.

This article written by Pat Shipman (professor emerita of anthropology at the Pennsylvania State University) first appeared on The American Scientist.