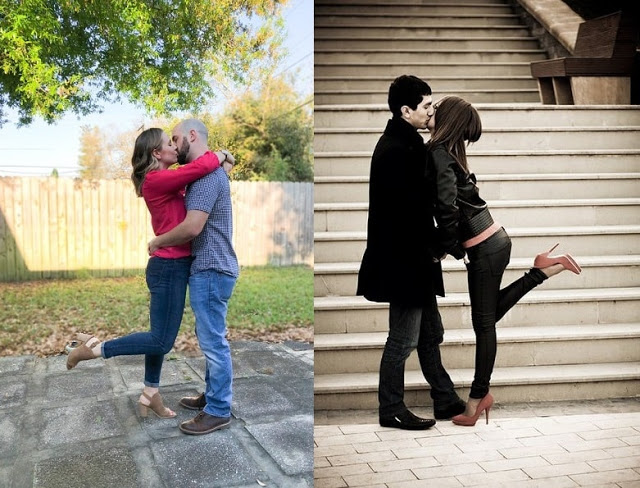 It’s a culture that has lasted several generations, probably way before it even became popular in romantic movies.

It’s called the “foot pop”— that act that women, when kissed passionately, subconsciously kicks back one leg.

You may refer to this iconic clip from The Princess Diaries:

So relevant has the foot pop become that people now judge the genuineness of an affection by it.

It is now easily believed that if one feels a certain way about a kiss, then a foot pop is inevitable.

So where did the behavior and its importance emanate from?

Sure, American romantic comedies of the ’80s and ’90s may have popularized the foot pop.

But many argue it could be decades older than that.

In fact, it might even date back to the iconic Times Square kiss photo from the end of World War II (see below picture), where a surprised woman slightly lifted her leg in the middle of kissing a solider just returning from war.

Since that iconic embrace, couples on the silver screen have, in a way, inherently fooled the dating public.

We’ve since been taught that, in order to truly show that a kiss is screen-worthy, a foot pop is essential.

Justin Garcia of the Kinsey Institute also agrees the foot pop is a “socially scripted” behavior.

“I don’t know of any data about why people (women?) raise their leg during a kiss in movies. I suspect it’s socially scripted—a way to express passion, like a toe curl,” Garcia pointed out to Salon.

One Comment on “Why women raise one leg when they kiss”