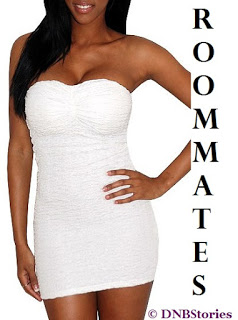 Mrs Onwa gripped the door to Harry’s ward and pushed it open.

Harry sat with his back to the wall on the bed, holding up his iPad. He was chatting with his assistant.

She wore a short cream-colored jacket over an emerald green dress. Her glittering clutch purse and tall-heeled gold shoes gave the outfit an impressive lift.

‘Where is my dad?’ Harry asked her.

Most of his bandages have been removed; only a strip that ran round his forehead remained.

‘Come on, son, this is no way to greet your mum, is it?’ Mrs Onwa said, staring at her stepson.

‘You are not mum,’ Harry said.

Mrs Onwa smiled. ‘You can be mean to me all you want, boy, the fact remains that I am already who I am and, my boy, that, I shall remain.’

Harry turned his eyes straight and said nothing.

Mrs Onwa unhooked her purse and brought out some sheets of paper folded into two from it. She threw them at Harry. ‘Here, your copies.’

Harry picked the sheets. ‘What is this?’

‘That, my dear, is the suspension of your duties as Board Executive. You’ve been sick for a week and it is according to policy that this happens. I will be in charge till your full recovery, and let us hope that it is soon. I’m sure you know the other stipulations of the Act even more than I do.’

‘You are a beast!’ Harry screamed at her. ‘A scheming monster, that’s what you are!’

‘Mm-mm,’ Mrs Onwa said, gesturing with a finger. ‘For the good of you, I’d advise you bring down your voice. An accusation of mental illness can unseat you faster than what I have in plan.’

She hooked back her purse. ‘Have a good day, my dear son.’

She walked away, her shoes clacking behind her.

She was driving out of the hospital when a young lady passed her car.

She stopped and wound down her glass. ‘Hello, young lady,’ she called.

Gift pulled her dark sunglasses off her eyes. ‘Good afternoon,’ she greeted.

‘I believe you are the young girl my son is seeing?’

She opened her glove compartment and picked a white card from it. She handed it to Gift. ‘Come by my office before noon tomorrow. There is something I’d like to discuss with you.’

‘Good.’ Mrs Onwa added a small smile. ‘And please do me well and keep your mouth shut, I want my son surprised.’

Gift returned a knowing smile and nodded. ‘No problem, ma.’

The glass window of the 2013-Model Honda Civic slid back up and Mrs Onwa drove away.

Rachel removed a round blusher plate from her bag and sat down on the plastic chair.

The knock came again before Georgina could get to the door.

There was no response; instead the door was pounded again.

Rachel’s face swung to the door, her eyes turning wide. ‘Please don’t open the door,’ she said in a whisper.

Georgina’s hand was on the door handle already. She turned to Rachel. ‘Why?’

April turned to her. ‘Is everything alright?’

Rachel nodded and shook her head at the same time. Fear streaked her eyes as she stared at the door.

The door was pounded again.

‘Who is that?’ Georgina screamed.

‘Open this door before I break it open!’ came a harsh male voice from outside.

‘Oh my God, he found me!’ Rachel sprang up from the chair.

She carried her bag, threw back in what she removed and picked her shoes.

April stood up at once. ‘Rachel, what is wrong?’

Georgina walked back to her. ‘That is the man you stole from, is it not?’

‘What?’ Rachel appeared confused by the question.

‘Open this door!’ the voice from outside came again, louder and harsher.

Georgina’s eyes went narrow in anger. ‘What did you steal?’

Georgina waited and then turned to head back to the door.

‘Please,’ Rachel cried. ‘It’s a long story but you must believe me, I haven’t stolen a thing in my entire life.’

‘I don’t believe you,’ April said to her, looking very disappointed in the face.

‘What are you running from?’ April asked.

‘My husband!’ Rachel cried. ‘I’ve been running from him ever since, please save me, I’m tired! I’ve tried.’

Georgina continued to stare at Rachel, and then she swallowed a large ball of air and let it out.

She picked her pair of jean shorts from the top of her bag in the wardrobe and wore over her Ralph Lauren polo shirt.

She walked to the door.

‘Georgina, what do you want to do?’ April asked.

Georgina held the door handle and pulled the door open.

A tall and big man flew into the room.

‘I’m not going anywhere with you!’ Rachel continued to struggle. ‘Leave me! I’m not going back to that house!’

Georgina went and locked the door. ‘Leave her alone!’ she said.

‘I said leave her alone!’

The man pushed Georgina aside to open the door, his other hand still grasping a struggling Rachel.

‘I said leave her!’ Georgina came back to him with force, pushing him to the wall.

A shard of glass left a nick on the side of the man’s neck.

Angered, he gave Georgina a hard slap and pushed her off.

Georgina fell away with the reading table, her head slamming into the wall in the process.

The man grabbed Rachel again and opened the door.

But before he could pull her out of the room, something hit his head.

So hard that he slumped.

‘You don’t mess with any of my roommates,’ April said and dropped the high-heeled shoe she was holding.

April ran and helped Georgina up.

Rachel continued to pant and suddenly dropped to the floor.

‘Rachel!’ April and Georgina ran to her.

Other students that rushed to their room stood at the door, gaping.

Slowly, the man came awake. He got up and staggered away, holding a side of his head.

Downstairs, he entered the black Jeep he’d come with and drove off.

Georgina ran into the bathroom.

April threw a shirt into the bucket she brought, wrung it slightly and started to wipe Rachel’s face with the damp cloth.

Georgina stood and asked the students crowding the door to move back.

Rachel twisted to a sitting posture on the bed.

She turned to Georgina and said, ‘Thank you.’ Her voice was weak.

April inhaled deeply and nodded too. ‘I think you owe us some explanation,’ she told Rachel.

She pulled back into the wall and Georgina joined them on the bed.

But before she could begin, she glimpsed on something and pointed around Georgina’s head. ‘Oh my God! Your head!’

‘Your head, it is bleeding.’

Georgina touched the side of her head, the part that had hit the wall when the man pushed her.

A line of blood was trickling down to her ear.

April saw the blood on Georgina’s fingers and sprang up. ‘Oh Christ!’

Her eyes rolled up and she collapsed to the bed.