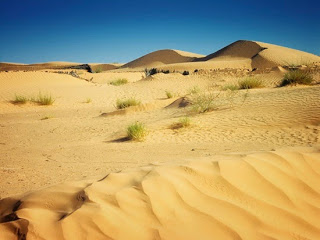 Chinelo heard her cough and rushed into the hut. She held Ihuoma at the shoulders. ‘Rest now, my dear. Rest.’

Chinelo’s eyes receded in sadness. ‘He did not cry, my friend.’ She shook her head slightly. ‘He did not.’

Ihuoma managed a nod, turning blank eyes up. The ceiling of the hut was made from hewn palm trunks.

A teardrop fell off Ihuoma’s left eye and trickled down the side of her face.

Chinelo stared at her. She would have given anything to give the grieving woman a different news. The news of a baby that was born hale and hearty, whose cry was so piercing far neighbours heard.

The news of a warrior’s son, brought forth by a woman whose beauty was evidence of the existence of gods.

‘Where is my husband?’ Ihuoma asked, her eyes still up at the ceiling. They were empty still, and hollowed. ‘Where is my strength? Where is he? Is he not supposed to be here by my side at this time? Or has he forsaken me?’

Now she turned her face to the nurse. ‘Tell me, has he finally forsaken me?’

Chinelo was slow to speak.

Chinelo shook her head stiffly. ‘No, no, my dear. Clear that thought away quickly, for I tell you now, your husband’s absence is only for the good.’

‘Do you lie to all the women whose children you birthed or only to the unfortunate few such as me?’

‘I have not said a lie, my friend. Your husband has embarked on a journey to find a cure.’

‘Yes, a cure, good daughter of Aban.’ It was Akuenwe’s voice this time. The old priestess trudged through the door of the hut and came to stand by Ihuoma’s bed. ‘The gods has revealed that in Uforo, lies the solution to your predicament. Ebubedike should be approaching the land as we speak.’

‘The land of raging sand?’

Ihuoma began to cry. ‘My husband left to Uforo unaccompanied? Is that not the way he’s chosen to end it all? Is that not a plan to suicide?’

‘Still your tongue, child! Say not the things that will provoke both gods and man.’

Ihuoma continued to cry. Chinelo dropped on the bed beside her and folded her in her arms. ‘You must be calm now, my friend. He will return to you in no time.’

Akuenwe turned her face to the ceiling. ‘He will return. It is a journey he has ever been destined to make. The gods are behind him.’

She turned and walked out of the hut.

Nhi was the gatekeeper’s name. And he was not a particularly friendly creature. He was a master of mischief and trouble.

Many times, he’d denied travellers of the New World passage, wherever it may be they were headed; Uwoma— the ancient forest of the Good, Uforo—the land of sand and dust, Akwelle—the dwelling place of the Earth Goddess or the snow mountains of Otulu—wherever.

Their eyes rotated round the space.

Soon, cracking noises came from inside a big rock lying at a corner in the depression. A short, stocky man cracked out of the rock.

His face was dark and ugly; bushy eyebrows framed his eyes, an enormous grey moustache drooped over his mouth and a profuse beard hung down his chin. He wore a sleeveless jute shirt and a short skirt.

He stared at the travellers with hooded eyes, as though angry they’ve disturbed him.

‘Greetings, gatekeeper.’ Ebubedike greeted him with a small bow.

‘Save your toadying, warrior,’ Nhi barked. ‘You bow now to greet me, yet you know what scorn lies deep in your heart!’

‘I will not disrespect a man that is older than my ancestors,’ Ebubedike said.

‘Silence! I wish to hear no more.’

Ebubedike nodded. ‘It is not my wish to upset you, wise one.’

‘To what do I owe this unprepared disturbance?’

‘Uforo is our destination. I am told that there I can find the cure to my wife’s childlessness.’

‘So you choose to make this journey now?’

‘I do not understand, old one.’

Nhi grunted. ‘Wisdom is hardly what you associate with warriors. Their brain rust faster than iron.’

Ebubedike’s eyes pulled back. But he fought hard to hold his anger.

Nhi turned to Anene and Ngeli. He broke into laughter.

Nhi continued to laugh. ‘Warrior, really, this is the best you could do?’ he said in between laughter. ‘You prepare for a journey to the unpredictable land of dust and you choose to bring two women along?!’

‘Of course, of course,’ Nhi quickly corrected. ‘You are not a woman…not yet. A woman you would soon grow into, only now you are still but a little girl!’ The creature burst into laughter again.

Anene burst toward him, but Ebubedike waved him to stop.

Ebubedike took a step closer the amused creature. ‘Strength, old one, is hardly what you see in the face. Strength lies here’ –Ebubedike beat his chest—‘in the deepest chamber of the heart.’

He gestured at his companions. ‘They have agreed to escort me not on my own pleading, but out of their selflessness and courage in heart. That, old one, is strength in its purest form. I am only disappointed someone as old as you do not know it.’

Now Nhi stared at Ebubedike with eyes rolled upward, as if trying to digest his words. ‘Where did you say you are headed again?’ he asked, his voice now grudgingly quiet.

‘Mmm. The land of the sand waddlers, I see. ’ Nhi pulled at his long beard, humming. ‘I will grant you access,’ he said finally.

‘Thank you, old one,’ Ebubedike said.

Anene said nothing to the creature.

They turned suddenly back to the creature.

‘Oh no, no, nothing of that much importance. Only I used to know a desertling I bear dear in heart. If it happens that you encounter him alive still and unmad yet, could you please tell him that I still have not forgotten?’

‘I shall gladly deliver your message, wise one,’ Ebubedike said.

‘What is your friend’s name, gatekeeper?’ Ngeli asked.

Pointing ahead, he screamed, ‘That way then!’

Their eyes followed his stubby finger. A huge heap of yellow sand had appeared ahead of them.

They rushed to the sand and it disappeared with them.

They fell onto scorching sand.

They quickly got up and slapped dirt off their bodies.

Everywhere was sand, dry and bare. Not a single living tree was seen. The sand stretched far across the horizon in undulating mounds of yellow.

Above, the sun shone with fury, uniting with the sand to spread gold across the prospect.

Ebubedike turned round and then back. ‘I say we move front,’ he said.

The hot sand impeded movement. Each step was a laborious struggle.

They had walked a substantial distance and the scorching sun had much abated and the sky above turning blue, when they saw the creatures.