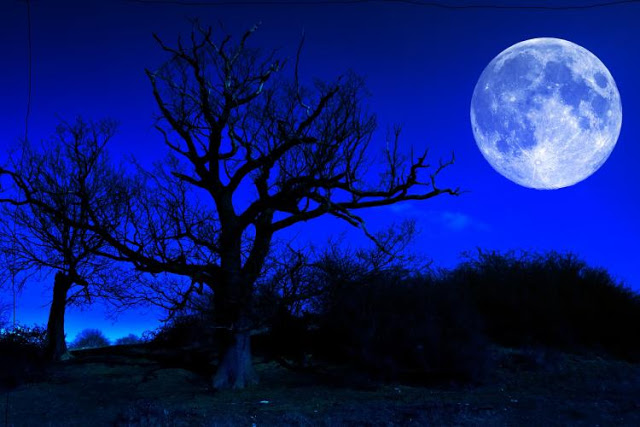 Amaka dropped the bundle of sticks near the tripod in the kitchen shed.

At the veranda, Chinelo sat with her legs extended and crossed. A plastic tray containing beans was on her thighs.

‘What more can these weevils do to me, eh?’ she murmured as she picked away the tiny, black insects and the damage they’d done.

‘They said I should use pepper, I did,’ Chinelo continued to murmur. ‘Add ash, they advised. Did I not obey? Yet what do I have in the end?’

She held the tray at the edges, shook it slightly and then blew at the beans.

Amaka dropped the dwarf machete on the top step of the veranda and the object made a clanking noise on the cement.

Chinelo looked up. ‘Nne m, you are back?’

Amaka ignored her. She walked past her eyes into the room.

Her little boy was sprawled on the long couch in the sitting room, snoring and salivating.

The springs of the seat had gone weak and the boy was nearly buried in the hollow his weight created in the middle.

When she walked out to the veranda again with James, sleepy-eyed and yawning, now clinging onto her, Chinelo turned to scowl at her.

She walked to the plastic chair some distance from the bench Chinelo was on and set the boy onto her lap.

Chinelo pretended not to hear. She shook her tray of beans again and blew.

‘Mama, I will be going to Lagos tomorrow.’

Finally Chinelo’s attention was gotten. She turned to her. ‘Is that why you woke up a sleeping boy, eekwa?’ she asked her.

‘He’s been sleeping for a long time,’ Amaka said.

Chinelo turned back to her tray. ‘Amala ya ezuwolo m o…’ she began to sing.

‘Mama, I will be going to Lagos tomorrow.’

Chinelo swung to her. ‘Where do you know in Lagos that you want to go, eh, Nwamaka?’

‘I have his address, I will find him.’

‘Did he ask you to come and find him?’

‘Did he not say he will return for Christmas?’

Chinelo’s eyes pulled back into their normal position. ‘You will not go anywhere,’ she said. ‘We will both stay here and wait for him, inu?’

Amaka shook her head. ‘I will go, Mama,’ she said. ‘If he has decided to abandon me, will he abandon his child too?’

Chinelo said nothing else.

‘Mummy, is Lagos where Papa is?’ James asked.

‘Yes. Tomorrow we will go and meet him there.’

‘You will not go to Lagos,’ Chinelo said. ‘I will give you money, go to Agatha’s shop and use the teliphone again.’

‘Mama, the number is no more in use. I will go to Lagos and find my husband.’ She rose with the boy and entered inside.

In the morning while Amaka was getting ready, Chinelo came to sit on the veranda, looking solemnly into the misty morning.

Amaka came out with James perching on her side and her leather bag hanging from her shoulder. ‘Mama, we are set.’

Chinelo only joggled her legs, saying nothing.

Nothing came from the old woman still.

Amaka held her son firm to her side and walked off.

Chinelo shifted her eyes to them.

For long, she stared.

Amaka and James were near the short brown gate before she finally shouted, ‘If you find him, tell him that I am still here!’

Amaka stopped and turned back. She walked back to her mother-in-law.

Chinelo stood and hugged them. ‘Who will I stay with?’ she said.

Amaka lowered James to the ground. She wiped the thread of tear running down Chinelo’s face. ‘It is for the better, Mama. Please.’

Chinelo nodded. She used the end of her wrapper to wipe her face. ‘The city is big,’ she said, ‘how do you intend to find him?’

‘I have his address, Mama.’

‘Nwam.’ Chinelo lifted him onto herself. ‘Nwam.’

Amaka allowed them some time and then carried James over.

Chinelo pulled out the small cloth purse hanging around her waist. From it she brought out a roll of money tied round with thread from a plantain tree.

She handed it to Amaka. ‘Take. Add this to what you have.’

Amaka shook her head. ‘Keep it, Mama, I have enough.’ She turned and started away with James on her.

The little boy continued to wave.

Chinelo stood there watching them, the money still in her outstretched hand.

The journey from the village to Lagos was a long one.

Not anything she had imagined it to be. Not exactly the pictures she had earlier formed in her mind from random stories she heard from people.

For most part of the journey she battled to keep her son still and her eyes open, but this proved the hardest things to do.

The air was cool and dry, the seat she was on much more comfortable than those of the yellow buses she normally went to Oye in.

She looked down to herself now; her boy was clung to her like a body part, snoring.

At least he finally allowed her peace. With the end of her wrapper tied above her short flower gown, she wiped away the beads of sweat that dotted the little boy’s forehead, gently, very careful not to wake him.

The next time she opened her eyes, the bus was not moving, her baby not on her lap.

Startled, she began to scream his name.

‘Shh—shh,’ a woman said behind her.

She stretched her neck and looked; her boy was sleeping calmly on the big woman.

Her breathing coming back to normal, she produced the hint of a smile and gave a small nod and said ‘Thank you’.

The lady nodded back in response.

‘Where are we now?’ she asked her.

‘We are still in Asaba,’ the lady said. ‘We will buy fuel here and continue.’

She looked out the window and saw the driver of the bus standing with the fuel seller.

They were chatting and smiling, tied together by an air of familiarity.

When the girl was done, the driver counted some Naira notes and passed to her.

He jumped into the bus again and started the engine.

Amaka turned and looked at her son again before relaxing back into her seat.

She swore she would not sleep again till they were at Anthony Bus Stop, the Bus Stop the address on the paper she had stated she would come down.

But she did sleep again. For a lot longer than she previously had.

The woman carrying her child tapped her when the bus stopped again at Ore.

‘We will eat here and continue, inu?’ she told her.

‘Thank you, ma,’ she said, carrying her son over.

‘Mummy, wee-wee,’ James said. He was rubbing at his eyes.

Amaka took his hand away from his eyes and carried him to the edge of the road where she set him down and he peed.

Afterwards, she bought gala and Coke for him.

The boy demanded suya, but she told him no. ‘There is no time for that,’ she said. ‘The bus will soon move.’

But she only was just trying to be sure the money she had was enough. She did not have any idea yet how expensive things would be in Lagos, or exactly the number of buses more they’d need to take to get to their final destination: Bariga.

She opened the Coke bottle and gave James to drink. He drank a little and then she carried him, wiped his mouth and walked back to the bus.

She was awake when they entered Lagos. She needed nobody to tell her that they were now in Lagos.

The popular city stood out with its difference: the horde of sellers that rushed to the bus when it stopped briefly at Berger for someone to get down; the horrible stench of Ojota; the noise of so many vehicles using the road all at once and the chaotic screams of conductors hanging on yellow buses—Lagos was utterly conspicuous.

She reminded the driver again where he would stop for her to get down.

At the same time the man was nodding, the passenger beside her told her not to worry, that he, too, would be getting down there also.

And it was this same man that told her how to get to Bariga when they eventually alighted at Anthony.

But what she did not know was that her husband has since moved from that part of Lagos to somewhere else.


Drop a comment if you want this story to continue…