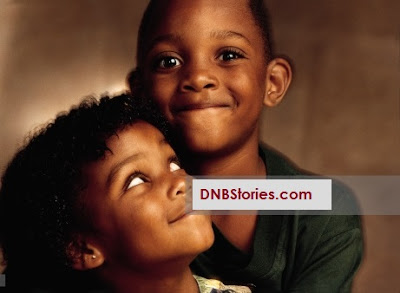 My younger brother means the world to me.

I don’t know how.

Maybe because our mother loved him so much and he always appeared to be the thing she needs to be well and always smiling.

I am the exact opposite of him.

I am stubborn, loud, disobedient and always repeating classes.

He was all the things that I am not.

I would admit this gets me jealous sometimes, but most times I am really just very proud of him.

Because he loved me.

He called me brother and always told our mother to stop shouting at me whenever she is.

It was often that Mama shouted at me.

We were not friends at all.

I was beyond control.

Many times, my brother would come into my room, sit down on the carpet with his legs crossed and ask me, ‘Why do you like giving mama problems?’

I can’t explain it, but there is something about his manner.

I never knew it was possible for someone to be so good. And I was sure he wasn’t acting it.

It was real. We grew up together so I know.

Sometimes I hated the way he easily gave up his meat because Mama had insisted I won’t get any.

Or cried when Mama locked me out in anger till she opened the door for me.

One night I returned home at past 12, as usual.

Mama wouldn’t allow me come near the pot.

I retired to my room very hungry.

When I heard a knock on my door, I knew it was him.

I told him to leave me alone.

But he still slid the door open and eased into the room.

He was carrying a plate.

He hadn’t touched his food. He knew Mama would not allow me to the pot when I return so he kept his food so that we would eat together.

I do not know what angels look like, but Sopulu was enough proof of their existence.

He must have been one.

When his illness started, my life went askew.

The air appeared to take on a new form. It became heavier to breathe.

Mama no longer shouted. Maybe because she no longer fed well.

I was with my brother that night. The surgery was to happen in the morning.

‘Are you afraid?’ I asked him.

He shook his head.

I smiled and rubbed his hair. His soft curly hair. ‘I know you are afraid,’ I told him.

He didn’t say a word.

‘There is nothing to be afraid of, okay?’ I said again.

He nodded. His dimples appeared. ‘Will I be awake when they cut me?’ he asked.

I laughed. I didn’t understand why he needed to thank me.

Mama and I slept in his ward that night. On a mat beside his bed.

He’d shifted and said, ‘Come to the bed, it’ll contain us’ and I said no.

I didn’t understand at all when I heard Mama’s piercing scream that early morning.

I struggled up from the mat.

He was not speaking.

He was not smiling.

He was not moving.

It’s been eight years now, but I still see him, hear him, feel his presence.

He is the best brother ever.

For you, kid bro, till we meet again.