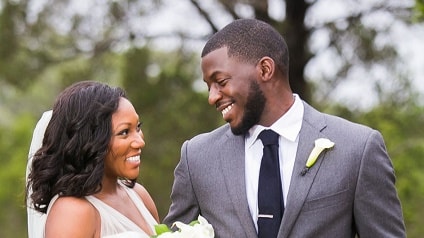 Articles like this posted on DNB Stories represent only the views of the writer and not the opinion of DNB Stories.

I was inspired to write this after reading Gloria’s story: Keeping Up With The Kardashians.

As a medical doctor, I see the desperation couples show regarding making babies almost on a daily basis.

Another occupation that could compare to this experience is being a pastor.

Just so many people out there want babies. Even the society seems to encourage it.

Women who are yet to give birth are called barren, and they feel very upset about themselves.

Do not get me wrong, I love and support procreation.

But it shouldn’t be a do-or-die affair.

I think it should be something people should give more attention to instead—something one has to be mentally and financially prepared for, and not just something that defines marriage.

The ultimate reason for it, no!

I’ve seen parents go as far as having six to eight kids, only to start begging for money to cater for them.

Worst of it all are some that have kids for competitive reasons: your friend has got four boys and because of that you need five.

I was having a talk with a colleague of mine once and the argument he raised was: Who is going to take care of you if you don’t have babies?

I don’t know, but I saw a great dose of selfishness in this statement.

I want to have babies I would take care of, spoil silly, show the beauty of the world to, not babies I want to raise for my own exploit.

“Doctor Pee,” a nurse called me once, “if you don’t have babies, who is going to inherit all you own when you die? Who is going to drive your new car?”

I laughed. Of course it was obvious she was being personal now. But still I told her anyone living can have my things when I’m dead: my siblings, my nephews, my nieces, my good friends, random poor people on the streets— if eventually I don’t have babies.

Once, too, someone at the clinic where I work had asked me: “Are you now suggesting that only the rich should have babies?”

I was very surprised by this statement and I called his name and said, “Hey, you’ve been here for a lot more years than I’d been, between the rich and poor, can you honestly tell me who tend to have more kids?”

Of course you know the answer just as well as I do.

I’ve seen very poor people having as many as eight kids and more well-to-do folks having just two or three.

And this particularly gets me concerned: You have a few babies and you still aren’t able to provide them all they need, yet you go on to have even more.

That’s the beginning of war.

Shortage of resources causes competition, and competition ultimately would lead to fighting.

Survival of the fittest! Living things are programmed that way.

If it’s something within my power to do, I will advise all parents to have just one kid.

In this case, whatever you have goes to one person and there’d be more peace.

Or at most two.

Anything beyond four is a pre-design for war.

In conclusion, I would say: Just have kids you can take care of and provide at least 80% of their needs.

Stop having kids that will come and take care of you. Or kids you want to show off with.

Stop being a selfish parent.

Things are changing. Believe me if you bring any kid into this world and at the end fail to cater for him or her, the kid will scream at you one day.

And stop feeling so sad when you couldn’t have babies, parenting is a tough job and not something that defines who you are, or how happy you can be.

Who is even desperate to bring any innocent kid into this unpleasant world?

Knowing God and Being Good

7 Comments on “Musings: Why are People so Desperate to Have Babies?”