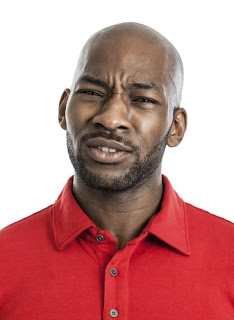 For a very long time now Okolo has wanted to leave.

Disappear completely from this corrupt, sun-boiled country of his.

America will be better than Canada, he mused.

But then he saw a photo of his one-time classmate who now lives in Germany.

Jaspeero, that was what they called him back then in school, has grown very fat and seemed to have even regrown all the teeth he never had as a kid—In the picture of him Okolo saw on Facebook, he was not only smiling, but driving!

And right there Okolo decided it is Germany he would run away to.

But the amount the visa agent demanded for a German visa was too much. Way too much.

The agent man only rubbed at his nose.

‘How much is now America?’ Okolo asked.

To Okolo’s shock, America, with all its glory and fame is nearly half the amount.

‘Germany is very hard now, my brother,’ the agent explained. He rubbed at his long nose again. ‘Moreover, most of our contacts are in America.’

And this was how Okolo finally settled with America.

After all, Obama is black and a brother.

And there are winters there too.

Anywhere the sun is not an aggressive monster is okay jare!

‘Is this America?’ he asked the brother driving him.

After a little over two months, Okolo was ready to go back to Lagos.

He did not understand why he needed to drive over 80 kilometres to get a simple bottle of Coke in the night.

Why one country could have so much dust and hills, and cows and cacti.

Why he couldn’t find anybody looking like Angelina Jolie or Ciara.

The ladies he saw were never tall enough, almost always aged and seemed to walk around with confusing smiles pasted on their faces.

And the sun too, it was more merciless than what he’d ever seen in Nigeria.

Even in the night that it was a lot cooler, he still sweated in selected parts.

Okolo did not understand.

‘I will go and come back,’ he told his host.

‘But you only just arrived?’

‘Let me just go and come back, you hear. There is something I did not bring.’

A Visit To The Synagogue

The Sacrifice Of The Altar

When I Was In Asaba