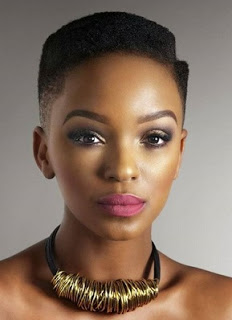 Mrs Rita Onalli is not particularly a bad woman.

She went to church every Sunday, sometimes on big Wednesdays too, helped the poor and never shouted at an employee.

Nearly all her workers called her ‘Mummy’ or ‘Aunty’— those fondly sort of names.

But only one thing was missing—Rita has never been very lucky with men.

The first man she knew—she was barely 16 at the time—abused her.

Bueze was his name. Nwabueze, a sneaky, thick-bodied and unpleasant man.

It wasn’t until Rita turned 20 and got admission to study in the university that she finally learned she deserved better.

She left the beast in the east and travelled west for her education.

The four years in campus passed too swiftly.

There was no man of note. Good male friends, yes, but no serious boyfriend kind of man.

At a time Rita finally made up her mind. She channelled all her loneliness into her studies, and on few days she decided not to read, she exercised.

She eventually came out with a first class.

It wasn’t until her first job with a top Nigerian bank that she met Obiora, the first man she truly ever adored.

Obiora was tall and lean. A soft-hearted man Rita thanked God every night for bringing her way.

And when he was hurt, he easily explained himself with a tear.

Like when he lost his mother. Or got falsely accused at work.

Or received a sad diagnosis.

Over time, Rita found herself intensely attached to his mild nature.

But it all did not last.

He did not last.

Soft-hearted men do not last.

Not on this part of the planet.

Barely four years after their marriage, Obiora died. Some tough liver disease that lingered on and on, till the sweet husband was no more.

Rita did not cry. It was the same God that brought him to her that had taken him back, she believed.

But she quit her job afterwards.

When all her savings finally perished, hunger and depression set in.

On the verge of giving up, she had a dream.

And in the morning that followed, she dusted her CV and ironed her skirt.

Samson, the sixty-one-year-old man that she is currently marrying owned the hospitality business that first employed her. As a junior accountant.

Today, Rita has a company to her name in a similar industry.

Yet she still never thought of herself as lucky.

Samson is a tough man to marry. He is loud and unfeeling.

Laughing is not his thing, let alone crying.

He is a business man who in his strict commercial nature would never waste a second outside his business, or strings of phone calls.

The few times he is around, he spends more time screaming at yet another inefficient manager.

But still Rita knows he is the man to whom should be given credit for part, if not all, of her present success.

And she always respected him, or that mere fact.

So for a very long time now, Rita has sought company, or diversion, whichever was easier.

She’s known deep emotional boredom like no other and has many times dwelt with insomnia.

Her meeting Phillip elicited a flicker of promise.

For one, he reminded her so much about Obiora.

Hard-bodied, yet soft in the inside.

Even with the age difference, Rita was starting to like him.

Till she learned he was already married…

The roof seemed to shake from the rain.

Surprisingly, she seemed more concerned that Phillip would come in drenched in rain and his wet feet would dirty the floor.

And she is a girl that hated cleaning. Not to mention doing it in the night.

She stood, picked an old shirt she found on the floor beside the bed with her toes and dropped it just before the door.

When Phillip finally knocked, she would first bark at him: ‘Clean your legs o before coming in!’

But many minutes passed and still no sign of him.

Now Amaka began to think of other things.

If the rain was going to pull off the roof!

Where her husband had gone to!

She is a practical girl who hated worrying more than anything.

Had it not been raining and she would have gotten up, walked outside and went searching for her husband.

And when she finally found him, sitting or crouching somewhere by the corner of the road, she would grab him and drag him back into the house.

And really Phillip had so wished she had come looking for him.

For tonight was a night of many horrors for the young couple.