My boyfriend, Okolo, is a proud man. As proud as a Yoruba boy with newly dyed hair.

The first day we met, after several weeks of Facebook messages, he’d stopped just in front of my house to dial my number.

When he told me he was outside and I asked, after watching him for some time from the balcony, if he was the one in a white native outfit and standing by a clean dark-grey Benz CLA-Class, his reply was swift and smug: “Do you know anyone else this fine and drives this machine in Lagos?”

Of course that wasn’t my first time of thinking there’s something vain about Okolo. I’d realized that from the way he often used words like, “Babe, chill, make I tell you something you don’t know about me”, during our online chats.

I came down to meet him that evening wearing red—we were supposed to visit the new mall at Maryland. To see Girls Trip.

The first thing Okolo complained about was my hair. He’d said: “Why dreads today?”—in a very casual tone that implied he wasn’t really interested in the answer I was going to give. He’d already concluded that the hair was a huge no for him and that’s about all that matters to him—his opinion and not the response I was going to give.

I still said it though: “My elder sister often wore dreads and today is exactly three years we lost her. I just want to do this for her.”

The car AC was in top gear, filling the vehicle’s interior with fragrant cool air.

I’d give him that one—Okolo is a neat Igbo boy. All the times we’ve had sex were great and he actually has most of those features people often used to describe fine boys. I’m especially thrilled by his dentition—his white and well-aligned teeth. “I wore braces for three years,” Okolo said the day I told him I admire his fine teeth. “I’m sure it was the money I paid him that that crook of a dentist used to buy his first car!”

I shook my head in feigned shock. I couldn’t go further to tell him the other things about him I admire as well, or that I was already falling in love with him.

“Can you turn the radio off, please?” I said now.

Okolo looked at me—a brief stare—before turning the radio off and starting the car. Okolo may be proud, but he always obeyed me.

Our second argument came after the movie.

He didn’t like it—more precisely, he didn’t like the way the girls ‘steadily intruded’ into their friend’s relationship.

Especially that Dina girl (Tiffany Haddish’s character), Okolo had said, she is the type that would ruin her friend’s marriage and advise her to come back home and stay single with her.

“I think she is only looking out for her friend,” I said.

“No be only looking out,” Okolo dismissed. “See, Babe, let me tell you, people go through a lot to keep their marriages. Even in this Naija, a lot of the well-lasted marriages you see today have gone through worse. But the thing is that it gets better with time. People change, I believe they do. My dad was a huge asshole during my childhood years but my mum stayed.”

He gave a feeble gesture of the fingers. “Just look at them now—my dad had spent all his retirement years trying to make up for all he did back then. I’m sure my mum must be so proud of herself for not having left him back then.”

“Why would you think that?” I asked, curious.

“Babe, if she had left, she’d probably be somewhere in her father’s house now, farming vegetables and eating corn, while Popsy could have easily remarried. I know him—he was that kind of man back then.”

“What makes you think your mum could not have easily remarried too?”

Okolo nodded, but not exactly in agreement. “True, she might, but the streets of Lagos are not filled with men as rich and connected as my dad, are they?”

“So must your mum marry to be happy? What if she had decided to start her own business and eventually become just as rich as your father?”

Okolo laughed—a deeply scoffing chuckle. “My mum start a business? What strength does she have to start and sustain a business?”

“So you think women are weak?”

“Babe, I was talking about my mum! There is a reason I send her more money than I do my dad. It’s not in the nature of women to suffer. A man is supposed to take care of his woman. You think I’d let you do anything when we eventually get married?”

“Yes, Babe. All this hustle na for that better life for my woman and kids! Forget what all those feminist texts you’ve been reading might tell you—Babe, the real world is messy. Finding a man who is having and willing to take you in, feed and clothe and treat you like a princess is pure treasure. Sometimes I wish we do, but men don’t have that luxury. Everything you get you must work for. No cutting corners for us.”

“So you support patriarchy then?”

“I don’t have to. What I support does not have to matter anyway, but really I’m all for convenience. My principle is that if there are ever two ways of doing things and I found one of them easier than the other, I’m definitely sticking to the easier one! My younger sister became a millionaire before me because she married a billionaire; what reason do I have to tell her that she shouldn’t have?”

Four months after, Okolo proposed to me.

The ring looked really expensive. He’d knelt down in front of me at the open glare of everybody at Lekki Shoprite that Saturday evening, extending the ring as he said the words, “Babe, it might be too soon, but I can’t wait any more. I need you in my life like a fish needs water. I know we have our differences but listen, I’m sure we’ll work through them as always and come out fine. We always have!”

For the first time ever, I saw Okolo nervous. Pitiably vulnerable. I have never seen him that way—ever! —looking so helpless.

I so wanted to say yes to him, I really did, but something held me back. Something strong enough to do so. So I whispered to him, “Give me more time please.”

Something left his eyes at that moment, but he eventually nodded, ever so softly.

In order not to embarrass him, I allowed him put the ring on my finger.

A great cheer rose from the crowd watching us.

When I got home and showed my best friend, Nkechi, the ring, her response was quick and straight-to-the-point. “Dump him!”

“Really, Chioma, after all you told me he said, can you not see what I’m seeing?” Great disbelief has disfigured my best friend’s face. “Do you really want to spend the rest of your life with someone like that? Can you not see that this man is nothing but a raving misogynist who doesn’t realize that this is already 2018 and that the world has gone way past him?”

Everything Nkechi said rang repeatedly in my head all through that night. I could barely sleep.

But by morning, I have come to a decision.

And that was how I dumped Okolo, the sexist and proud Igbo man I once fell in love with.

I still remember all his tear-filled messages on Whatsapp, asking me “why”.

I never said much to him—there weren’t so much to say.

Some months passed and the messages stopped coming. I found some relief in this.

But here I am today, two years after, in the back row of St. Peter’s Grand Cathedral, Ajah, watching Okolo and my best friend, Nkechi, say marriage vows to each other.

I do not know what I’m even doing here—why I have even decided to come in the first place.

Perhaps to see and confirm for myself that this is really happening. 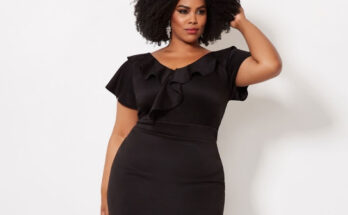 10 Comments on “Love Story: The Sexist Man I Fell In Love With”