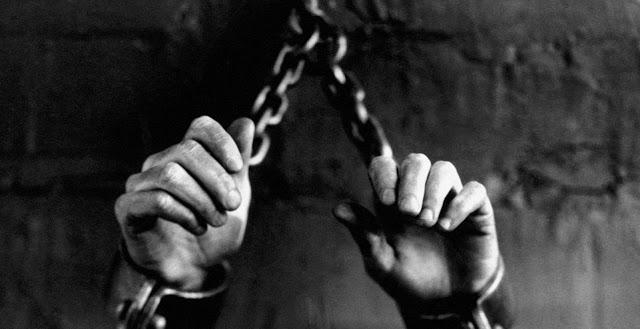 As a white South African, I am a descendant and benefactor of the Europeans who colonized Africa, and I can emphatically say that colonization was the worst thing to ever happen to the people, cultures, societies, land and economy of Africa!


To begin with, I’d like to talk about a commonly peddled myth – that being the one relating to the primitive and savage Africa that the colonizing Europeans “discovered”, civilized and then developed.


Of course, much of this commonly accepted history has been written by those same colonialists, but the truth is that large portions of Africa were not that far behind Europe at the time that Europeans began arriving.


For instance, below is a drawing of Benin City in present day Nigeria prior to its destruction by the British in 1897.

In the 14th Century, Timbuktu was 5 times the size of London and the richest city in the world. The city was the capital of the Mali Kingdom which was ruled by Mansa Musa, the richest person in world history.


It is estimated that his personal fortune would equate to about $400 billion today.

At its peak, the Mali Kingdom was producing more than half the world’s supply of gold and salt and was home to the Library of Timbuktu and to 25,000 university students.


National Geographic recently referred to Timbuktu as “the Paris of the medieval world, on account of its intellectual culture.”


Let’s also consider the Tanzanian city of Kilwa, which was described by a visiting Arab scribe as “one of the most beautiful and well-constructed cities in the world”.


Kilwa dated back to the 9th Century and was at its peak in the 13th and 14th Centuries. Its architecture included Gothic arches and intricate stonework, and it was a major trading hub that minted its own coins.


In 1505, Kilwa (along with the city of Mombasa) was destroyed by the Portuguese.


Kumasi was described as follows:


“The townhouses of Kumasi had upstairs toilets in 1817. Promenades and public squares, cosmopolitan lives, exquisite architecture and everywhere spotless and ordered, a wealth of architecture, history, prosperity and extremely modern living.”

Doesn’t really look so primitive and uncivilized, does it?


These are just a tiny sample, but the reality is that hundreds of relatively developed African cities and civilizations were destroyed by invading Europeans in an endeavor to conquer the people and exploit the rich resources that the continent is bestowed with.


As a result, most, if not all, of this rich cultural history was lost, destroyed and forgotten, and the narrative of “advanced Europe” bringing industrialization, civilization, trade and other developments to primitive Africa became the accepted truth.


What colonialism did was reduce the African people to the role of the conquered, nothing more than second class citizens at best.


The truth is that the intrusion of European colonialists did not lead to the transmission of technology, ideas or knowledge to the indigenous African population.


Rather, it destroyed all existing forms of civilization and development that had been accomplished by the indigenous people, and then further hindered Africa’s development by expatriating surplus from all production activities – minerals, precious metals, wood, ore, ivory, furs, gemstones, fuels, crops and other raw materials.


The roles of Africans were reduced to basic labour jobs which never stimulated technological advances or improved means of production.


Without colonialism and its consequences, Africa would more likely have developed at a similar rate to Europe and other regions through trade, knowledge-sharing and a move towards industrialisation in line with the Industrial Revolution.


The despicable offshoots of colonialism – slavery, racism, eugenics and genocide – may not have occurred (or at least, not to the level that they did and that they still exist today).


More importantly, Africa’s riches would have been used to enrich the people and develop the infrastructure of this continent.


So no, on the whole colonization was not good for Africa.


On a personal level, as a beneficiary of the privilege that has been bestowed upon me courtesy of whatever cosmic lottery saw me born with white skin, I am doing my best to right the wrongs of the past by trying to empower and uplift those who have not been given the same opportunities that I have.


I don’t know how much of a dent I’m making, but I’m trying.


Barry Tuck is a former photojournalist, having worked for many South African publications.

One Comment on “Colonizaton – The worst thing to ever happen to Africa!”