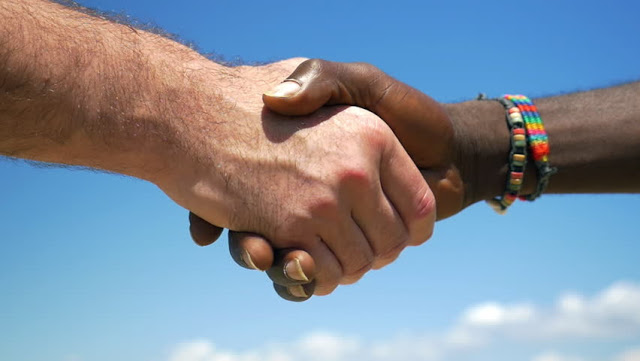 Though it is difficult to say for certain what would have been different about Africa had it not been colonized but here are a few aspects that would most likely be noticeable.

Most of the borders we have today are defined by the colonial boundaries of what imperialist powers could conquer and hold, especially against one another.

These were not the “natural” boundaries that would arise out of ethnic cooperation and African tribes conquering one another. As a result, we have a lot of strangely drawn borders that increases the chance of conflict today.

It’s more likely that you would have fewer countries, in my opinion, that are more ethnically homogeneous. That would have been the most likely scenario of an African-run nation building.

Likely candidates are some kind of coastal Swahili country, Ethiopia, perhaps a Zulu-style empire in the south (which would have been highly multi-ethnic) and a few more on west Africa. The places unlikely to change are North Africa because they changed the least from imperialism as they would have naturally interacted with Europe and the Middle East no matter what.

This has large affects on today’s border conflicts. One thing you’ll notice in many of them is that they are due to the same ethnic group existing in multiple countries. In other cases, you’ll notice that the ethnic group never wanted to be in the same political entity as another and were only there due to European presence.

The instant the imperial power left, they wanted independence.

The countries that participated in the slave trade would undoubtedly be richer today if they had not depleted their valuable labour in such a ruinous deal.

So it might be possible that these same countries make a colossal mistake of this nature in another way or heck still the same way.

East Africa would likely be more developed and richer today had they not been conquered to alter the Indian Ocean trade routes.

I suspect that you would see a different distribution of wealth, where those who normally traded with Asia would be much richer today. My hypothesis is based on what I am seeing in Africa today, where nations more easily accessible by Chinese investments do substantially better than those who do not. So this flows from Sudan down to Kenya.

Most definitely, I believe that colonialism has stunted the overall African economy by decades if not more. The inability to produce manufactured goods is a direct result of imperialism.

If it were not for being colonies, these countries would have produced their own finished goods or otherwise developed industries that traded for them at more favourable prices. The effects of compound interest (that is, decades of lowered growth) has resulted in substantially poorer countries with far less capital investment.

Mind you that I think in most cases they would be somewhere around 20% more to 300% the GDP, so in many countries that wouldn’t put them at Western European income levels. I just don’t think that a bunch of jungle and desert is all that productive. Of course, colonialism has made it impossible for me to be impressed because they were never given a chance to succeed.

Perhaps the most important aspect of colonialism is the destruction of political infrastructure in order to make way for colonial governments.

Compare India and China as an example. India was built as a two-tier elitist system in the British Raj in order to maintain stability through having locals rule over other locals. In order to make this system work, the locals in power had to feed off the avails of the British Empire.

They had to derive their military strength chiefly from the British and their wealth chiefly from the British. This creates an air of “legitimacy” to the locals because the person ruling is a local but in actuality has zero interest in the welfare of Indians. India today has one of the most corrupt and poorly run governments despite being a democracy because their political infrastructure debt is so large they’re having trouble paying it off even to this day.

China on the other hand was able to chart their own way. No matter how tumultuous or the mistakes they’ve made, the Chinese did it for themselves by themselves. Today, China is now a much more well run country with multiple times the GDP per capita compared to India and is entirely focused on fixing Chinese problems.

This same sad tale can be said for all African countries heavily affected by colonialism. In every case, the whole idea that the Europeans did this or that to better it, is completely wrongheaded.

No matter what mistakes people may make in trying to run their country, it would have been theirs to own and theirs to fix and ultimately they would be running their country for themselves.

This is a worthwhile topic because it is repeated so often throughout the western world that we hold some superiority in this regard.

Let me say that the west is hardly immune to making mistakes; in the last one hundred years we saw two of the most bloody wars that mankind has ever faced, the sterilization programs of the weak/poor, the Holocaust and many other terrible atrocities.

To say that Africans or anyone else is somehow morally inferior is to ignore our own glaring flaws.

Colonialism is part of history so I like discussing it.