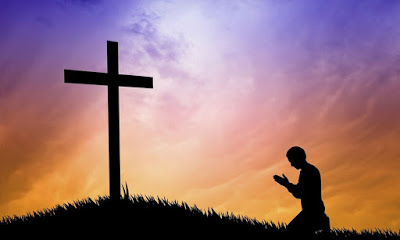 A new study conducted by the Washington-based Pew Forum on religion and public life says that Africans are among the most religious people on earth.

The study titled Tension and Tolerance: Islam and Christianity in Sub-Saharan Africa was based on more than 25,000 interviews conducted in more than 60 languages in 19 countries.

According to the study, at least half of all Christians in Sub-Saharan Africa believe Jesus will return in their lifetime. One in three Muslims in the region expects to see the re-establishment of the Caliphate and the Islamic golden age before they die.

At least three out of ten people across much of Africa said they had experienced divine healing, seen the devil being driven out of a person, or received a direct revelation from God.

About a quarter believe that sacrifices to ancestors can protect them from bad things happening. Sizable percentages believe in charms and amulets. Many consult traditional religious healers, and sizable minorities keep animal skins and skulls in their homes.

The most important argument this study raises is whether the belief or the firm tie in religion helping or not.

It is the two world’s greatest religion that perpetrated the heinous crime of slavery for centuries. European missionaries owned slaves and most of the time participated in the slave trade. Sometimes, converted Christians could also be sold. Islam even went too far; African black converts were not exempted from slavery across the continent.

In Sofala, Mombasa, Mogadishu and Zanzibar, slaves from the interior of Africa could be traded to the Arab merchants regardless of whether they were Muslims or not.

How come then Africa, almost 300 years down the line still stick to religion?

During the 200 years of colonialism that started with Vasco da Gama in the 14th century and the Dutch settlers in South Africa to the final liberation of South Africa in 1994, Africans have held on to the religion that was brought by the colonizers.

Even in South Africa, Christian Boers did not challenge the apartheid system, yet they all expected to go to heaven someday with blacks with whom they persecuted.

Africans practicing traditional religions are looked down upon and termed as primitive. It is fascinating that countries that owned their culture and practiced their religion and culture are doing relatively better than Africa.

A good example is China, Japan and the rest of South Asia. While Asia and Africa were both colonized, Asia retained a whole lot of its culture, Africa did not.

Asia is now growing because of high self-esteem and a belief in the supernatural that it best understands.

I do not think Christianity knows Africa that well. This explains why it has failed to settle all the moral decadence in this continent.

As a matter of fact, Europe, from which the church came from, is left with empty cathedrals and the whole society is swallowed in ‘sin.’

Unless Africa changes its overzealous religious nature and advocate for a religion that best serves its interest, Africans will never see peace and development.

Cliff Kodero is a researcher and PhD student at Florida International University.