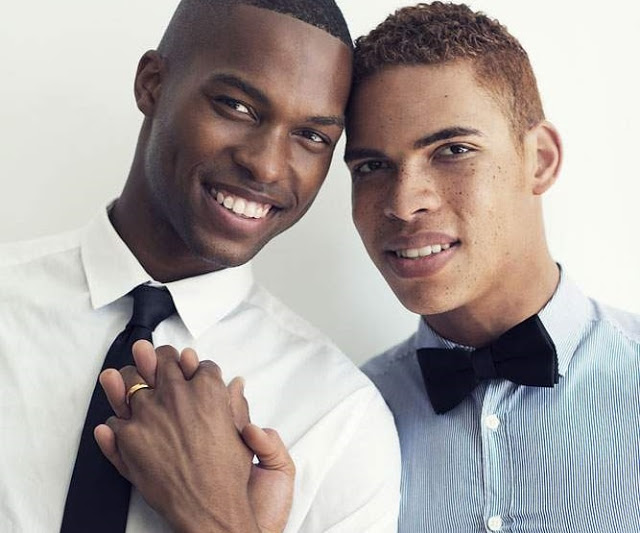 Recently the Nigerian news feed is saturated with stories of the arrest and arraignment of 40 gay ‘suspects’.

Much worse than the fact that this is happening at a time when gay people in other countries are not only allowed to marry but are holding public offices too, is the celebratory air many Nigerians are sharing the story with.

Like saying, “Oh wow, finally it feels good to be Nigerian again. Kudos to our laws and government, we are now safe and happy because 40 gay persons were arrested by the police! All our problems are solved, praise God!”

It is quite ironic that it was a president under which one of the greatest amount of looting in Nigeria’s history occurred that signed the bill criminalizing homosexuality.

Since the same-sex prohibition law came into effect in 2014, I can’t yet pinpoint one form of progress it has brought to Nigeria. We are still battling with unemployment, poor infrastructure, electricity issues and the rest of them.

Here are top 5 arguments against homosexuality that makes no sense:

1. “Homosexuality is a choice”

Besides, even if homosexuality were to be a choice, we cannot still discriminate against homosexuals simply because they “choose” to be homosexual either, just the same way we can’t start discriminating against people who chose a—particular religion over the other.

2. “Homosexuality is condemned in the Bible”

Really? The Bible says lots of other horrible things too. The Bible says that you can execute people for cheating on their spouses (Leviticus 20:10), but you wouldn’t do this, because you know that in a civilized democracy a person does not deserve to be executed for cheating.

The Bible also says that you can keep slaves (Exodus 21:2-6), but you wouldn’t do this either, because you know that slavery is an abomination.

Does it really make sense to pick one and leave out the rest?

3. “Homosexuality is wrong because it is unnatural”

Clearly, rape and murder are a part of human nature, but we don’t say that these things are right, because they harm people; similarly, airplanes and computers are unnatural, but nobody goes around protesting against them, because they make our lives easier. So, no, homosexuality is not wrong just because it is unnatural.

And in 1991, Simon LeVay showed that a region of the hypothalamus called INAH3 was more than two times bigger in heterosexual males than in homosexual males (and females). In both cases, researchers have suggested that the characteristics of homosexual brains were probably a product of inherent biology, and not environmental influences.

4. “Same-sex marriage is wrong because homosexuals do not procreate.”

Perhaps we should ban marriage for all of these people, too, and if a couple does not produce children within an allotted number of years, their marriage will be automatically annulled. Obviously, this is ridiculous—not to mention socially damaging—and we agree that all of these people should be allowed to marry even if they do not procreate. This is because marriage is also about love, and not just making babies. It follows, then, that homosexuals should be allowed to marry each other because they love each other, too.

Besides, homosexuals can have children. In a world verging on 8 billion humans, the human species is hardly under threat of extinction, so making more people isn’t exactly a pressing need.

What is a pressing need, however, is to find caretakers for all of the children abandoned by their heterosexual parents. Thank goodness, then, for homosexual couples, who can take care of these children because they don’t already have their hands full with their own screaming brood.

If homosexuals were legally allowed to marry and adopt, this would mean a higher number of legally protected family units headed by loving, committed couples, which, in turn, could only lead to a happier, more stable and cohesive society.

So, no, gay marriage is not wrong just because homosexuals do not procreate.

Laughable. Sexual orientation is not something that can be flipped. There were times in the past when homosexuals were subjected to all forms of treatments, yet none of them ever worked.

Unless that person is really gay, no amount of persuasion will turn a straight person gay. Bear in mind though that sexuality is not binary. People can also be pansexual, bisexual or just curious.

Also, having a same-sex encounter does not necessarily prove someone is gay.

2 thoughts on “5 reasons homosexuality should not be a crime”

Sat Aug 5 , 2017
by Staff writer Some real crazy scenario we have here: Two of Britain’s greatest boxers… One fine woman… One accusation… Who are we to believe? Anthony Joshua has come out to defend himself after fellow sportsman Amir Khan in a series of tweets accused him of sleeping with his wife. […] 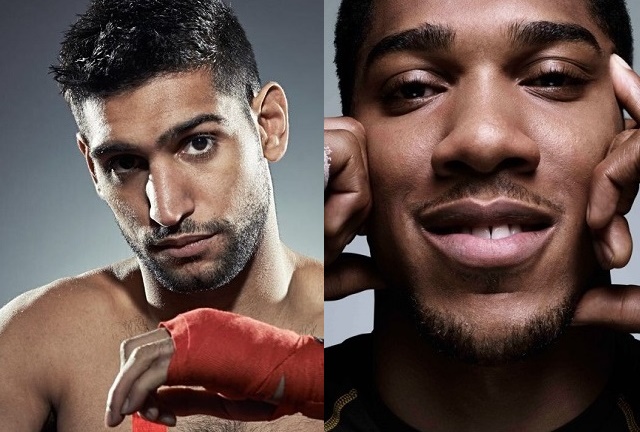