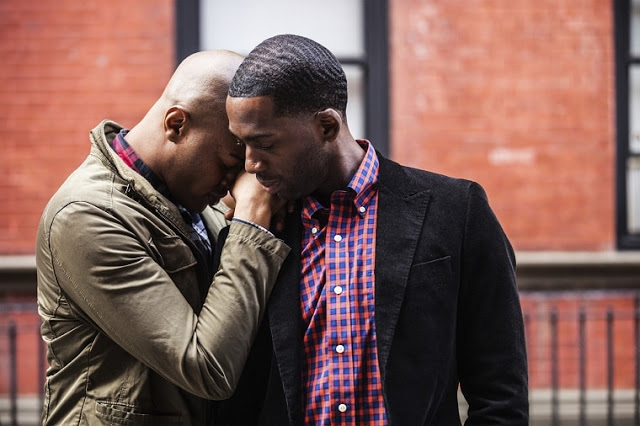 This world is an incensed leopard; it can tear you into pieces like a filthy rag with its claws and drink your blood as though it was red wine.


Max learnt this when Peter, his university ally, visited him in Onitsha, Anambra State, all the way from Port Harcourt.


That sunny afternoon, Max donned his cardigan and that risible fedora that made his friends always giggle and whisper Michael Jackson behind his back and then coaxed Peter into driving him down to Nsugbe – a dusty, stony, greenish, melodramatic town at the bottom of Onitsha.


And as they savoured their iced beer and cigarettes at Splendid Suites and Hotel, Peter, who now works with First Bank in Port Harcourt, flies to Dubai and China to buy gold jewelries and flamboyant suits, cruises in a trendy SUV [which Max neither knew the name or model] and owns mansions in Lagos, Awka and Enugu relinquished his typical mysterious self.


Though people easily called him successful, the young man only longed to be happy. To really feel what that one word meant: happiness.


In a morose, albeit loud tone, he told Max how he had recently attempted suicide.


The timid-looking barmaid nearby looked back in shock.


He told Max how he had once swallowed a box of sleeping pills, hoping to sleep on till eternity, only yet to found himself awake and conscious days after.


How he’d tied a rope around his neck and fastened it to the ceiling fan and then climbed a stool.


And yet he did not die; the rope had split under his weight.


He dived into the Niger River once.


A fisherman rescued him. If that actually could be called that.


He felt, at that time, that what the fisherman did was purely an unforgivable act of wickedness.


“I wish the fisherman hadn’t rescued me, Max,” Peter said.


“You have all the things I could only dream of, so why?”


“Poor but happy, just what I ever wanted.”


Max stared at him.


“I won’t forgive God for creating me this way. For making me abnormal. I want to be normal, Max, but it isn’t possible. How sad it is! It is now a cliché to say that I envy you. “


Peter continued as if he did not hear Max’s encouraging endorsement of Peter’s sexuality. “Oh Max, I fuck men and it doesn’t feel right. I can’t stop it. I wish I could, but I can’t. May God help me!”


Max lowered his drained glass, refilled it, and said with a frown, “Stop behaving like a rich baby…if I were you, I wouldn’t mumble that preposterous prayer; accept what you are and move on. Look, Peter, you are not the first and you are not going to be the last. Men bonk men all the time. Women bonk women all the time. I really I wish I were gay so that you could see something to fuck. Something free to fuck!”


Peter’s eyes fell; he dropped his half-finished cigarette on the tiled floor and stamped it with the sole of his Italian shoe.


He glanced at his watch and said, “Don’t make fun of my sexuality”, with a force that startled Max.


“I am not making fun of your sexuality, Peter, and you know it. I reiterate, if I were gay, I would give you my ass for free, but I am not.”


A small period of silence passed.


Then Max said, sadly, after drinking from his glass, “I wish you were gay, my dear Max. You are the only one who accepted what I am.”


His tearful tone brought back the memories of their university days.


“You are a walking flower,” came from Peter’s quivering lips the first day they he and Max met at the SUG party.


The pickup line was nakedly rehearsed for such occasions.


But because Peter’s eyes were honest and they coated no emotion: they announced unabashedly what the mind really felt.


That drizzling day, Peter’s moist eyes said: ‘I love you, Max. Like a man loves a woman.’


Max found this confession of love oddly beneficial: he was a writer and blogger and he had got an idea for a novella.


And so when Max got home he told his fourth campus girlfriend, who was also a writer, albeit nasty, about this, his new admirer.


He yearned to know if she would okay the idea or shriek that if Max wrote the homoerotic fiction, these cowardly Nigerian publishers would toss the manuscript out the window.


Because Nigerians, the target audience, burnt to ashes by the fires of religion and religiosity, would rather read a story about grown men shooting and killing themselves than one showing them holding hands, kissing, or professing love.


But her response was disappointingly infantile.


“He loves a man like him! Good God, the guy must be possessed!” Chioma exclaimed, and then scrambled out of the bed where she previously lay like a dead cockroach reading a Harlequin Romance novel.


“What is his bloody name, Max my darling? Please, Max—no, no, don’t tell me. Don’t tell me! I know, of course. It must be that sissy. That devilish Peter. For Christ’s sake, what is a man looking for in another man’s boxers?”


Chioma regarded him with apparent suspicion. “Have you joined them, Max?”


“They have joined me,” Max retorted.


Now that he and Chioma were in a serious relationship, Max would not risk tell her that he and Peter were drinking Hero beer and smoking Benson and Hedges together at Nsugbe.


The scandalous news would certainly stab her in the chest with a knife.


Max had ordered another two bottles of Hero beer and two plates of turkey meat.


They talked about Buhari’s malfunctioning ears and the Biafra agitation, Hillary Clinton’s unsinking courage and Donald Trump’s fierce vow to ban Muslims from entering the US.


And of course the incredible inflation across Nigeria.


And as the sun began its low descent into the horizon, their conversation softened into literature.


“Don’t you really assent that V. C Andrew’s Flowers in the Attic is a little histrionic?” Max asked, and lifted his glass to his lips.


Mmmm…now all doubts were erased: Hero beer, not Gulder, was
really the ultimate.


Max had begun to feel splendid after the third green bottle. “Or haven’t you read the novel?”


“I have read it, of course. Is it not the story of Christopher, an adolescent boy who had romantic feelings with his fifteen-year old sister Cathy? You lent me that Gothic novel…see, I truly did not mislaid that novel; my mother burnt it. She is extremely religious, you know. But that book is horrible. Chris shouldn’t have raped his sister.”


“It wasn’t rape; they made love.” Max shifted in his Life Beer chair.


“Cathy is also in love with Chris. She loved that her brother broke her virginity. She desired him to fuck her again. I didn’t hate them. I rather felt sorry for them. I blame their selfish mum.”


Max lit a cigarette and nodded his acquiescence.


“Do you still write?” Peter shouted, over the noise of the loud speakers.


The manager had inserted a Bob Marley CD: Africa unite, unite for the benefit of your people…


“Yes, I still write. I have finished my novel. It is titled Madness. Tentatively called They Have Gone Bananas, at first. But I dislike long titles, don’t you? Nkem is its protagonist. It is a severe satire. 573 pages long. Epic in scope. Dickensian indeed. I often lock myself in the room for weeks and write and write until my hands begin to shake and my head ache. Peter, I put too much of myself in that voluminous novel. Someday, I hope, that novel will be finally polished and sent out for publication and accepted and my fame will run round the nation and even beyond. Amen!”


Peter hated this, his speech even before it ended; he shouldn’t have disclosed his ambition.


He had never told anyone, except his dear brothers and two sisters about this novel he had been writing behind locked doors for years. It was this Hero beer.


He was high. So easy to tell now.


“You’ll make it,” Peter said, and then squeezed Max’s hand. “Your first
poem—or was it a short story or poetic short story? — really wowed me, thanks.”


A hush descended. It was time to leave.


“You’re beautiful, Max. Mind-bogglingly beautiful,” Peter said, as they floated toward his BMW, which was parked under the whistling orange tree. “I enjoyed your company, really. When shall I see you again?”


“Be serious, please. I won’t touch you. I promise. Now, when shall I see you again?”


“I am always busy reading and writing, you know. I have an article to finish this…”


“Peter, my writing is selfish and…”


“For the love of God, when shall I see you again?”


Max’s eyes widened in wonder. Was Peter out of his senses? Did he think he was on the street of New York? No, no; Peter was simply drunk.


“Peter Uwankwo, are you mad?” was Max’s answer.


Then Peter did what shocked Max: threw Peter on the car bonnet and unzipped Max’s crisp black trousers.


Max yanked him off and dashed back into the Splendid Hotel, zipping his trousers.


Ten or fifteen painful minutes later, Max returned to Peter’s BMW and saw what would haunt him till the rest of his life.


Peter was bleeding in the grass; he had stabbed himself to death with sharp iron he conceivably retrieved from his car.


On the grass was a note:

I’m sorry, Max. Take my car as my penalty for the sexual assault. I love you and I am sorry for loving you. Forgive me, but I have to end this abnormal feeling for men.


Max folded the note with trembling hands and scurried homeward.

Ebelenna Esomnofu was born in Onitsha, Anambra State of Nigeria.

He read English and Literature at the University of Nigeria.