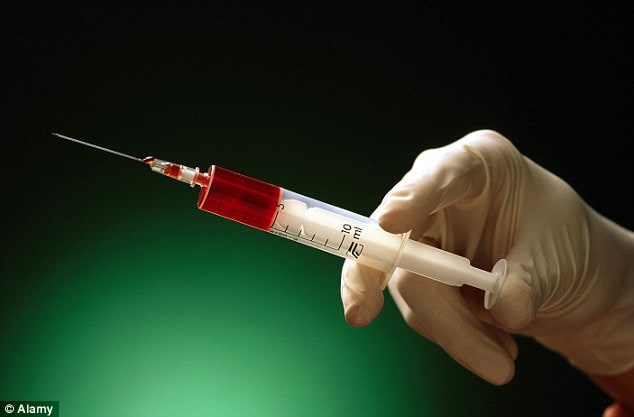 In the 1950s, as a virologist and cancer researcher at Sloan Kettering, Chester Southam was working with the famous HeLa strain of cancer cells (named for the source patient Henrietta Lacks, who died of cervical cancer on October 4, 1951).

Southam wanted to know if there was a danger of these cancer cells giving cancer to one of the researchers at the facility by accidental exposure.

So in 1954, he injected the HeLa cells into a dozen hospitalized cancer patients without telling them what he was doing or why.

He lied to them, saying he was only testing their immune systems. But he was really experimenting to see if the cancer from Henrietta Lacks would grow in another person.

Several of these patients grew tumors about 2 cm in size and in one of the patients, the tumor metastasized to the lymph nodes.

Since these patients already had other cancers, Southam wanted next to see if the HeLa tumors would grow in healthy persons as well.

150 state prisoners volunteered to him for various reasons (such as feeling it would help atone for their crimes) and he injected the HeLa cells into 65 of them in 1956.

Tumors grew in the prisoners too, on theirs arms at the site of injection.

But all of the prisoners’ antibodies fought off the tumors and they vanished.

Southam then injected the HeLa cells into more than 600 other people in the years following that, incuding every OB-GYN surgery patient at Sloan Kettering, each time lying to these patients about what he was doing.

“We’re just testing for cancer,” he told them.

When all of this came to light in the 1960s, a reporter from Science asked Southam why he didn’t inject the cells into himself instead.

His reply was shocking!

Southam simply said that he was more important than these patients, that his life was more essential.

“Let’s face it,” he said to the reporter, “there are relatively few skilled cancer researchers around, and it seemed stupid to take even a little risk.”

Stupid to risk his life for research, but not too stupid (in his opinion) to risk the lives of hundreds of other people!

The ethical codes in place today would prohibit such a horrific experiment.

Southam’s career would have been at an end if he had done such experiments in disregard to any such code of medical ethics, and he likely would have been stripped of his medical license and perhaps imprisoned.

But such codes didn’t exist in the 1950s and Southam’s only punishment was a one-year probation.

Southam remained a professor of medicine at Thomas Jefferson University Medical College until the end of his career in 1979.

One Comment on “The evil that Chester Southam committed”