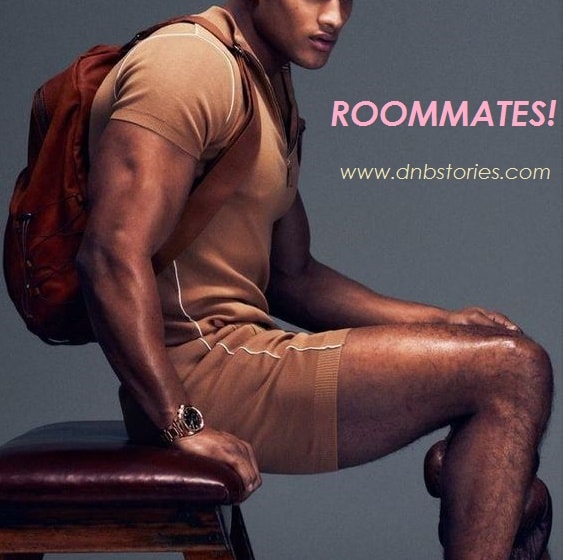 The sun came out early.

Everybody in the house woke up late.

There was light, and the air smelt lazy.

The only detail that was slightly different this time was perhaps the location.

In the dream, Loveth was a beautiful princess dressed in a gorgeous gown as usual.

But instead of the usual garden where she normally stood, surrounded by yellow and fragrant flowers, waiting for prince charming, today, our curvy roommate found herself in a desert.

The sun was scorching and the soles of her feet burned.

Beside her, a desert viper hissed.

Then a giant spider cropped up from the dust.

She screamed and began running.

And just then, the prince of her dreams came, scooping her off the hot soil and saving her from her tormentors.

As usual, he was brown-skinned and wore only a small piece of loincloth, exposing muscular thighs with sleeping, sweet-smelling hairs.

And just as the prince and his princess were kissing and fondling each other, Georgina slapped Loveth, hard on the arm.

‘This girl! Ogini? You want to strangle me?’

Loveth opened her eyes, hissed and then turned to face the other way.

It was almost ten o’clock when Georgina came out to the sitting room to find Max lying on the couch. He was pressing his phone.

‘Did you sleep here?’ Georgina asked.

‘Nope. Came out a few minutes ago. Did you sleep well?’

‘Okay.’ Georgina picked the decoder remote. The channel was on Nat Geo Wild, the volume so low it was barely audible.

‘Are you watching this?’

Max shook his head. ‘You can change it to whatever you want.’

Georgina looked at the remote again. The buttons looked strange. Not the usual one she was familiar with. Scared not to give away her inexperience, she simply turned the volume up a little and sat down to watch the station.

Some group of milk-skinned fishermen were showing off their catch skills.

‘I liked the stew you made,’ Max said.

‘Thanks dear. What do you want to have this morning?’

‘We can just do beverage for breakfast and then plan a heavier lunch, what do you think?’

Before Georgina could say anything, Max added, smiling, ‘By the way, I have a date tonight.’

Max rose to a sitting posture on the couch, his smile turning more girlish. ‘Yes darling.’

Georgina looked amused too as she stared back. ‘So, permit me to ask, but how do your dates go?’

‘I mean what and what do you guys talk about?’

‘Normal stuff like what? Do you like ask the other guy if he is a virgin or not, or if they’ve got a big one?’

‘Is that what you asked your boyfriend on your first date?’

‘Hmm.’ Georgina could swear she understood no part of Max’s last statement.

‘Yes dear,’ Max said, ‘—and could you please now stop making that face?’

‘That sarcastic thing you do with your lips. Makes me slightly uncomfortable.’

‘Can I ask you a question?’ Max said.

‘Have you ever been with a woman before?’

A quick look of surprise crossed Georgina’s eyes. ‘How? You mean like have sex with a fellow girl?’

‘I once read on a website that women tend to be more bisexual than men.’

‘You read DNB Stories too?’

‘Yea. I was the one that introduced April to the website.’

‘Yes darling. I even know the owner personally.’

‘You don’t mean it! You know Daniel Nkado?’

‘Yes I do. Met him once or twice, at a digital launch event in VI.’

‘Is he part of your…your lifestyle too?’

‘Well I don’t know him that well to tell but I don’t think so. He has none of the markers.’

‘Yea. You know, the tell-tale signs.’

‘Yes dear. Wish he is though.’

‘How do you mean?’ Slight confusion flickered in Georgina’s eyes. ‘You like him?’

‘Yea I do. He has this appealingly calm personality that will make you feel drawn to him.’

‘Have you met him before?’

‘Yea. So let’s talk about your date?’

‘Okay, but before that tell me, have ever kissed a girl once?’

‘I’m still waiting for your answer,’ Max said after a while.

‘Well, I can’t actually call that a kiss, but it was close.’

Max laughed. ‘I swear I used to think you are a lesbian.’

‘Jesus Christ! You think I am Lee-Lee?’

‘Yes. Anyway, what made you think that?’

‘Forgive me if I’m being too stereotypical but you have this loud attitude that is peculiar to lesbians.’

Georgina smiled, depressed her cheeks and then shook her head.

April joined them in the room then.

‘Good morning all,’ she said, surviving a yawn.

‘Princess November, you finally decided to wake up?’

April hissed at Georgina. ‘Biko, what’s for breakfast, the queen is hungry.’

April grabbed a cushion and threw it at Georgina.

‘There is bread, we can make tea—or what do you guys think?’ Max said.

‘I’m in!’ April said at once. ‘Georgina, go boil the water while I make the tea.’

April shook her head. ‘You are just unbearable.’

Georgina did actually make the tea, but it was there the problem started.

Max had drank half the cup before he realized.

He turned to Georgina and asked: ‘Wait, what milk did you use in my cup?’

‘I asked you to use soy in my tea, but the curds at the bottom of my cup are white in colour.’

‘I used same milk for everybody.’

Shock slapped Max’s eyes wide open. ‘You used milk from a cow in my tea?’

‘Should I have used milk from my breast before?’ Georgina said.

‘Soy! There is soy milk on that table—that’s what I asked you to use!’

‘I only heard milk and I used lots of it like you said.’

Max let off a scream. ‘Oh crap! You are aware that I have a date tonight and you fed me milk!’

‘So if that’s true, why bother buying the milk in the first place?’ Georgina said.

‘I didn’t buy that! It was my stupid ex that did.’

‘And is this ex of yours not gay too?’

‘He is a top. Tops can afford to eat whatever they want and go about a walking toilet. But a bottom such as myself can’t afford to take that risk!’

April explained to her.

‘Oh,’ Georgina said. She turned to Max. ‘Okay,’ she began, voice turning advisory, ‘why not just be on the top today and then go back to the bottom position tomorrow?’

‘Yes, Max, is that not possible?’ April joined.

Max shook his head. ‘I can’t. I’m not versatile like that.’

‘So what can be done now?’ April said.

Max poured the entire content of his cup into a bowl on the table and stormed into the room.

‘Is this boy just gay or possessed too?’ Georgina muttered.

April and Loveth broke into laughter.

That evening, when Max’s date called, April and Georgina walked downstairs to inform him the date would be rescheduled because Max has taken ill.

But guess who they saw in the car when they got downstairs?

Get complete versions of all DNB Books on DNB Store, OkadaBooks or Flip Library!