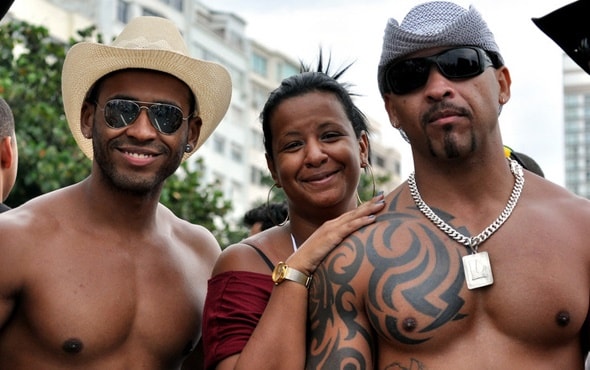 A new study has found new evidence that male sexual orientation is genetic.

Researchers discovered that genes on at least two chromosomes influence whether a man is gay or straight—and they are passed down exclusively from their mothers.

The study—which was presented at the annual meeting of the American Association for the Advancement of Science in Chicago—tested the DNA of 400 gay men and found that a region of the X chromosome called Xq28 affected men’s sexual behavior, as did a portion of DNA on chromosome 8, however, the precise gene is not known.

The X chromosome is inherited directly from mothers.

“They are more fertile, displaying fewer gynecological disorders or complications during pregnancy; they are more extroverted, as well as funnier, happier and more relaxed; and they have fewer family problems and social anxieties,” writes Natalie Wolchover of Live Science.

According to researcher Andrea Camperio Ciani at the University of Padova in Italy, these qualities make gay men mothers “perfect” for a male.