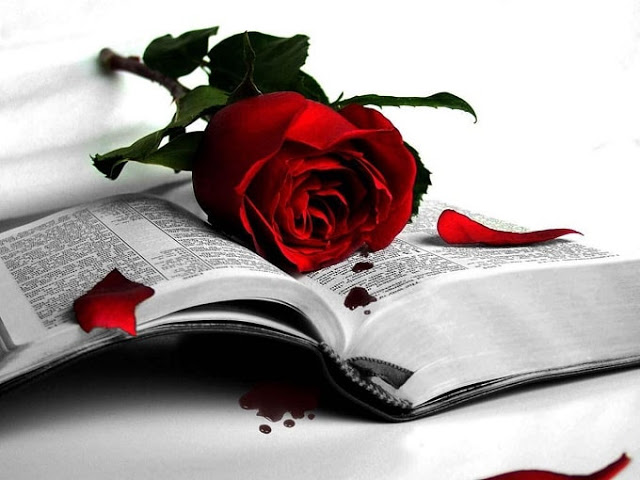 When I first met my wife, I was not attracted to her in the least.

However, after she persisted for several weeks (we saw each other often in church-related singles activities) I agreed to go on a date with her.

She convinced me that I should take her snow skiing because she knew of my interest in skiing and said that she used to snow ski competitively.

I thought that it would be great to ski with someone who could ski better than me and hoped that she would teach me a few things.

I viewed it as a casual date with someone whom I would never have considered as a potential spouse or even as a girlfriend.

It turns out she really wasn’t all that good of a skier.

On the 3rd run, she fell and hurt her knee bad enough to require surgery.

She had just quit her job and didn’t have insurance or any money. I felt somewhat responsible because I had pushed her to go on a more challenging terrain.

So, I stayed around to take care of her while she recovered. I brought her flowers, movies, meals, etc. I did all that I could while politely trying to take leave of her.

Things were complicated by the fact that that very same week, I had taken another girl from the same church setting on a first date skiing and she had also fallen and had damaged her knee bad enough to require surgery too!

So, they both showed up on Sunday following the skiing adventure to see each other on crutches. Of course two people on crutches in the same church get a lot of attention so people began talking. Another girl that I had been on a few dates with also chimed in to let everyone know of our relationship.

To summarize, I had created a true social debacle.

I didn’t want to date my wife, but because she persisted, I acquiesced so as to not hurt feelings. I thought I could go a little longer and then break it off nicely. In fact, I tried several times to break it off but each time my wife’s persistence kept us together.

Days turned into weeks and weeks into months. When the time came and out of a feeling of duty, I proposed.

Most women want diamonds and the bigger, the better. In line with my feelings for her and not wanting to get married, I did a despicable thing; I bought a plane gold band—as cheap as they come. I didn’t engrave it either because I planned on taking it back.

But she consented to be married.

As the marriage date loomed near, I hoped that someone would try and talk some sense into me. Even during the marriage ceremony itself, I was screaming in my head for someone to stop me or at least let me know that I didn’t “have” to get married. (Just to be clear, I had free agency and could have stopped it at any time.)

But I put all those things out of my mind as “normal” and that everyone probably is a little reluctant.

I proceeded by ignoring my heart and conscience. I couldn’t dispel thoughts that my wife’s parents had spent a lot of time and money preparing for the union. I carefully reviewed all of the cerebral facts; like the fact that my roommates had just been married and I needed to find a new place to live. And that I didn’t know of anyone with whom I would rather be at that point in my life at the ripe old age of 22.

I perceived that my opportunity to meet other eligible women was not that great having just moved from a small city to the largest city in the state.

I asked myself, “Is this my best chance for happiness? — If I hold out for someone ‘better’, will they really exist or are they a figment of my imagination?”

But in the end, the overriding factor was that I couldn’t break my wife’s heart. So, I put on my happy facade and ignored the inner turmoil.

That was almost 7 years ago when we got married and now not hardly a day goes by that I don’t regret making that decision.

I wish I had suffered the angst of separation back then. If I could undo it all like I can “undo” a mistyped word, I would.

But, on the other hand, I really love my children. I want the best for them. I would like them to see a happy and loving relationship. I would like to feel fulfilled….

Now, my question to everyone who has been patient enough to read this, is not loving someone enough justification for separation, at least to find out if you can be happier apart knowing that the other person loves you?

Can I be happier?

I plan on being very much involved in the lives of my children and I may even spend more time with them because I won’t be coming up with reasons to work late or to go on a long bike ride but in the end, what will happen to my kids?

Is there really someone out there with whom I could be happier with?

Is it my marriage that is causing my unhappiness or something else?

Will I make the same mistakes or different mistakes with similar consequences?

The writer of this piece would prefer to remain anonymous.

Visit THIS PAGE to find how to submit stories to DNB Stories.


Get complete versions of all DNB Books on DNB Store, OkadaBooks or Flip Library!