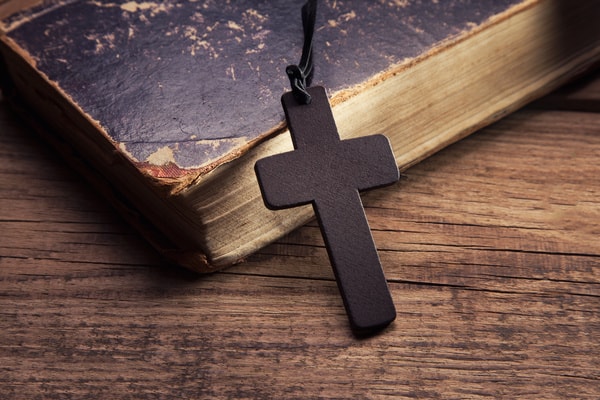 A man told Dr. Phil on his show on Monday that he might have to kill his own child to protect his wife.

According to John, his 12-year-old son, Jack, has exhibited traits of “demon possession” since he was two years old.

John believes his son needs an exorcism to be free from demonic influence.

John, a Christian, went on to say that the demon that controlled his son is a danger to his family.

He says he’s so concerned, and has plans for Jack to have an exorcism because he fears that if he doesn’t, one day, he may have to kill his own son to protect his wife and other children.

He asked John to explain how he came to know that his son was possessed.

“Tell me how you’ve come to the conclusion that it’s demonic possession,” Dr. Phil says to John on Monday’s episode.

“At 2 ½-years old, he began exhibiting traits,” John says. “There was the stacking glass around his mother’s neck, point side up, and if she would’ve turned — I mean, I caught him in the middle of it. I felt the energy shift, and I woke up.”

“But how is that behavior demonic?“ Dr. Phil presses.

It turned out most of the behavior John thought was caused by the devil was pretty typical of some mental health conditions.

The young boy did stack glass around his mother’s neck, and when asked why he did it, he said he was only “making mommy pretty.”

That’s a normal thing a kid would do. Not demonic.

John also says the demon spirit always turns his violent and he could feel the presence of the demon in their bedroom.

John said his stood up once when he was entering Jack’s room and cited that as evidence of Satanic presence, but science explains that’s a pretty common fear response regardless of whether there is an external stimulus.

Luckily, the child’s mom (and John’s ex-wife) agrees with the side of reason. She said she would do anything to protect her son.

John’s ex-wife Jen says there is no way on earth she is going to let their son go through an exorcism because he is not possessed and says her out-of-control son is just mentally ill.

Jen claims the main issue is John, who she says uses harsh means, including spankings, to discipline their child.