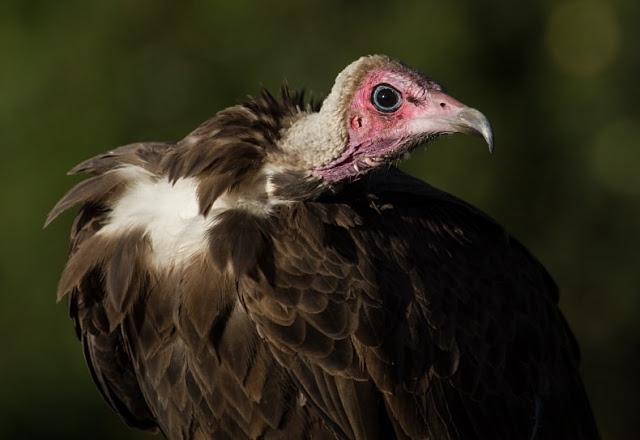 A vulture thought to be male for the past 25 years has shocked the entire staff of a wildlife sanctuary after laying an egg.

Harold the griffon vulture belongs to a declining species of birds of prey.

Staff at Eagle Heights Wildlife Foundation in Eynsford, Kent, wrote on Facebook that they were “flabbergasted” after discovering the bird was female.

The only way to tell the difference between male and female griffon vultures is through DNA testing, which was done in Tenerife when Harold was still a chick.

The results came back as male but Mr Jonathan Ames, director of the wildlife foundation, said the tests for birds are only around 80% accurate, and probably less so given it was done decades ago.

Harold’s sex had not been questioned before, until she surprised everyone by laying an egg.

The egg was laid while the bird is spending her first winter in an aviary, instead of performing in bird of prey displays.

Griffon vultures which mates for life rarely lay eggs in captivity. The female only lays one egg at a time and both adult birds take care of the incubation. After 50 to 55 days the young vulture hatches out.

Mr Ames, 31, said the species, which is found in Asia and parts of the Mediterranean, is “on the brink of extinction”.

He is hoping to breed Harold and release her chicks into the wild.


The sanctuary, which has more than 100 birds of prey and also has mammals including a cheetah, camel and meercat, is now looking for a “husband” for their animal.

The question of whether to rename Harold is still being debated.