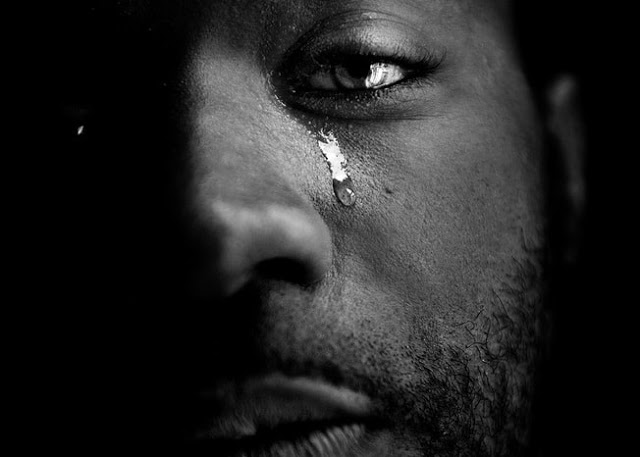 Nedu was stunned when he entered his room, it was sparkling clean.

For some reason Hillary, his roommate, had scrubbed and completely refurbished the room. The TV, its stand and the bulky DVD player had all been rendered dustless.

The floor tiles sparkled; Nedu was sure he could eat off them. The books on the reading table were well arranged and new—there were two large encyclopedias, a glossy-backed Longman dictionary and a few textbooks and novels.

Had Hillary robbed the library? Nedu thought to himself.

And then there was that fresh smell, it was pure heaven. Whatever air freshener Hillary used, it was superb.

Now, it wasn’t as if their room used to be a pig sty or anything like that, it was always normally clean—the normal rumpled bed sheet, usual thin layer of dust on the TV stand, the occasional litter of books on the table or one or two clothes on the bed.

Not even on the monthly clean-ups was their room ever this neat, seemed Hillary was expecting the Vice chancellor.

All the same, Nedu was impressed. He dropped his school bag on the table and sat on the bed, just as the bathroom door opened and Hillary stepped out, a towel wrapped around his waist.

“Don’t sit there! You no dey see?” Hillary barked. “I just bought that bed sheet!”

“So, the new bed sheet is not meant for sitting abi?” Nedu asked, perplexed.

“No, it’s not,” Hillary replied. “Get up and sit on the chair!” He pointed to the chair by the table. “Can’t you see I repaired the room?” he asked as he walked towards the wardrobe but stopped abruptly like he had seen a ghost, or a giant python. “Guy, why you go wear your shoe enter the room na?”

He took them to the balcony, grabbed a broom and came back into the room to sweep the sandy marks his shoes left, which Hillary was still looking at, hands akimbo and face furious.

In that posture he reminded Nedu of his mother when she was tired of scolding him over a single issue and did not know what else to do.

‘Chinedu, haven’t I told you to stop leaving the freezer open, you are no longer a baby!’

She would heave a sigh, or hiss, or shake her head, but most times she did all three.

Hillary sighed and said, “you too dey behave like baby”, and then went over to the wardrobe to change.

“Wetin happen?” Nedu asked as he swept the dirt. “Who you dey expect?”

“Okay.” Excitement fell over Hillary’s face. “You know those goods I’ve been talking about since, they are finally arriving today.”

“Yes. And please how long does it take to get to Nigeria, from London?”

“London is 6 to 7 hours from Lagos. What goods are you talking about?”

“The one Berry said she’ll send me, it’s coming today.” Hillary pulled a T-shirt over his head.

“That my London chick na, the one that sent me money the other time.”

Nedu remembered the day Hillary went to the bank, saying something about 20 pounds his London girlfriend had sent him.

He remembered they had eaten and drank the whole of that 6000 naira that same evening at a bar.

He also did recall now Hillary mentioning some goods she would be sending him repeatedly over the last week.

Because it’s been so long and without any goods arriving, he never put too much interest in it.

Hillary had always been obsessed with having a girlfriend from another country. He had once dated one who claimed to be a refugee from Sudan in Italy and had lots of money that she would give Hillary if he agreed to marry her and let her move to Nigeria.

He would have to send her money though, to process a visa and buy tickets as she couldn’t access her millions due to her refugee status, or whatever—Nedu didn’t quite really understand the story.

“So, what goods are they?” he asked Hillary. “Clothes?”

“Goods!” Hillary shrugged, like it was stupid Nedu would ask him what exactly the goods he was expecting were. “They might be clothes, or shoes, or anything—something I can use to start a business!”

“Really?” Nedu was clearly mocking him.

“Why did you clean the room then, is she bringing the goods herself here?”

“Maybe,” he replied, then went over to the bed and laid down carefully and slowly, like if he had done that a bit faster, he won’t just rumple the bed sheet but physically hurt it.

Nedu shook his head—surely Hillary wasn’t really expecting some goods or whatever, he reasoned. Surely his roommate wasn’t that stupid.

“She called me around 6 in the morning to tell me that she had sent it, it’s already 3pm, I thought you said London is just 6 hours away?”

“Is it coming via air?” Nedu asked Hillary who looked entirely clueless. “Look, Hillary, be careful, you might be working with 419 people, why would a girl you don’t know want to send you goods, which you do not know what they are, to start a business?”

“The mugu loves me, Oga,” Hillary said. “She sent me money, abi you don forget?” A cocky smile was plastered on his face now. “My brother, if mugu fall, maga go chop!”

“You sure say you no be the mugu this time around, see as your body dey sweet you over goods wey you no know wetin them be.”

Hillary was about to reply when Akon’s voice burst out of his phone. He immediately rushed and grabbed the phone.

“Hello Honey,” he answered immediately. “How are you?” He was smiling sheepishly as his girlfriend spoke at the other end of the call.

Nedu stepped closer to his roommate. “So what did she say?” he asked immediately Hillary dropped the call.

“The goods have arrived in Nigeria, but it’s been held by some men at the airport. They are going to call me soon.”

“Yes, from my girlfriend, Berry Pearls, she lives in London.”

“Is that even a human being’s name?” Nedu muttered to himself.

Hillary dropped the call, then looked at up at Nedu, his face masked with layers upon layers of worry.

“What happened, who called?”

“The Customs people, they’re saying the goods weigh 55kg and that they charge 1000 naira per kilogram for clearance, so I have to pay 55, 000naira to clear the goods.”

“Which people?” Hillary asked. “The Customs people abi? I guess so, that money is too much!”

“Don’t be stupid bro, there’s no goods or whatever. Your girlfriend, Berry and the so-called Customs people are here in Nigeria, probably in Ojuelegba or somewhere, roaming about the internet looking for idiots like you to prey on.”

“It’s not 419, Berry calls me with a London number—look at it!” Hillary showed Nedu his phone. “It has plus 44 on it, she sent me 20 pounds via Western Union, can’t you remember?”

“Forget that thing, jare. Why would a white woman, half way across the world take any interest in you, what do you offer her?”

“She loves me, she sends me money—obviously she has interest in me.”

“She sent you money once, just 20 pounds, I’m telling you now that this is a scam. Don’t be stupid, nobody falls in love like that nowadays.”

“White women do. They love black men. Berry loves me, wait let me show you all our chats you’ll know she loves me.”

“I don’t care about your chats, I’m just telling you you are about to be duped.”

Hillary was already on the phone before Nedu could tell him to just forget the whole thing and go into the kitchen and whip up something for them to eat – it was Hillary’s turn to cook.

“Hello, honey, they are saying that they would clear the goods with 55, 000, I don’t have that kind of money.”

“I was wondering if you can send me money to pay them, about 200 pounds.”

“Shit, really? Thank you so much!”

He dropped the call and turned sheepishly to Nedu.

“Did she say she will pay the money?”

“No, but she told me what the goods are.”

“Phones, fairly used phones!” The big grin on Hillary’s face was like that of a kid in a candy store.

“Where in the world would she get fairly used phones?”

“Don’t tell me you are falling for this shit, it’s not even a good lie. They are not even in the least bit convincing. Are these how goods are cleared in the port? Wait sef, is it the airport or seaport?”

“Uhmm, the man I spoke with – Mr Abdul – made mention of the airport in Lagos.”

“So it came by cargo plane?”

“Guy, no dey ask me all these questions na! You’re always too skeptical. This is business, you have to invest something to get something out—you have to take risks. Weren’t we told in entrepreneurship class that business involves taking risks?’

“But you never attended any entrepreneurship class!” Nedu was almost screaming, it might have seemed like a joke at first, but it was becoming obvious that his roommate was that stupid.

Hillary was trying to quote something someone had sent him on some social app.

“What do I have to say to you to show you that this is no opportunity, that on the contrary it is 419! Anyway, thank God you don’t have that kind of money.”

Hillary ignored him. He went to the balcony, grabbed his shoes and left the room.

Nedu just laid on the bed wondering how much a bag of rice which weighed 50kg would cost if they were to be cleared at the port, whichever it was, by Berry’s Customs officers.

When Nedu came home the next day from lectures, his roommate was prancing about the room wearing a gigantic cloak of worry.

“What is it this time?” Nedu asked.

“The goods, they should have been here by now.”

“What goods? Oh please don’t tell me, you sent those people that money!” Nedu dropped his school bag on the floor.

Hillary just gave him a very sheepish look and then nodded.

“Ha! Where did you get the money, kwanu? Biko don’t even say it is your school fees you sent to them!”

Another sheepish look and sluggish nod.

“They said, the goods will arrive this morning. It’s already 2pm.”

He felt like walking over to his roommate, grabbing him and giving him a resounding slap.

But instead he just stood there, mouth agape.

“I’ve been trying her number, but it’s no longer reachable and the Customs people, I can’t reach them either!”

“Of course, you won’t ever reach them again, you idiot!”

Hillary stopped pacing and just turned to stare at Nedu.

Nedu willed himself to calm down, after all it wasn’t his money to begin with.

“How did you even pay them the money?” he asked as he dropped to the bed.

“I went to the bank when I left the room yesterday evening.”

“Guy, you fuck up o! You really fuck up! Upon all the stuff I said to you yesterday, you just never listen!”

“Maybe the courier is stuck in traffic or their car spoilt or something,” Hillary continued rambling.

“They said they’ll send it via DHL.”

“Did you pay for that too?”

Nedu just stared at him, the anger in him rising by the minute and no matter how much he told himself it wasn’t his money, he just wanted to go over and slap the stupidity out of his roommate.

But instead he burst out laughing.

It wasn’t a light laugh or chuckle, it was those deep ones, the ones that came from deep inside your stomach, the ones that make you fall and roll around on the ground.

And the laughter went up in degree when Hillary dropped to the room floor and put both hands on his head, wailing.