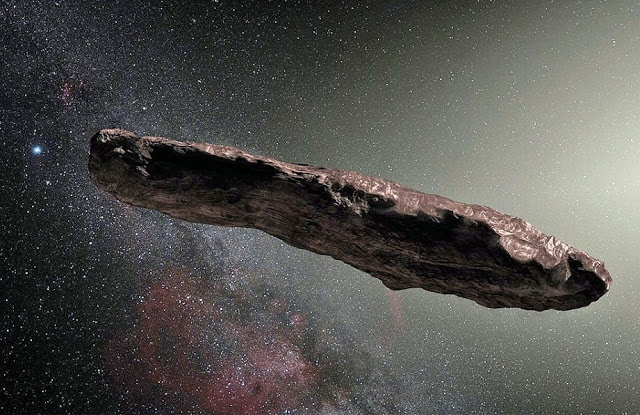 A mysterious cigar-shaped object spotted tumbling through our solar system last year may have been an alien spacecraft sent to investigate Earth, astronomers from Harvard University have suggested.

The object, nicknamed “Oumuamua,” meaning “a messenger that reaches out from the distant past” in Hawaiian, was first discovered in October 2017 by the Pan-STARRS 1 telescope in Hawaii.

Since its discovery, scientists have been at odds to explain its unusual features and precise origins, with researchers first calling it a comet and then an asteroid, before finally deeming it the first of its kind: a new class of “interstellar objects.”

Now, a new paper by researchers at the Harvard Smithsonian Center for Astrophysics raises the possibility that the elongated dark-red object, which is 10 times as long as it is wide and traveling at speeds of 196,000 mph, might have an “artificial origin.”

“Oumuamua may be a fully operational probe sent intentionally to Earth vicinity by an alien civilization,” they wrote in the paper, which has been submitted to the Astrophysical Journal Letters.

The theory is based on the object’s “excess acceleration,” or its unexpected boost in speed as it traveled through and ultimately out of our solar system in January 2018.

At first, astronomers thought the rapidly moving faint light was a regular comet or an asteroid that had originated in our solar system.

Comets, in particular, are known to speed-up due to a process known as “outgassing,” in which the sun heats up the surface of the icy comet, releasing melted gas.


But ‘Oumuamua didn’t have a “coma,” the atmosphere and dust that surrounds comets as they melt.

Multiple telescopes focused on the object for three nights to determine what it was before it moved out of sight.

Ariana Grande nearly fell on stage but recovered like a pro!

Wed Nov 7 , 2018
by Staff writer Ariana Grande performed her new single “Thank U, Next” live for the first time on the Ellen DeGeneres show this week. The First Wives Club-themed performance was quite impressive as Grande and her backup singers had lots of fun on stage, notwithstanding the solemn lyrics of the […] 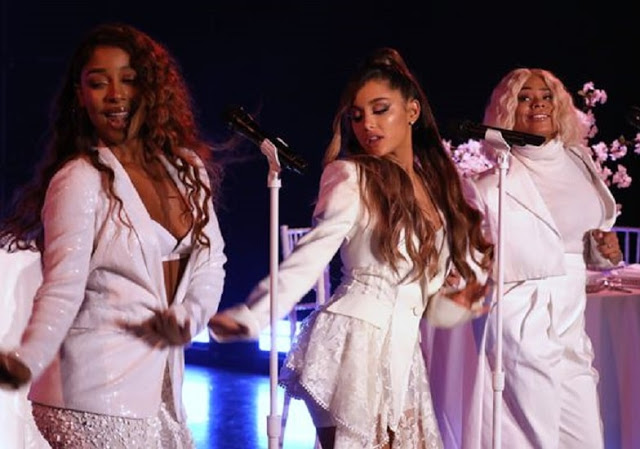