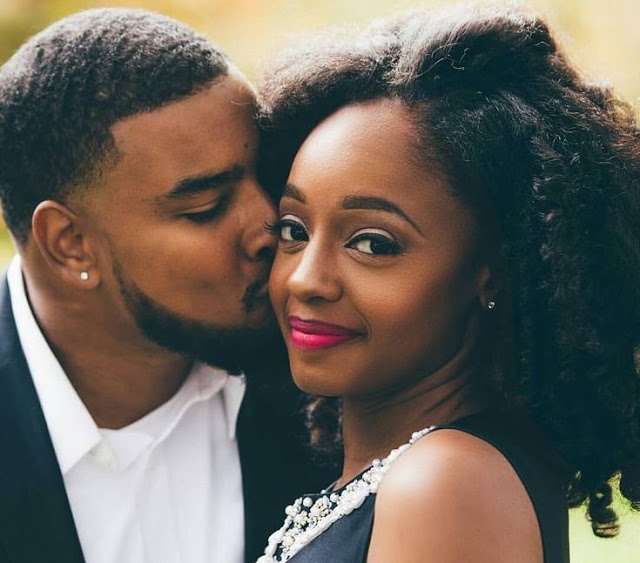 Andrew dropped the butter knife and took a big bite on the bread. ‘So did you finally pick the girl?’ he asked, his voice distorted by chewing.

Eunice looked across at her husband and gave a slow nod. Had he not come home last night drunk as a skunk, he would have known. She dropped her teacup and wiped her mouth with the napkin. ‘Cecilia?’

‘Ma!’ Like a ghost scene in a Nollywood movie, Cecilia appeared from the adjacent door, wearing a white and blue checked apron.

A few minutes and the central door opened again. ‘Here is she, Ma.’

Andrew raised his face from his plate of fried egg and greens and turned his eyes to the new girl standing across the table.

Something about her instantaneously struck him. For a second one might assume he was enchanted. Or that he knew the girl before.

But it was the girl’s innocence. Like a halo it encircled her. Mere looking at her you could just tell how young, naïve, untainted she was. And she was beautiful too, even in her long flower dress and free-plaited Suku— a beauty raw and unprocessed.

Now he regretted having told Eunice not to bring her in the first place. He had the opinion that all the young girls in the village are spoilt. That they show this inexplicable affinity to premarital pregnancies and home wreckage. But looking at this girl, he saw no suggestion of sin.

What he saw was rather welcoming. Endearing.

‘Your name is Grace?’ Andrew said.

‘Grace, you are welcome to my home,’ Andrew said with a small smile. He rose from the table and picked a serviette. He dabbed his mouth with it and pecked his wife on the cheek.

Grabbing his briefcase, he headed out.

That evening when he returned, he met Grace dusting in the sitting room. Cecilia had initially given her the chore before leaving to the mall in the morning to get groceries. Cecilia had returned some hours later and asked Grace why she didn’t do what she had asked her to do before leaving for the store.

Cecilia bent and touched the edge of the glass table. ‘Are you well at all?’

Grace did not understand. ‘But I dusted it.’

‘Before I complete a blink, run and bring that dusting cloth and dust this place!’

Grace was still dusting when Andrew walked in.

Cecilia appeared in the sitting room in her usual manner of making unexpected appearances from nowhere, aproned, her face as expressionless as always. ‘My day was fine, sir.’ She took Andrew’s briefcase and jacket and walked away.

Andrew sat down on the couch. ‘Actually, Grace, I was asking you.’

Cecilia came out again. ‘Is there anything else you’d like me to do for you, sir?’ she asked.

Andrew looked at her. Going to your room to sleep maybe. ‘No, nothing,’ he said.

‘I need you in the kitchen.’

He felt amused at the strange wish that crossed his mind—that Grace was his daughter. He was smiling as he picked the remote to turn the TV on.

About an hour later, he entered the kitchen. Cecilia was spooning thick, meat-crowded yellow soup into storage containers for freezing while Grace was pounding yam.

‘I will be going out,’ Andrew said.

Cecilia turned suddenly to the voice. ‘You won’t eat first?’

Because it wasn’t Cecilia’s voice, Andrew turned and said, ‘Thank you.’

‘How many years are you going to spend pounding that yam?’ Cecilia barked.

Grace picked up the pace of her pounding, rapidly filling the air in the kitchen with determined kpo kpo kpo sounds.

When Grace was carrying out a bowl of water to the dining table and saw him, she nearly dropped the bowl.

The oga he saw now was the younger, and handsome, version of the bearded old man he’d met before. ‘You had a haircut, sir?’ she asked Andrew.

Andrew dropped his car keys and newspaper on the table. ‘What did you say, Grace?’

‘Oh.’ Andrew’s dimples showed in a small smile. ‘Yes. Just coming back from the barber’s.’

‘Nice. So why haven’t you been cutting your hair since?’

‘Mm?’ It showed clearly on Andrew’s face that he hadn’t expected this question. ‘Oh well, I…I…’ Now he discovered he had nothing to say. There hadn’t been any good reason he stopped visiting the barber’s, or doing his morning run. Or being very sad.

Inside the kitchen she pinched Grace’s right ear and told her to mind herself. ‘Not even a shred of immorality will be tolerated in this house, do you hear me?’ she said. ‘Do you?’

Grace suppressed the urge to ask Cecilia what she had meant by immorality. A kettle of boiling water was on one of the gas ring and from recent observations, she couldn’t tell just yet the threshold Cecilia observed before turning uncontrollably violent.

Get all complete stories by Daniel Nkado on DNB Store, OkadaBooks or BamBooks!
Share this post with your friends: