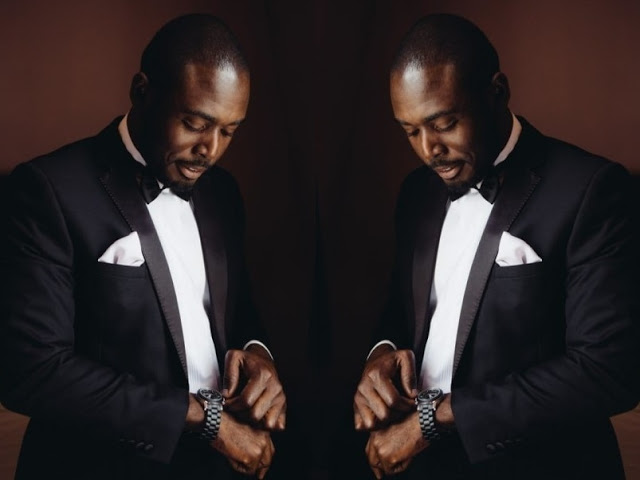 Like all men who run their own businesses, Andrew returned from work whenever it pleased him. Sometimes you see him home quite early, other times you would hear the sound of his car very late in the night, at times as late as midnight.

Those were the days Akpan felt like slapping him as he dragged toward the gate, battling to keep his eyes open. Once, he had opened the small gate for him and stood there waiting for him to drive in. Andrew had to come down and open the big gate himself.

Other days, though, Akpan considered him one sweet hell of a boss. He never shouted at employees, never randomly added new job roles, and, of course, of utmost importance was that he never owed salaries.

But for the last five or six months Akpan could remember, Andrew has been returning from work quite more irregularly than he ever could remember. Many times he came home very early, only to change into something else and drive out again, now to return as late as the times he worked late. Or even later.

This maddened Akpan, but not as much as it did Andrew’s wife, who despite her own stiff work schedule, has always endeavored to maintain a fairly-constant closing time.

But for some days now, Andrew’s work behavior has started to return to what Eunice, and Akpan, were used to. And this somehow made the two happy.

Grace was upstairs dusting when Andrew drove in. She had wondered why dusting was such an important task in this house. Who remembers to dust in the village? What is there to dust anyway? Fetch enough water to fill the big water drum in the front yard and Mama Grace would sing your praise throughout the day. She would even add an extra lump of meat in your soup.

But in this new house, Grace dusted almost three times daily, each time with a different dusting equipment, and liquid. Some she sprayed before wiping, others she mixed with water before use. Cecilia had taught her which to use for which. But her biggest problem was that no matter how long she dusted, Cecilia still saw dust. Somewhere, somehow.

The curtains parted and Andrew came in.

‘Evening Grace, how do you do?’

‘Do you always have to dust that?’ he asked, dropping his briefcase on the glass table. He sat down to pull off his shoes.

Grace dropped the CD box she was cleaning back on the pile on the glass extension. The glass structure projected from the wall just below the Flat Screen TV. ‘This is the last time for today, sir,’ Grace said.

Cecilia did not appear as usual so Grace lifted the leather case Andrew dropped on the table, picked his shoes and started toward the room.

Inside the room she stood in front of the bed contemplating the best place to drop the box. She wished now she had asked Cecilia about it before, or that Cecilia had appeared in her usual ghostly manner and taken the box in herself.

The door opened and Andrew came in. His fingers were on his tie, working to loosen it.

Grace turned suddenly. ‘Sorry, sir, where can I drop this?’

Andrew smiled. ‘Cecilia leaves it on the bed, how very proper. Drop it anywhere, my dear, as long as I can find it when I need it, I’m good.’

Grace did not like this reply because it didn’t quite handle her confusion. She walked to the bed and laid down the box like a sleeping baby. ‘I will just leave it here, sir,’ she said.

Andrew, now standing in front of the closet unbuttoning his shirt, barely glanced her way. ‘That’s alright, Grace,’ he said.

‘Okay, sir.’ Grace was turning to leave when the new calendar hanging on the wall above the bed caught her attention. It was from Andrew’s company.

Grace read the title below a colorful picture of a lady dressed in a man’s suit slowly. HOW PREPARED ARE YOU FOR THE BOSS CHALLENGE?

Grace found the picture very amusing, the extra spaces the suit left after having swallowed the woman’s body. More amusing was the shocked face on the lady, like the suit had appeared on her from nowhere.

Andrew turned and screamed at the same instant: ‘Oh my God, you are still here?’

Grace’s eyes ran toward the voice and she saw that oga was completely naked. As Andrew scrabbled for a robe to cover himself, Grace scurried to the door. At the door she pushed instead of pulling.

Finally she was out and took a deep, settling breath.

Inside the room, Andrew was happy that Grace hadn’t seen that it was Madam’s night gown he could reach first to cover himself with.

Like a ghost she appeared in her front. ‘What did you go in there to do?’

Cecilia grabbed her hand and jerked her forward, and in that way, she transported her into the kitchen and locked the door. ‘What did you go in there to do?’ she asked again.

Grace looked at her and couldn’t understand why she was so agitated. But it was still Cecilia, abnormal Cecilia.

‘Answer me! Did he call you into his room?’

‘No. I just carried his bag inside.’

‘And since when did that become your job to do? Since when?’

Grace did not say word.

‘Am I not asking you?’ Cecilia’s voice went higher and this jarred at Grace’s head, driving her to speech. ‘Please leave me alone,’ she told Cecilia. ‘What wrong did I commit by taking his bag and shoes inside when you are not there?’

Grace had heard the sound of a slap before she realized it was her cheek that was actually slapped. The pain came slowly and then it spread out. ‘Aunty Cecilia, what did I do to you now?’ Her eyes clouded with tears, one hand on her warm cheek. ‘Eh what?’

‘You silly rat! Talk back at me ever again and you’d see what I will do to you!’