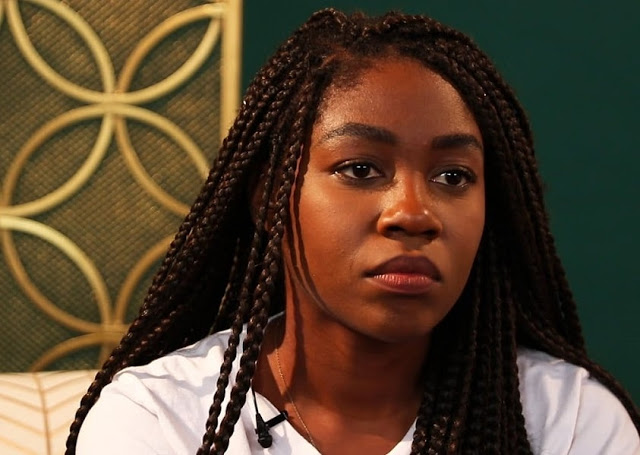 Mama Grace has always been a very patient woman. When the first husband she married, Okoluzo, sent her back home after she lost three children, neither of them reaching four, she didn’t cry.

When people called her a witch and accused her of having eaten up her children, she left everything to God.

Because Mama Grace always believed joy would come in the morning.

And most of the times it did. When Papa Grace came and paid her bride price, she knew her patience has paid off.

When Okoluzo married Azuka, who used to be her best friend, she wished them well.

When they lost a young child, Mama Grace sympathized with her former husband and friend.

When the stories came that the new nurse at the Community Health Centre, Agundu, has found out what the problem was, that Okoluzo is an AS and could only marry someone who is an AA, Mama Grace called her vindication the joy that came with the morning.

And so she forgave all those that had called her witch and a child-eating demon.

When she gave birth to a beautiful baby girl, she didn’t think twice before naming her Grace—Amala-chukwu. Because Mama Grace knew that in her life, God’s Grace abounds.

But today that she was wearing black, receiving visitors that had come to commiserate with her, over the death of her Grace, Mama Grace knew she has lost it all.

And for the first time she could ever remember, she felt hopeless.

But she had nodded to each ‘sorry’, and allowed all the consoling handshakes or hugs. She was grateful that so many had come.

After the small funeral, when Eunice and her husband gave her and Papa Grace three large bundles of money and promised to send them money every month till their death, Mama Grace suppressed the feeling to think the unthinkable.

She remembered what Mama Uzo, her friend at the market, had told her that evening, how she had said it.

‘Are you blind?’ Mama Uzo had asked Mama Grace. ‘Don’t you know they have used your daughter for money rituals. Ogwu ego!’ Mama Uzo untied and retied her wrapper.

Mama Grace was seeing her off that evening she came to say her own condolences.

But Mama Grace had buried her suspicions and collected the money from her cousin, believing that no evil will go without suitable punishment in due time.

Again, her patience manifested. For there is actually no Mama Grace without her patience.

The journey back to Lagos was not as gloomy as when they were coming. Andrew left a Tu-face song on while his wife chatted with him occasionally. The sadness was lifting, Eunice could feel it. And she was sure Andrew could too.

‘You think everything will be okay?’ she asked her husband.

Andrew nodded. ‘I know it will.’ He reached for her with one hand and they joined hands together.

Eunice felt a soothing rush of air inside her.

But as the cloak of sorrow that has been with them for many days since an adorable young girl departed started to dissolve, one member of the household, one that originally was never part of the mourning, got ensnared in a whole new kind of torture.

Cecilia came awake with a shivering start. This would not be the first time she would be having the torturous nightmares.

In the first one she had, a man was pursuing her with a cutlass along a narrow track surrounded by green bushes. The next one, someone pushed her off a cliff and she came awake with her scream before she could land at the rocky bottom.

Today, she had found herself in a room filled with green, slimy frogs.

As she tried to settle her breathing, she rebuked a part of herself. The part she thought was weak and often remembered the young girl she had murdered. That part was the reason for the nightmares, Cecilia was now sure.

So that morning, with her heart as hard as it has always been, she tainted Eunice’s tea with the deadly fluid her cousin had given her.

Grace’s death just like her arrival caused remarkable changes in the house. For one, it appeared the whole building was now shrouded by a thick, invisible veil of silence. Conversations were brief, delivered in near whispers.

But now he only muttered, ‘Oga, good morning,’ with a face so unsmiling Andrew felt sorry. For Akpan, for himself, for everything.

Like he also did the night Eunice suddenly burst into tears in the middle of the night, asking, ‘Grace why? Why would you have to go now? Why?’

Andrew had moved closer and folded his wife, telling her to stop crying, that all would be well, all the while wishing that someone else said the same words to him. Someone with more confidence.

When Cecilia narrated to them how Grace had mistakenly eaten from a plate of poisoned food she prepared for rats, Eunice fought hard not to think the worst—that Grace had done it on purpose.

The last thing she could take at that moment was to feel her deep discussion with Grace might have played a role in her death. She knew she couldn’t survive it if that were to be so.

So that evening she had called Cecilia into the room and asked her some questions.

First, she asked her if she had at any time noticed Grace was sad.

Cecilia said no, that Grace looked anything but sad the days before her death.

Eunice asked if she was sure Grace had eaten from the poisoned food by mistake, if she truly had no idea the food had been poisoned and was for rats.

Cecilia said no, that Grace had no such knowledge. Then she sniffled and began to cry.

‘Why are you crying?’ Eunice asked her.

‘Madam, it is actually my fault,’ Cecilia sobbed. ‘I was late with breakfast that morning and Grace had actually complained she was hungry. I told her to give ten more minutes that the food would be done, just ten more minutes I had asked of her before I left the kitchen to go and drop a portion of the rat food in the rooms downstairs. By the time I got upstairs again, I found Grace in the kitchen, standing before the freezer, spoon in one hand, mouth already bulged with the poisoned rice.’ Cecilia sniffled on and on.

‘It’s okay, Cecilia. Blame not yourself.’ Eunice stood and patted her back. ‘You can go now.’

This had happened the night of the morning Eunice travelled to the village with Andrew to inform Mama and Papa Grace what had happened.

The first time Cecilia had narrated the story of how Grace had unknowingly eaten poisoned food meant for rats was when they came back from the hospital on that ill-fated day.

Akpan had been around. And he appeared to be the only one who did not believe Cecilia’s made-up story. But because he had no evidence, not to mention the answer as to why Cecilia would go to such a length of murdering Grace, poor Akpan kept quiet with his doubts.

But now there was one in the house, one neither seen nor heard, yet that saw and heard all, one now with the knowledge of it all, including the knowledge about why she was now an invisible phantom.

Even in her supra-physical state, she was determined to finish the good work she has started in the household.

This, Cecilia did not know.

‘Here, ma.’ Cecilia was passing the tea cup to Eunice, who was sitting on the couch, a fashion magazine open on her lap.

These days nobody cared about dining manners any more. There had been times she asked Cecilia to bring her food into the room.

She extended one hand to take the tea from Cecilia, her other hand holding down the magazine her eyes were on.

The cup hadn’t fully entered her hand when it slipped and fell.

As Cecilia saw its tainted content pour away, she had to resist the urge to push Eunice down to it and force her to lick up the tea. But on the outside, she said, with an apologetic bow, ‘I’m so sorry, ma. I will make you another cup.’

When she came out with another cup of tea, tainted just like the one that had poured away, Eunice was no longer on the couch. She has gone into her room.

When she knocked and said, ‘I brought your tea, ma’, the reply she got filled her up with rage.

‘Oh, Cecilia, I don’t feel like it again,’ Madam Eunice had said. ‘I will call you when I need anything.’

Because Cecilia was experienced in putting up any act she wanted, she had said, ‘Okay, ma’ in the most believable of voices.

In the afternoon, she added the killer liquid in the egwusi soup she had made. After she set the table and called her madam that the table was set, it took Eunice over an hour to come.

And when she finally did, before she could open the food, her phone started to ring.

In a minute she was speaking to someone on the phone, asking if a Mr. Oyewole was not there. Another minute and she was walking to her room, and another she was out of the room, all dressed up and heading out.

Inside the kitchen, Cecilia held the soup plate up in the air and hurled it to the floor. The colorful china shattered, staining the floor with poisoned yellow soup.

But as she cleaned up, a thought came to her mind, a thought that made her pause and stand the mop stick in her front, smiling.

The thought of a new way to revenge. A quicker, more effective way.

But what Cecilia did not know was that the invisible phantom in the house was always everywhere, seeing everything, hearing everything, even things not voiced out in words.