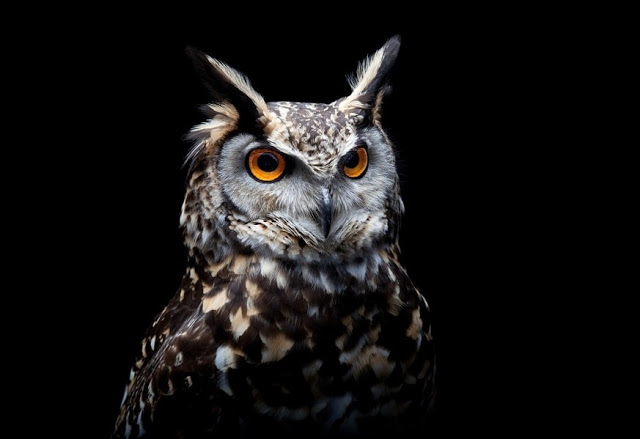 Mama Grace never had issues sleeping. In fact, there were times she thought she slept too much.

Like the day she put her head down on the table in her stall at the market and slept off. It was her friend and neighbor, Mama Uzo, who sold dry fish and cocoyam just like her that came to wake her to attend to a customer.

But tonight, Mama Grace was finding it hard to sleep and this worried her. For a second she thought she was getting too old and that her body has started to change. That terrifying mid-age change every woman hated. Mama Grace was 40.

But then there was another feeling, new and strange as it may be, that informed her it was something else. A feeling that made her feet cold even though it had been a warm night.

Beside her, Papa Grace’s mouth was wide open, croaking out loud snores.

Mama Grace unwrapped herself from the bed cloth and put her legs to the ground. She reached for the kerosene lamp by the wall and turned it up.

Outside, she dropped the lantern on the veranda and walked to the stand of bitter-leaf shrubs bordering her vegetable garden to urinate. She has only untied her wrapper when a bird screeched from the tall palm tree nearby.

Before she was done easing herself, the bird screeched again and then Mama Grace heard flapping sounds as it flew off. ‘O buru ajo ama, o buro nkem—if it’s bad news, it is not mine,’ Mama Grace said, tying back her wrapper.

Now that he is before the steering wheel, driving her wife to the village where Grace’s parents lived, he felt even worse.

He wished he had been the one that died, that Grace could rise so that he would replace her in the land of the dead. What is there to be alive for anyway. Not that he had any child he was caring for.

That afternoon, he arrived the hospital a mess, barely turning off the engine before jumping down and running into the building, stopping to ask any hospital worker he saw if they knew where they were, yet not waiting for them to reply before moving on.

There were some patients he asked too.

Till finally he sighted a figure that looked like his wife’s far down the hall on the second floor. He burst towards them.

Eunice had thrown herself into him before he could get close, vibrating with sobs. ‘She’s gone, Andrew, she’s gone,’ she sobbed.

At that moment Andrew had no reasoning at all. It was like a temporary shutdown of brain function.

It wasn’t until they were home, after Grace’s body has been deposited in the mortuary, that he entered the bathroom, sat naked on the edge of the tub and cried his eyes out.

But there was one in the house who didn’t share in the sorrow. She lay quietly on her bed that night, heart mushy with bliss.

Andrew nodded with a sniffling sound and steered left, taking them into the narrow dirt road that led to Grace’s compound.

Inside their parlor, Mama Grace was complaining to Papa Grace that she doesn’t yet feel normal. That she felt like someone was calling her to give her a message.

Papa Grace in his usual attitude of seeing his wife as always unnecessarily jittery had laughed, as he did that morning when Mama Grace had told him she could feel something was wrong, that her mother in the village might have fallen ill again.

And again now, Papa Grace said to his wife, ‘Woman, go and bring my food.’

Mama Grace was coming out with the tray of Papa Grace’s food when she heard the screech of a car coming to a halt. And then she felt a sudden pound in her chest.

She had been right, something was really wrong.

Now as she waited for her visitors to come close, she couldn’t describe how she was feeling. She felt cold in some places and warm in others, a feeling Mama Grace has never had before.

Eunice struggled to speak, it would be the first time in her life that speech failed her.

When her husband held her hand and took over, she felt grateful. She tightened her fingers around his.

But Andrew had only stuttered through the message. And Mama Grace was gone before he could finish.

Just as he managed to stammer out, ‘The doctor said it was late when she was brought in’, Mama Grace saw a huge cloak of darkness descend from above, swallowing her whole.

When she woke up again, she was on a strange bed in a strange room. The air was heavy with the nauseating smell of drugs and disinfectants.

Papa Grace was sitting by her side, and as her eyes cleared further she saw the couple again. The couple that brought the bad news. They huddled together behind Papa Grace, staring at her with blank eyes.

Now Mama Grace couldn’t remember what it was they had told her, but she knew it was bad. Very bad. She could see the guilt on their faces.

Instead of telling her she was in the Community Health Centre, that she had fainted even before Eunice’s husband could finish what he had to say, Papa Grace held one of her hands, tightly, nodding, telling her that it was okay. That everything would be alright.

Behind him, Eunice sniffled and let down a gush of hot tears. As if copying Papa Grace, Andrew held his wife too. He folded her up and told her it was okay.

But Mama Grace knew they were lying. They were all lying.

Nothing was okay. Nothing would ever be. Not when her husband’s eyes were teary.

Whatever could cause Papa Grace of all people to cry? What?

Now she remembered the news. She saw the shaking lips of the man that had brought it.

The doctor said it was late when she was brought in.

What stupid doctor said such nonsense? Did he not realize she was the only surviving product of her womb? The very last one. Did he no know her sorrows? Did he not think of what will become of her? Did he not…Mama Grace’s shoulder started to heave violently, tears streaming down her face.

But she jerked her hand away from Papa Grace and turned to the other side. She lay quietly back to the bed, swallowing the large balls of air that kept rising up her throat.