A type of spider found in Brazil is known to give the people it bites painful erections that could last hours.


Known as the Brazilian wandering spider, or Banana spider, or Armed spider, the species can cause long and painful erections in males which could lead to death.

The Brazilian wandering spider belongs to the genus of venomous spiders called Phoneutria.

It can grow to a six-inch leg span, and is known to stand on its back legs as it prepares to sink its deadly fangs into passing prey. 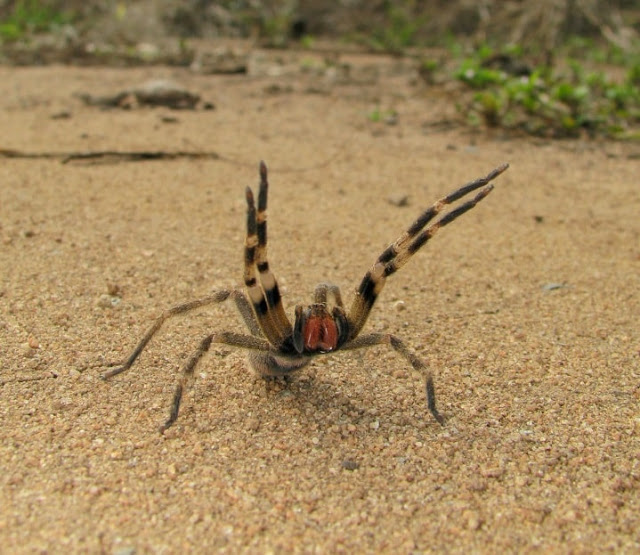 The spider venom contains a potent neurotoxin which can cause an intense pain and uncomfortable erections.

Erections resulting from the bite can last for many hours and can lead to impotence (or even death) if left unchecked.

Now researchers are trying to see if there is a way the spider venom could be of benefit to men suffering from erectile dysfunction.