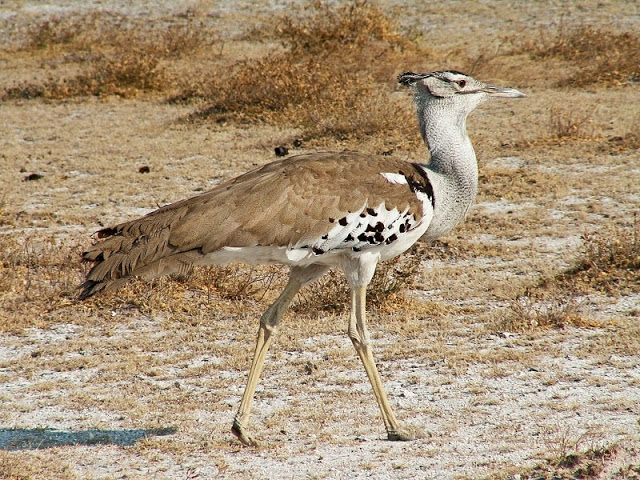 The kori bustard (Ardeotis kori) is the largest flying bird in the word.

A member of the bustard family, these birds can grow up to 19kg in size!

In fact, the male kori bustard (which can be more than twice as heavy as the female) is known to be the heaviest living animal capable of flight.

The kori bustard is found throughout southern Africa, except in densely wooded areas.

They are common in Botswana and Namibia, as well as in some parts of Angola, Zambia and Zimbabwe. 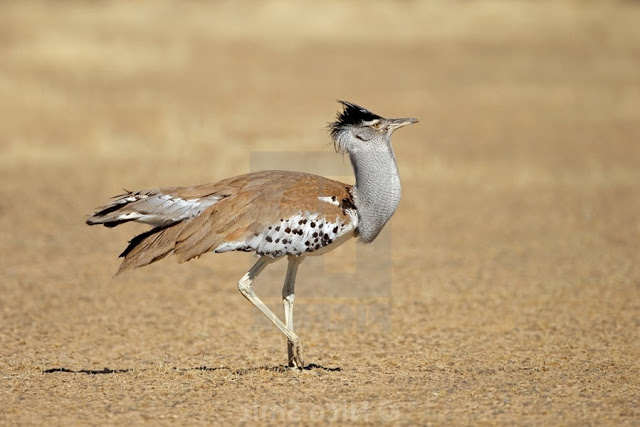 Though kori bustards are capable of flight, they still spend most of their time on the ground.

Being a large and heavy bird, the kori bustard avoids flying as much as possible.

When alarmed it will first run and, if pushed further, will take to the air on the run with much effort, its wings making heavy wingbeats.

Once airborne it flies more easily with slow, measured wingbeats, with the neck extended and the legs folded. 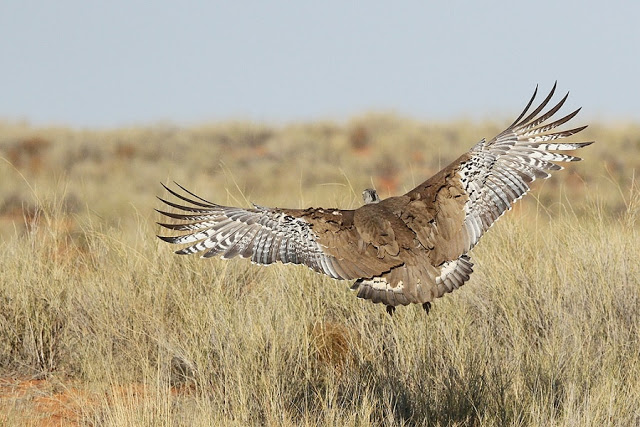 It usually remains low and lands again within sight.

When they land, kori bustards keep their wings spread and only fold them when the bird has slowed down to a walking speed. 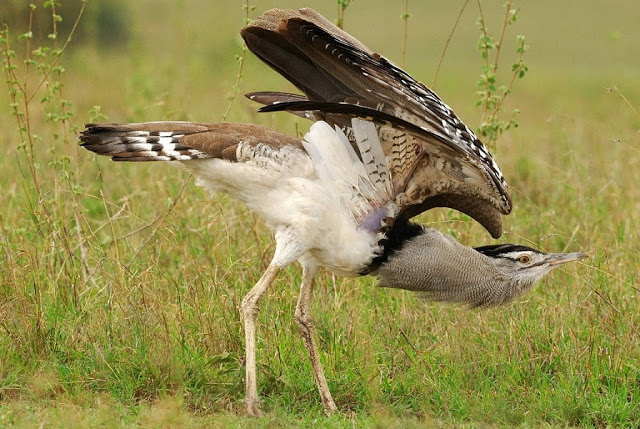