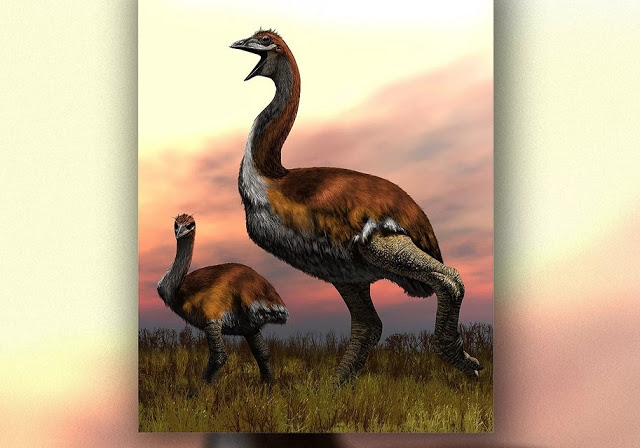 A new study has revealed the world’s largest bird to be a newly identified species of the elephant bird, Vorombe titan.

According to researchers, V. titan weighed as much as a dinosaur when it strutted around Madagascar more than 1,000 years ago.

The now-extinct monster bird weighed as much as 1,760 lbs. (800 kilograms), or about as much as seven modern ostriches when it was alive.

And, also like the ostrich, this elephant bird couldn’t fly.

V. titan is so big, that its average weight of 1,430 lbs. (650 kg) is comparable to Europasaurus, a small sauropod (a long-necked dinosaur), which weighed about 1,500 lbs (690 kg), Hansford and study co-researcher Samuel Turvey, a professor at the Zoological Society of London’s Institute of Zoology, wrote in the study.

When the herbivorous elephant birds went extinct about 1,000 years ago — largely because of human hunters — the Madagascar ecosystem changed. Plants that depended on the birds to eat and disperse seeds floundered.

Elephant birds “undoubtedly had a significant impact on creating and maintaining the landscape in ancient Madagascar,” Hansford said.

“And their extinction has left a hole that we need to think about conserving in their absence.”

The included picture is an artist’s interpretation of an elephant bird and chick.