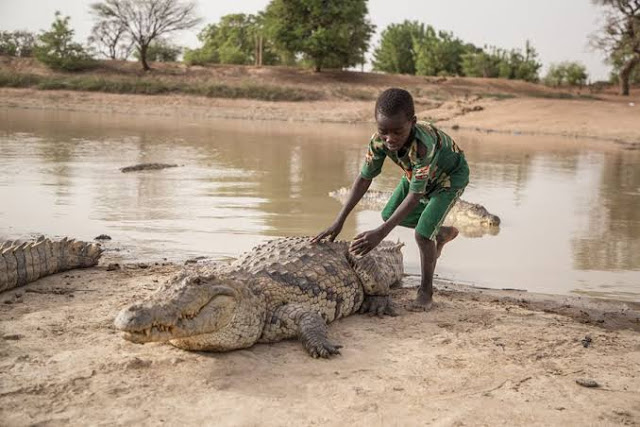 Last week, an 11-year-old African girl did something most adults wouldn’t do.


Rebecca Munkombwe, 11, went head to head with an African crocodile to rescue her friend who was being attacked.


According to The Sunday Times, Rebecca Munkombwe went running to a nearby stream when she heard the screams of her 9-year-old friend Latoya Muwani and saw a crocodile pulling her underwater.


“We had just left the water when we heard Latoya who was left alone swimming near the neck-deep zone screaming that something was biting her hand. Since I was the eldest among the other seven children, I felt the urge to save her,” Rebecca told the media outlet.


Rebecca jumped in the water, got on top of the crocodile, and then gouged its eyes out, which caused it to loosen its grip on Latoya.


“Once she was free, I swam with her to the banks where the other children pulled her out of the water. The crocodile, fortunately, did not attack us after it let off Latoya,” Rebecca said.


The younger girl escaped with just minor injuries, according to a local nurse who spoke to the Sunday Times.


She was bitten on her hand and thigh.


Latoya’s father, Fortune Muwani, was grateful to his daughter’s friend for saving her life.


“I was at work when I learned that my daughter had been attacked by a crocodile while swimming,” Muwani said.


“For a moment there I thought of the worst before I learned that she had survived after being saved by Rebecca. How she managed to do that I don’t know but am grateful to God. Latoya is recovering well here at St Patrick’s and we expect her to be discharged soon as her injuries are not serious.”