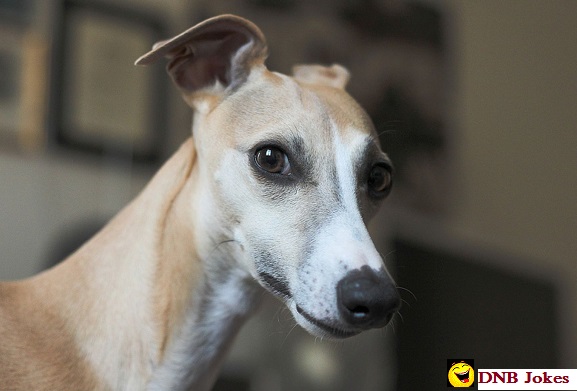 One day, Bingo was chasing butterflies and strayed deep into the forest.

Lost and scared, he wandered about aimlessly.

Suddenly, he noticed a hungry-looking leopard heading in his direction.

Bingo’s ears pulled back in fear.

But he quickly thought up something.

He saw some bones on the ground. He settled down and started chewing on them.

Now close, the leopard growled and lunged towards Bingo.

“Boy, that was one delicious leopard!” Bingo exclaimed, belching loudly. “I wonder if there are any more around here?”

Hearing this, the leopard halted. A look of terror came over him and he slunk away into the trees.

“Whew!” said the leopard. “That was close! That dog nearly had me!”

“Whew!” said Bingo. “That was close! That leopard nearly had me!”

Meanwhile, a monkey who had been watching the whole scene from a nearby tree figured out he can put this knowledge to good use and trade it for protection from the leopard.

Bingo saw the monkey run off to the leopard and nodded.

The leopard was furious for having being made a fool by an ordinary dog.

“Here, monkey, hop on my back so you can watch me chew that dog to bits!” he said.

Now, Bingo saw the leopard coming with the monkey on his back and thought to himself, “What am I going to do now?”

But instead of running, he sat down with his back to his aggressors, pretending he hasn’t seen them yet.

He waited until they got just close enough and groaned, “Where’s that damn monkey? I sent him off an hour ago to bring me another leopard!”