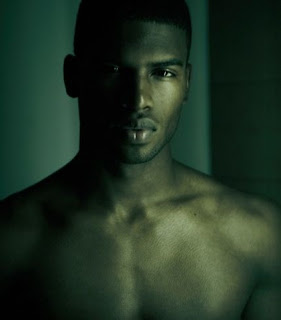 He knew her bride price had been paid and also who had paid it.

But he did not care. He was his enemy after all.

He’d seen her pass on her way to the tap, but he waited till she was coming back up, now burdened with her filled yellow jerry can.

She sang happily as she approached; she had seen her JAMB result earlier that afternoon. 292 was her score. She will get the admission, she was almost sure.


After looking at the result slip for many minutes, as if to be sure the 292 really meant her exam score and nothing else, her father had shaken her hand like she was a man his age before hugging her.


Her mother hugged her too and in that her self-possessed manner of not always acting so surprised towards things like that about her, said, ‘Obulozi ada mu? Is it not my daughter again?’


Now the boy jumped out of the bush to her front.


‘Kpoo ya ozo!’ Ozoemena crossed his arms on his chest.


She scowled at him. ‘Ozoemena, what is it?’


‘What is it?’ She wanted to go the other way and he quickly moved in and blocked her again.


‘Ozoemena!’ She looked back. The narrow ezi-ama path was as lonely as it always were. She wished now she had followed the other road that was wider and better used.


‘Ozoemena, let me pass now!’ Lines have appeared on her forehead.


She tried to go the other direction and he followed her again.


‘Ok, continue asking me question. Let me hear pim from you, ordinary pim and you will know if you will get to your father’s house whole.’


Her forehead creased further. Her neck hurt badly from the weight of the jerry can. ‘Ozoemena, what did I do to you? Eh, what?’


‘Are you asking me?’ He stared at her face. ‘Do you want to cry?’ He began to laugh. ‘You see your life now? Shebi that time you were following Obinna around like ijiji na eso nsi [flies running after faeces], insulting everybody as if you are a god, it didn’t occur to you that a day like this will come eh? That one day he would leave, abi?’


‘He-he! Did I just hear please? Adaku Onochie said please? I must be dreaming.’


He made to look back.


She tried to run, but he caught her by the hand and drew her back.


Her jerry can fell in the process. The water-filled container thumped hard on the baked ground, bounced a few times but did not break.


She quickly bent and straightened it. She rose and shot him an ugly scowl. ‘Ozoemena Mbachu, what do you want?’


Her laughter made him pause.


She clapped her hands. ‘Me, Adaku? You want me, Adaku Onochie, ofu ada Onochie, to go down on my knees for you? Inukwa! Nke gini jiri me, what are you?’


‘Ok. I can see you have not changed.’ He thrust his palm to her face.


‘Jesus! You slapped me, Ozoemena?’


She dived into him, head first. ‘You slapped me eh? You must kill me today!’


‘Hey-hey-hey, who is beating my brother’s wife?’ Uzo and his friend, Jideobi, were running out of the bush, their catapults swinging on their necks.


They came close and Jideobi flung the two squirrels they’d killed aside.


The boys grabbed Ozoemena’s legs and the next minute he was on the ground. Adaku balanced on him as they held down his hands.


He wriggled underneath them.


Adaku was feeding him with sand and leaves when she heard, ‘Ogini! What is going on there?’


The little boy fell to the ground and started to cry. His friend knelt beside him, pretending to be helping him.


Now Ichie Dumije was close. ‘What is happening here?’ he asked again.


On his shoulder was the long palm frond he’d cut for his goats. His in-curved machete was clasped in his right hand.


Adaku drew in a sobbing breath. ‘Nnaa, we were just returning from the tap when Ozoemena ambushed us and started beating us.’


Dumije turned to Ozoemena. He was wiping his face and spitting. ‘Nwokem, is that true?’


‘Ichie, don’t mind them o! They have been the ones beating…’ he abruptly paused, ashamed to finish up.


‘Ehen, continue.’ Dumije may have wondered why he looked dirtiest.


Dumije stared at him. ‘Ozoemena! Ozoemena, so you have not changed? I thought that after Igwe’s warning that you have finally decided to change.’


Ozoemena started to walk away.


Ozoemena turned and Adaku flashed him a tongue. She smiled at the boys.


Dumije turned to her and she quickly cleared her face.


‘Hope you are okay?’ Dumije asked.


‘Ngwa, you all can go now. Always be careful, inugo.’


She nodded again. ‘Thank you, Nnaa,’ she said.


‘Thank you, Ichie,’ the boys chorused.


Adaku bent to carry her water.


‘Do you need help?’ Dumije asked.


‘No, Nnaa, I can carry it.’ She put back her aju, lifted the yellow can and balanced its side on her head.


‘Greet your father,’ Dumije said as they began walking away.


The boys made enough money to repair the TV, buy another stove, some pots and change the carpet. They also bought a sheet for the bed.


The first time Obinna cooked, egwusi soup, Ahanna had teased him that he should have been born a woman instead. He told him that not even Ego, his sister, could cook that well.


The hundred and twenty thousand rent money was complete now too.


They couldn’t wait for the landlord to return. He’d travelled to Ibadan to see his other tenants. Obinna wondered if any one of them owed him rent like them too.


His relationship with Ore had also blossomed.


The first time she’d touched him, inside the room, he’d gently pushed her hand off and quietly left the room for her.


The second time, a week or so later, he took the trespassing hand, held it tight and told her to listen.


She obeyed and after he drew closer and narrated to her all about his wife in the village, she nodded, smiled and told him she understood.


She also told him his wife was lucky and he smiled, and felt extremely good within.


Slowly, their relationship melted into a platonic sweetness.


He stopped being afraid each time he was alone with her. They played together and joked often.


She taught him how to say ekaro, ekaso and ekale. How to eat Agege bread and ewa by first turning the ewa and oil sauce into a smooth brown paste.


He tried it and liked it.


He told her to always say odi mma whenever he asked her kedu?


She helped him write his second letter to Ada. That evening, she told him to cancel the ‘I Miss You’ he’d written at the end of the letter and write something like ‘Thinking Of You Always’ instead.


He didn’t understand her reason, but he’d agreed.


She also told him to draw something on the letter, a funny image he was sure would make her laugh.


He hummed and turned his eyes up in thought.


He finally drew two chicken legs on the paper and wrote underneath it, ‘How is Nkoli doing?’


‘She will understand,’ he said, smiling.


Ahanna first told him about Okechukwu and his business deal on a Saturday night.


They had just finished eating and were lying on the bed, their eyes to the ceiling, waiting for NEPA.


He’d found something fishy about the deal—buying bags of baking powder that has surprisingly gone scarce in the market—but he’d agreed, majorly because Ahanna sounded very excited about it, and the fact that he really did not know much about Lagos and its deals.


More relieving, they were not to pay the hundred and sixty thousand naira immediately. They would pay in parts, comfortably spread over three months.


Okey had said they should follow him to the market to confirm, but that Chief was a very honest man.


That he’d imported the powder by mistake and now he wanted to help people with it, young people like them who needed help. Young people struggling to make it in Lagos.


They’d gone to Alaba with him with a small sample of the powder—a smooth, sweet-smelling white dust.


Since people discovered the powder could be used for so many other things other than baking, it had disappeared entirely from the market— the man told them.


The next day was Sunday.


They followed Ore to her church— The Redeemed.


Before Obinna’s coming, Ahanna used to attend Miracle Mountain Ministries in Isolo, the pastor was called Pastor Sharp-Sharp, from the quick-working nature of his prayers.


But Ahanna stopped going after many months and nothing changed for him.


Pastor Sharp-Sharp was sluggish in his case.


He agreed for them to follow Ore to her church now that Obinna has come and it appeared God has finally remembered he existed.


Obinna liked the church, the way the choir sang Igbo and Yoruba versions of every song, as though a competition to find out the tribe that would out-dance each other.


He also liked the cold malt he drank as a ‘first-timer’.


Later in the evening, he was outside washing when a tall young man passed him, walking into the central corridor.


He had looked up to greet him, but discovered the man was not in the mood.


He seemed in a hurry.


He bent down to his bucket again, but he soon heard noises.

27 thoughts on “Something Bigger Than Love – 8”

Short Story: Blood On The Roses

Tue Jun 30 , 2015
by Daniel Nkado It was a perfect Monday morning. The bright morning sun blazed through the window panes. Uzoma’s eyelids fluttered and she woke. She turned to her side, her husband was not on the bed. She rose, put one hand to her mouth and yawned. Out of the bed, […] 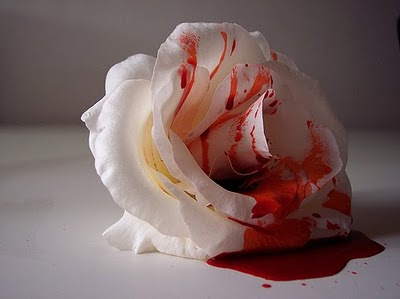