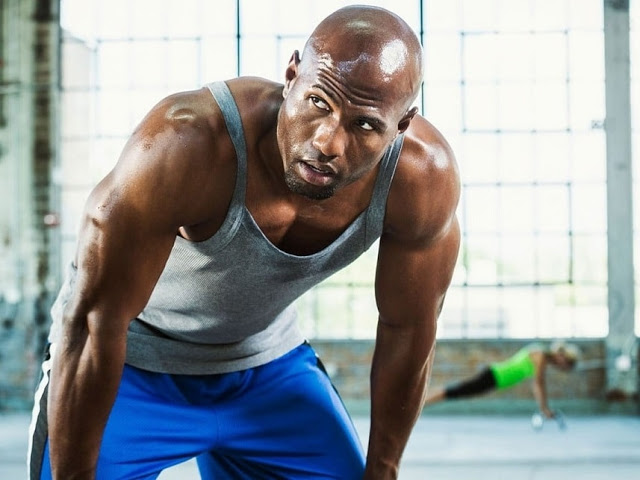 My name is Sarah, and I’m American.

I live in Portsmouth, Virginia, that part of the United States where everything look green and smell tobacco.

At least the weather is good. Personally, I consider it the best America has to offer.

I don’t work in a tobacco industry though, or in the marine. I have a job in a nice restaurant in the middle of town.

My first husband died in a car accident. He was drunk that night. He used to always be.

My second, well, he’s a much tougher case.

He’s got kids all round town and it didn’t take me much long to realize that he only was just looking for a nanny.

Don’t get me wrong, I enjoyed spending time with the kids. Of course, as I don’t have any of my own and not sure I ever will. I am 43 already.

But he’d lied and so we separated.

Thanks to my best friend and roommate, Ellen, I was able to pull through the glum days that followed.

And then something new happened.

I developed a new craving. For young black men.

I am not just talking about American men of colour. I mean real African blacks.

The solid ones. The kind that can only be found in West Africa, as I heard.

Ghana was my first thought, but I changed my mind when someone told me the best lies in Nigeria.

‘They are not just black over there,’ Mitch said. ‘They are big!’

I stared as he put up his elbow in demonstration and liquid curled in my mouth.

I arrived Lagos in February.

I got myself a nice cool hotel in the calm areas of the Island.

The food was good and the weather proved no too adverse either.

But I faced my next challenge—getting my dream African man.

At the club, they don’t seem to take much notice at me. I was slim and bony. I heard they preferred their women thick.

I went back to my hotel room that night alone and sad.

Finally I decided to talk to a steward in the hotel.

I looked on, and then gave a nod.

Service, have sex, sleep with, maybe it’s their term. ‘Yes,’ I said again.

I looked on, and then told him, ‘Late twenties or early thirties, the most important factor to take note of is strength.’

‘How much for some cute African boy with chocolate skin and strong muscles?’

‘And that should come to what in dollars?’

I took a moment to think.

He left and I entered the bathroom to have a shower. I shaved too and used a balmy pomade I got from the local Nigerian store.

I wanted to smell less American and more Nigerian. I tried twisting my hair up but it wouldn’t stay.

I was sitting at the edge of the bed, checking the news on my tablet when a knock came on the door.

I smiled to myself and got up.

I opened the door and had to restrain myself from throwing out a large wow.

A good one indeed!

He was tall, very tall, big-armed and room-filling.

His muscular frame showed fully in what he wore: a dark-brown sweater and jean pants.

He walked in slowly, looking around the room. Confidence exuded from him. Not that I had expected less from a man in his country.

‘What would you like to have?’ I asked him, walking to the fridge.

I heard nothing. I opened the fridge and turned back to him to ask again.

My goodness! He was already shirtless.

My fingers tightened round the handle of the fridge.

I managed to take out a bottle of wine. I poured two glasses.

He drank while standing.

I was sitting on the bed, watching him.

He would look at me and then look away and sip from his glass.

‘What are you called?’ I asked.

‘Obi.’ His eyes went narrow on me. The air imbued with desire.

I took in a swallow of air and dropped my glass on the lamp table.

I stood and walked to him. I felt his chest, swollen as if they were internally padded. I tickled his nipples.

I felt some hardening and got a chill at my sides.

‘So how long have you been working out?’ I asked.

He looked thoughtful. ‘Like three years now,’ he said.

I took his free hand and we walked to the bed. I left him standing there and climbed into the bed. ‘I’m all yours,’ I told him.

He poured all his glass into his mouth and dropped the glass on the table.

He started to remove his trousers. In a matter of seconds he was naked, and I was shaking.

Between his big, muscular thighs, a fat black rod stretched into the air.

I came close and tried to touch it. It scared me. It was so large that it appeared somewhat unreal, with all the thick veins and solid rigidity.

Finally, I took a deep breath and grabbed it with two hands.

‘Open your mouth,’ he ordered me.

I obeyed at once.

He pushed the rod into my mouth.

I stretched my lips further apart. I could feel him all the way to the back of my throat now.

My lips were their widest; there was barely any more space for movement, but he tasted so delicious. So I kept on lapping him.

He pushed in his entire length and stayed for a while. ‘Yea, baby, take it all!’

He pulled back a little when I began to choke.

He bent over me and tore away my gown. Leaving my small white self naked on the bed.

Still stiffly lodged in my mouth, he spread my legs apart and slipped a finger into my jar.

Even his fingers were larger than normal fingers.

I moaned out when he added another finger.

He made a throaty sound. ‘Are you sure you can take me?’ he asked.

Finally he pulled out of my mouth and I tried to breathe and bring back my lips to their shape.

He slipped three fingers into me again. He turned them round in my warm wetness.

Then he went on a little faster.

‘Are you sure you can take me?’ he asked again.

He pulled my behind to the edge of the bed and spread my legs apart. He came in between me and started to rub his smooth cap round my entry.

I vibrated with icy pleasure.

Finally, he started to move in. Inch by inch, he entered me.

It took several seconds for him to get fully in, yet it was still a tough accommodation.

I felt his first thrust in my womb.

I moaned out to the pain.

His second was slower, done with care.

Slowly, he settled in and started driving me.

His waist rotated as he steered round me.

I was turning this way and that on the bed, my two hands cupping the space in between my legs.

I must have been making some funny noises too.

‘Sarah!’ Ellen screamed my name again. ‘Wake up, you gonne be late for work! Again!’