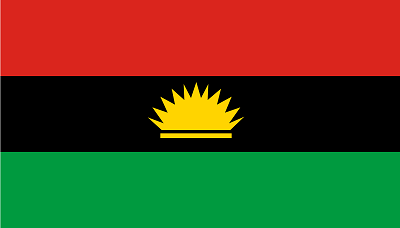 Usually, what we do here is storytelling and not political analysis or the likes.

But with the recent turmoil in the country, the protests and all, I feel stirred up to speak my mind.

And I have to say that this is just my personal view and does not in any way reflect the collective opinion of DNB Stories.

I am from the South-east. I grew up there, had most of my education there.

In fact, I will not be entirely wrong if I say that I am more Biafran than Nnamdi Kanu himself.

The Igbos are nice people.

We are strong and hardworking people.

But we are not perfect people.

If the South-east is paradise as it is presently, then there won’t be thousands of Igbos in Lagos and other parts of the country.

The mentality of the average Igbo youth while growing up is to leave. To go somewhere else and make money and then come home on occasions.

I know this because I’ve shared a thought like this too. Most of my friends have.

There are about a thousand and one reasons you could attribute this mode of thinking to.

I did not experience the war, but my father did. And so did my grandparents.

I was very close to my grandmother. She was an amazing woman.

She hated to tell the story of the war. Once, she heard my father and his friend talking about the war in my presence and she scolded them heavily to keep shut.

As a very curious kid, I asked her questions at times.

She never went deep, but even with the scantiness of her words, the brevity of the sentences she used, you’d see just how awful she must have felt during the war.

It was an experience she loathed so much she dare not talk about it.

But once, she made a statement that stuck with me.

Secession, she said, wouldn’t have put an end to all our problems.

It wouldn’t have been the ultimate solution, she said.

The Aguleri, after secession, would still have continued to fight the Umuleri.

Brothers would still have continued to kill their brothers.

Ariaria wouldn’t have suddenly begin to look like China.

Armed robbery, kidnapping and oppression would have continued despite.

Our leaders would not have suddenly turned saints on the mere proclamation of our sovereignty.

We are Biafrans and will remain so.

We will always have our lovely flag, our halved blazing sun, our culture, our pride, our peace, our tolerance, our welcoming of others, our everything good and lovely, without been hacked off from the Greater Nigeria.

Every country is made up of different tribes and factions, it is absolutely normal.

We do not need war to become good.

We do not need another trouble, or in the words of Nnamdi Kanu himself—violence and force— to become Biafrans.

Let’s say we become an independent state today, within a few months other internal issues that once were initially suppressed would spring up.

It is obvious that this current agitation is thriving on the false hope of a magical turnaround once we go home.

But it is not going to be so. There will be a lot of disappointments, years might even pass with nothing changing.

It is our proverb that say that a child does not suddenly start running without having crawled first.

Let us become true Biafrans first before agitating for sovereignty.

12 thoughts on “We Don’t Need a Biafria Republic to Become Biafrans!”

Mon Nov 30 , 2015
FIVE As soon as she saw him off to the gate, she turned and started back into the house. Her steps were hurried, her heart pumping fast. Inside, she sped up the stairs and pushed the door to her father’s room open. But Prof was not in the room. She […] 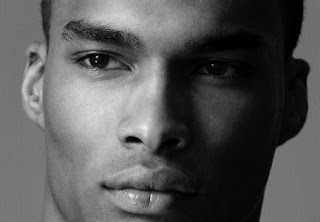