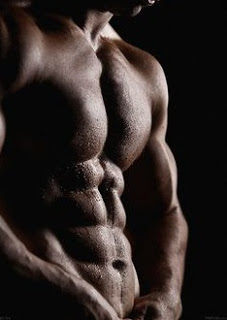 He was outside till 2 a.m., just watching the moon. It was near half of the month and the night was blessed by a bright gibbous.

Even at 31, he still could not fully explain his fascination with the moon.

What exactly it was.

When he was little and his father still lived, the two would sit on a short bench outside their compound, eyes turned up into the night.

Often, Papa pointed upward and told him stories. About how a woman who had returned home late from the farm was making dinner in the dark and had been struck by a great lightning and was carried up the sky, into the moon, with her wood axe.

Those days he stared and stared at the moon, determined to see if the woman in the moon would move.

He particularly enjoyed the nights when the moon is full. In the bright circle of white, he would find a peculiar form of peace.

His wife was snoring when he finally entered the room.

She was sprawled now on the bed with one of her arms on their son.

He adjusted the little boy and took one of the pillows and slept on the floor.

Amaka stirred when the upsetting noise from a nearby mosque started.

Finally she came awake, wearing a deep frown. She wondered what the noise meant and where it was coming from. Who was foolish enough to disturb the lovely peace of the morning in such a bizarre manner.

She looked down and saw Phillip on the floor. He was nearly naked, wearing just his black briefs.

The bulb was still shinning but the generator noises were gone.

She stared at Phillip’s dark muscular thighs and then his broad chest.

He’d gotten bigger than he was, now nearly resembling the darkened version of a WWE wrestler.

Between his legs, the curve of his early morning erection was visible.

Now Amaka began to wonder how many women he’d been with in Lagos.

Mummy Rita would be one of them.

And then the girl resting on him when she first entered the room.

And so many others she yet doesn’t know of. Though really, Mummy Rita was of particular interest right now.

But she was no longer that angry with him.

The truth was that there weren’t a lot of times she actually remained angry with him for long.

Even, most times she was at all not. She only was just feigning the noise, putting up a show. One might say she found a sort of pleasure from it because underneath the screams and scowls, what really flowed through her veins was not really anger.

Or not anger the way it is supposed to be. Harmless rage.

However it was, she feared Phillip had become aware—he knows her little act of fury was never always entirely real, which was why he usually responded differently to it.

Amaka was in the bathroom when someone pounded the door.

She couldn’t see but she listened. Someone had come to pick her charger.

She wondered if it was the same girl yesterday or another.

When she came out, she said to Phillip, ‘Onye bu ifau?’

‘It was a girl’s voice that I heard!’ she snapped.

Phillip gave her a look. ‘Sammy is a girl.’

Her fury shrunk back. She licked her palate the way she often did.

Phillip walked into the kitchen.

She pursued him at once.

‘Who was all those people yesterday?’

‘The people you chased away?’

‘So you now drink and smoke, Chibuzo?’

‘Did you see me smoking?’

‘Kam nu nti! So of all the people in Lagos to make friends with, it had to be those irresponsible boys?’

‘Why do you think they are irresponsible?’

‘Because they were smoking?’ Phillip said.

‘Phillip, biko, merely looking at them, you’d know they are bad boys!’

He dropped the plate he was washing and turned and glanced at her. ‘How do you know bad boys?’

‘You can continue defending them, but remember the saying: “Show me your friends and I’ll tell you who you are”.’

‘You just arrived here. When you see the bad boys, nobody will tell you.’

‘Akuko! By the way, why were people calling you Gbadoo?’

Now he puffed out a fuller smile. He had a sparkling dentition.

He leaned forward, wanting to kiss her.

Phillip breathed into his wet palm. ‘You lie,’ he said, and then walked out of the kitchen and into the bathroom. He picked his toothbrush.

Amaka followed him. ‘Who is Rita, ajukwam gi ozo?’

He spat toothpaste foam into the basin. ‘My boss.’

‘What kind of boss is that?’

He paused, his eyes on her.

‘What kind of boss do you go to see every night?’

Before he could say something, she added, ‘And what is a woman’s business with a barber, ka Rita owu okpulu ishi ka m?’

Phillip looked at her. ‘You think I’m sleeping with her, don’t you?’

‘I know you are sleeping with her.’

‘She is a married woman.’

‘So why hasn’t her husband killed you yet?’

He sighed, turning away from her. It often amazed him how easily she skipped off and back during conversations, a quality they somehow shared.

‘A lot of things. What did Mama tell you?’

‘What is she supposed to tell me?’

James called ‘Mummy!’ and Amaka left him and ran out. He peeped; she was carrying the boy and rocking him gently.

‘Mummy, where is Papa?’ James asked, rubbing his eyes.

Now, again, Phillip wondered why he is Papa and his mother Mummy. For no reason at all, he’d prefer his son called him Daddy and not Papa. Or that Amaka became Mama instead.

He pulled off his briefs and sat on the toilet bowl.

When he’d bathed, he took out N1000 from his trousers and gave to Amaka. ‘I’m late already,’ he said, ‘just outside the gate you will find a woman selling food. You can carry him along so that he’d say what he’d eat.’

Amaka collected the money from him.

When he finished dressing and was leaving, she asked him, ‘Is this how you dress to go to your shop every day?’

‘Shop?’ he asked, his fingers working to finish buttoning his finely ironed shirt. ‘Which shop?’

‘Your shop where you cut people’s hair nu.’

‘I no longer do that work.’

Before Amaka could utter another word, the door banged shut behind him.

She and her son had eaten when she came outside to spread James’s shirt she just washed.

‘Who are you?’ a voice growled behind her.

She turned and saw the large woman staring at her. It was the same lady she met dozing on a mat at the front of the building yesterday.

Amaka pointed. ‘There. I just came.’

‘You live here and you just came?’

Now Amaka became sure she was scared of this woman. Both her size, age and manner of looking gave a terrifying aura to her presence.

Without another word, she spread her boy’s cloth and turned to run back into the house.

‘Wait there!’ the large woman ordered.

The adjacent door opened then and the girl called Sammy came out. She looked smart in her plaid gown and matching black shoes and handbag. She wore her hair in short dreads.

She greeted the large lady with a bow and then explained to her in Yoruba who Amaka was.

‘You are welcome,’ she said to Amaka afterwards, though her expression failed to completely match the words.

‘She is the landlady,’ Sammy told Amaka.

Amaka nodded again and did not know when she said, ‘Thank you, ma.’

The woman glanced at the small shirt she just hung on the line and then turned back to her. ‘You came with a baby?’

Without another word, the woman shuffled away.

Amaka turned to Sammy and said, ‘Thank you.’

Sammy gave her a small nod and went back to locking her door.

Phillip returned at around 4 in the evening carrying a fancy poly bag. It contained provisions.

‘I told my boss that you came and she demanded to see you,’ he said to Amaka.

‘She has been very nice to me and tomorrow evening, we are going to meet her.’

‘She has been very nice to you?’

‘So that’s why we are going to see her?’

Phillip walked to the fridge and took one sachet water to drink. ‘Better go and do something to that hair today.’

In the night, when she felt Phillip’s trespassing hand on her, she grabbed it and threw it back down.

On the floor, Phillip scratched his leg with a toe of the other and faced the other way to sleep.

But he didn’t come for her again. Instead, he started to snore.

After some time, Amaka got up and walked into the bathroom. She intentionally stepped on him as she passed, but he did nothing.

Inside the bathroom, she turned on the light, turned it off and then on again.

She lifted the toilet cover and then dropped it back.

She regarded the white tiles of the bathroom wall, and then started to feel them.

When she finally turned, he was there, blocking the door.

She turned back away, and waited.

Till he came to stand behind her.

Then he held her and turned her to face him.

Her wrapper dropped to the bathroom floor at the same time he sucked in one of her nipples into his mouth.

She held him firm, her fingers digging into his muscular back.

She could feel his thick hardness pushing between her thighs. She reached and freed the stiff organ and held it.

But then he bent to one of her ears and whispered, ‘Wait. Stay here I’m coming.’

‘Where are you going?’ Amaka breathed back.

‘Let me bring something, I’m coming.’ He pulled his boxers back up and crept out into the room.