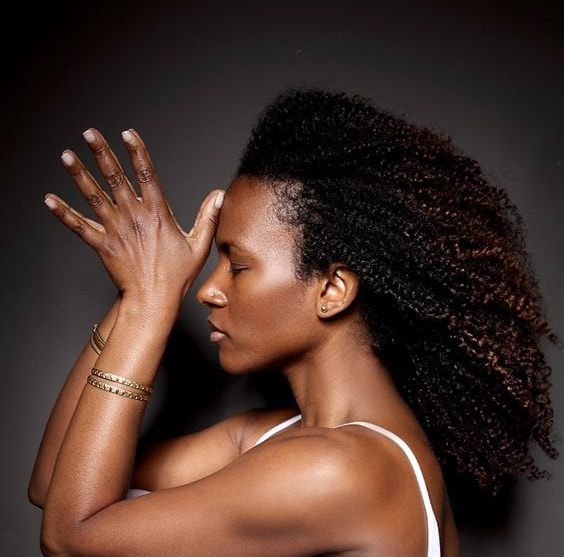 What you have to know is that Nurse Benedicta Etim of St. Albert’s Teaching Hospital talks too much. Way too much.

She had only resumed her shift for the day when Sammy came into the hospital, yet, somehow, she had magically known that the boy booked for an immediate appendectomy was dead.

The truth is that when Amaka and her husband arrived with their boy and he was checked in at the paediatric arm of the health centre, the young and slim doctor there (who had only just been posted) told them the boy was in the late stage of appendicitis and there was every chance that his appendix has ruptured.

James was booked for an immediate surgery at once, the operating room being set up even before Phillip could sign all the many sheets of papers they handed over to him.

And because they were told James only has a 50 percent chance of making it out of the operating room alive, Amaka kept on making crying noises.

Till they were eventually sent outside.

Nurse Benedicta had seen them outside while she walked in to sign the staff register.

And she asked the receptionist—Philomena—(who almost like her has her own way of using too many answers for a simple question) who the mournful-looking couple outside were.

But unlike Benedicta, Philo-Philo, as she was fondly called by hospital staff and visitors, always used something like: ‘But I don’t know sha o…’ to end a comment she was not entirely sure of, as if to save herself from any negative backlash that might come afterwards.

She once told a man his wife in labour had had a stillbirth and when it was finally confirmed that she had confused the patient’s info with someone else, she ran into the toilet and stayed in there for over an hour, till the shaken man she had broken the false news to gave up trying to locate her.

When Sammy finally came back out to the hall again, she did not see Amaka or Phillip.

Chinelo still sat on the bench, but unlike how she looked when Sammy first walked in, the old woman now appeared calm. Mollified.

Sammy asked her where Amaka and Phillip had gone to and she pointed and in her poor English replied her: ‘They go inside. Doctor say operation good.’

‘Operation?’ Sammy had said this before realizing Chinelo’s scope of vocabulary might not be enough to provide her with all the answers she sought.

So she asked her instead, ‘Where are they now?’

Sammy left her and walked in through the adjacent door which led out into another open hall.

She walked down the hall till she came to a door that had the tag “Paediatric Surgeon” on it.

She knocked and entered.

And right in there were the people she was looking for.

There were no more tears on Amaka’s face and Phillip, though still calmer than was usual of him, looked human again.

Amaka turned to Sammy. ‘They said he will be fine,’ she said.

‘Who is she?’ the slim man with them asked.

It was easy to tell he was the doctor—the paediatric surgeon—from the way he looked—quiet but busy-brained.

Sammy did not sit. ‘What exactly happened?’

The man struck his red pen on the desk. ‘You see, appendicitis in children can be exceptionally life-threatening. If it isn’t caught in the early stages, which often is the case in most scenarios, the appendix rupture and cause an infection. This infection, known as peritonitis, can quickly spread, potentially causing death.

‘Because appendicitis is more difficult to diagnose in children than in adults, a good percentage of kids with the condition will suffer from a perforated or ruptured appendix before ever being treated.

‘Before now it is thought that the best course of action for a perforated appendix is to take care of the resulting infection with antibiotics before conducting an appendectomy. In such a case, the appendix isn’t removed until six to eight weeks after the initial diagnosis.

‘But more recently, there are now enough evidence to suggest that kids recover quicker and are less likely to suffer from post-surgery complications, such as surgical site infections, if their ruptured appendices are removed within 24 hours of diagnosis. We have—’

‘In other words, the boy will be fine?’ Sammy cut in on him. She had to; he was beginning to sound as though out to impress—something very peculiar to young male health professionals of these days.

‘Sure. The surgery was a success and I’m absolutely positive he will make a full recovery.’

Sammy managed a smile and nodded. A distant part of her wondered if it is this same boy—who looked nothing above 30 in age—that is going to operate on her too.

She turned to Amaka and patted her at the shoulder. ‘I’ll be back.’

Amaka turned to the doctor. ‘Doctor, she is pregnant,’ she blurted out.

Sammy swung back, but managed to suppress all emotions.

The doctor’s face lit up quickly in a smile. ‘Oh, my congratulations, lady.’

Sammy smiled again, very awkwardly this time. ‘I’ll see you.’ She walked out the room, her shoulders hung.

At home, she met Uzoma outside.

She sat on the dwarf wood stool under the ogbu tree, selecting cocoyam corms. The kerosene lamp beside her shone with a dull yellow light.

‘What are you doing?’

‘My dear, the rains have finally come. I will start planting in the morning.’

‘Oh okay…but is it not late? You can do this in the morning, can’t you?’

‘No, not late. Where your husband?’

‘Ejike is not back?’

‘I not see him. I think two of you go out together.’

‘In the morning, yes, but he left for home from the hospital since afternoon.’

‘Amaka’s child is sick; but he is recovering now.’

‘No, no, you eat always. Always, you hear. Whether hunger or no hunger.’

Sammy was about wondering why she seemed so much in good spirits tonight before she remembered the rain and her love for cocoyam farming.

Uzoma dropped the small, handle-less knife she was holding and stood.

Sammy was eating the beans, picking at it actually, when Ejike walked in, looking the quietest she’d ever seen him since they first met.

That night, while alone in their room, Sammy came and sat on his lap.

She told him how she had gone back to the clinic and was informed that Phillip and his wife had gone to the Teaching Hospital. That James actually had appendicitis and not stomach flu as was earlier diagnosed at the first hospital.

‘Serious?’ Ejike said. He asked how James was and Sammy told him the surgery was successful.

‘Yes.’ Sammy turned, so that she now faced him. ‘You know,’ she started, ‘my Aunty will always say, “Be careful of the Igbo. They like money more than anything in the world. They can do anything just to make money, even sell their wives!”’

She gave a small chuckle.

‘But here am I, married to one—’ She held Ejike’s face in her hands. ‘—married to you, and it’s been years now and you haven’t sold me yet!’ Her voice rose a bit, in a strangely amused tone. ‘Or, perhaps, you still will?’ She laughed again and then pinched his nose. ‘Tell me, will you still?’

Ejike said nothing, only watching her. He’d heard a lot about how potent the juju of the Yoruba is and he was beginning now to think that Sammy had already known all that happened at Rita’s place earlier that evening.

But when Sammy continued, he realized he’d thought wrong.

Sammy pinched his nose again, ran a finger across his lips and then held his face in her hands again. ‘My beautiful boy.’ She smiled, looking directly into his eyes now. ‘I rarely tell you this, but I love you.’ She hugged him, very firmly. ‘I love you so so much, my beautiful Igbo boy.’

‘Are you alright?’ Ejike asked her.

Sammy said nothing, just staring at him.

Sammy gave her small chuckle again. ‘No, I’m not going to die. I will have them removed and I’ll be fine.’

‘When? How? What can I do?’ The worry clouded Ejike’s entire face now. He felt a prick of guilt too.

Looking into Ejike’s eyes again, Sammy saw that they had clouded over.

Seeing him like that, sensitive and tear-eyed and all, a great powerful emotion swept over Sammy and she pressed herself to him again.

Ejike hugged her back. ‘I’m sorry.’

‘I’m sorry I kissed her. I didn’t know what I was doing.’

Sammy stood up from his lap. ‘Who did you kiss?’

Ejike said nothing, just looking on.

‘Tell me who you kissed, Ejike!’

Sammy’s voice rose. ‘Say who you kissed or somebody will die this night!’

And somebody did die that night, but it wasn’t Ejike.