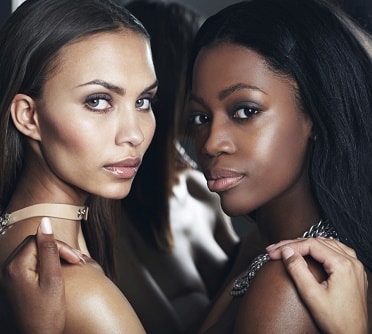 ‘Where is he?’ Chinelo screamed at Amaka again. She was cradling James.

‘Mama, he left me. He left me and moved in with one old woman he called Mummy.’

‘I don’t know what you are talking about, go back and bring home my son!’

‘I said he left me, Mama!’ Amaka twisted to Sammy beside her. ‘You can ask her; she lives in the same compound as him!’

‘I don’t care who you bring to help solidify your lies, go back. Go back there and bring me my son!’

Amaka’s face crumpled and she began to cry.

Chinelo quickly carried James from her. ‘Give him to me!’ She set the boy down. ‘Stop cradling him like that, he is no longer a baby!’

With James turning on and on to look at his mother, Chinelo drew him along and into the house.

‘I am more confused than you ever could be,’ Sammy told her. ‘Maybe this is the purpose of life after all. To confuse us all till we die and go!’

Amaka wiped her face and turned to the boy. ‘Jideobi, what is it?’

As they approached Onyemaechi’s home, the soft night peppered with their quick steps, they could hear his voice.

The frustrated voice of a man ready to kill.

Uzoma stood there, aside, arms folded, muttering as she vibrated: ‘Kill him! Kill him and come and kill me too!’

Amaka tried to hold Ejike and he pushed her off with one hand.

She landed heavily on the sand with a soft thump.

It was then that Sammy threw her mouth open and coloured the air with reproaching Yoruba words.

And only then did Ejike finally release his father.

He turned to see the person who had spoken in a foreign tongue. And seeing her, or her shadow—because the moon was weak—the demons possessing him appeared to disperse.

He spat out saliva and stormed into the house.

Jideobi finally helped his father up. Onyemaechi did not utter a single word. He kept his face straight, his eyes narrowed.

But in his mind, he thought only of one thing. A wish. A wish that Phillip had been around.

He is the only one that once showed Ejike that every man has a senior.

He remembered that day they fought—over who would pluck the ube in the garden at the back— and Phillip pinned Ejike to the ground and after feeding him hard, powerful blows, Ejike faltered to stand. And when he wanted to speak again, he began to stutter.

Onyemaechi hated Phillip that day, so much so that he would have turned him into stone if he had the magic.

But this night, he needed Phillip.

He would have even paid him to teach his son a small lesson, exactly that kind of lesson he’d once shown him before.

Chinelo walked into the compound then. She moved close to Uzoma and asked her, ‘Ogini na eme? I heard voices, what is it?’

Uzoma’s throat squelched as she swallowed. ‘Nwanne m, ask me. Juo m. Ask me why Ejike wanted to kill his father just because of cocoyam. Maka ede. Juo m.’

‘I went to the farm to weed, I didn’t cook. I didn’t cook anything. These boys will kill me before my time. Fa ga egbum.’

Ejike charged out again. Uzoma recoiled. ‘Tomorrow morning, I will go and uproot those cocoyam, you will see!’

Uzoma turned to Chinelo. ‘You see? Did you hear what he just said? Did you hear him mention that he will go and uproot my cocoyam?’

Chinelo turned to Ejike. ‘Nnaa, if it is food you want, follow me to the house and I will give you food.’

Ejike raised a cautioning hand. ‘Nne, akponam. Don’t call me. The two of them in this house have decided to kill me with frustration but I will not allow them. Before they will kill me, I will kill the both of them!’

Sammy stared at the boy.

‘You will kill your parents and live alone, okwia?’ Chinelo said.

‘I will kill them. After all killing is not a new thing to either of them!’

‘Onu ka I na kogheli!’ Ejike stormed back into the house.

The next morning, Amaka came out to find her mother-in-law on the short bench on the veranda, one leg over the other and eyes fixed into space.

Chinelo finally turned to her. ‘Itetego?’

Chinelo made a tiny hiss. ‘Nothing.’ She rose. ‘You friend kwanu?’

‘She is still sleeping.’

Amaka was sweeping the compound when Sammy finally came awake on the bed she was given.

Across the wall, in his own home, Ejike woke up late too.

Reliving the episode last night, Sammy did not understand how she felt.

The only thing she was certain of was that she’d like to see that boy again, that fighter whose booming voice split the fragile membrane of the night into tiny, irredeemable pieces.

Outside, she greeted Chinelo with a bow and Chinelo responded and asked her, in Igbo, if she had slept well.

Sammy did not know what to say.

‘She asked if the night was good,’ Amaka helped.

Sammy smiled and nodded. ‘Yes, it was, thank you.’

When she and Amaka were alone, she asked her, ‘Who was that boy fighting last night.’

‘He is Ejike, Phillip’s cousin.’

‘For what?’ Amaka asked.

‘Stay away from him, he is strange.’

In their own compound, Ejike, recovering from a yawn, asked Jideobi: ‘Who was that girl with Chibuzo’s wife last night?’

Jideobi stood his broom. ‘Who?’

‘The one that spoke in a foreign language.’

‘You want to go and fight her too?’ Jideobi said to his elder brother.

Ejike hissed and walked away.

In the afternoon, after a naked jollof rice meal, Amaka asked Sammy if she would like to accompany her to the farm.

‘I hate farm work,’ Sammy said; but, really, what Sammy would not like to be reminded of was how land grabbers had slaughtered her grandfather in his extensive cocoa farm many years ago.

‘I am only going to check our palm trees for ripe fruits,’ Amaka said.

‘Let’s go then,’ Sammy said, agreeing on a heel of reluctance.

Sammy pointed at yet another massive building. ‘So many city-style mansions!’

‘Why build this kind of mansions in the village?’

‘And such high walls too. Why so many high walls?’

‘The walls are for protection.’

Amaka gave her a look before saying, ‘Yes.’

‘And that’s why the houses all seem unoccupied, right?’

‘People leave. They are scared of being robbed, or kidnapped.’

‘Tell me what you think is the cause.’

‘I don’t know but not everybody can survive village life.’

‘Who do you think are more favoured?’

‘There is this huge competition going on; not all men can withstand it. Many leave because of it.’

‘What are they competing for?’

‘And you think women are excluded in this competition?’

‘Maybe not entirely, but really we are more at advantage.’

Sammy stared at Amaka. ‘I would not call that an advantage, though.’

‘What else will you call it? Look at me, I am fast approaching 30 and married, yet I have not made a complete hundred thousand in my entire life. If you are a man, my age, without your first million or close at this age, you’ll be considered a failure.’

A girl passing interrupted Sammy. The path was well trodden.

Sammy gave the girl a slight wave before continuing: ‘But what of unmarried women too?’ she said to Amaka. ‘Are they not considered a failure also just because they haven’t been able to find a husband?’

Amaka pointed across the path to an average-sized palm tree with her cutlass. ‘That one is ours and I think it has ripe heads.’

‘Are women involved in government in your village?’ Sammy said instead.

‘Women can’t be made kings.’

‘What of land matters? Do they partake?’

An expression close to mockery fell over Sammy. ‘And you still talk to me about advantage?’

‘Listen,’ Amaka said, turning to face Sammy, ‘a lot of men have lost their lives to land matters or fighting to rule. Why go join them in such a dirty and dangerous affair, when we still can control the very thing that controls them?’

‘And what if you are not married? What if you have no man to fight these wars for you?’

Amaka made a face, as if amused. ‘Is there ever such a thing as a woman lacking a man? Even here in this village, imbeciles get to get married too! Our main problem, often, is choosing.’

Sammy said nothing else for a while.

‘You speak very good English,’ she said, finally. ‘Did you go to college?’

‘Why did you stop? Because you are a woman, right?’

‘So why didn’t you continue afterwards?’

‘That’s a story for another day, this way.’ She led Sammy into an adjacent track.