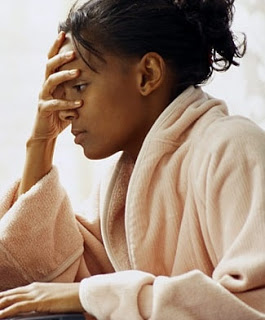 She saw a friend request and as usual accepted it without first checking out the person’s profile.

He thanked her for accepting and introduced himself.

David Williams, he said his name is.

He lives in London, and is a director in the company he works at.

He is 43 years old and very single.

Anytime she logged onto her Facebook, she would see his message. And she would reply at once.

His chats provided adequate company, until the time she was finally done with Service and was due back to her home state.

Only the day after her arrival back home, she went back to her page on Facebook and a message from him was there.

His previous messages had always been love talks, but this one was different.

He said he wanted to send her a package. A package which contained an Apple laptop, a gold necklace and £7,000 in cash.

As soon as she read the message, she yelped in excitement and jumped on her bed.

He asked her if she knew a place to change the pounds to Naira.

Her reply was an automatic YES!

Later, she began to search for the bureau de change in her town and even sent enquiry emails to some banks.

He said he’d be sending the package along with some of their company goods the next day to Nigeria.

He collected her details for the package identification and her address.

She couldn’t help but keep smiling and thinking how very close she is to becoming a millionaire.

She thought of the type of car she’d buy, the clothes and the jewelry.

Of course, she’d still be left with a huge remainder for her to give out to people, some to close friends and family and then she would make a huge donation to DNB Stories, her favorite story blog.

Finally, she would load whatever that is left into her personal bank account.

The next day, she logged onto her page and saw a message hanging.

Without so much as a second glance, she knew it must be David Williams.

She opened the message icon.

He wasn’t his usual happy self today, she could tell from his messages.

He was ranting about his boss, the CEO of the company he worked for. The man was angry with him for not sending the goods that day as earlier arranged.

She comforted him and told him to take things easy. That he shouldn’t get himself so worked up over a simple delay.

The D-day finally came; she couldn’t even sleep that night.

On his way to the airport, they kept talking. He even proposed marriage to her but she subtly declined, saying until they get to know each other better.

Finally it was 6 hours to the plane’s landing in Lagos airport.

A call came in after about 7 hours. She saw a strange number and took the call.

The person identified himself as the company’s representative from England. He asked her to identify her package and she did without mentioning the £7,000 in cash, because David had asked her not to.

The representative asked her to pay in N10, 000 into his account so that her package would be delivered straight to her state of residence in Nigeria.

She went to the bank and paid the next day.

The representative guy later called and confirmed the alert after she sent him the teller number and depositor’s name, just as he’d requested.

Meanwhile, she was still communicating with David Williams.

Later in the evening, the representative called and told her that the Nigerian Customs Service has seized the goods because £7,000 was found in the package which was illegal.

She eventually denied knowledge of the money in the package.

But the calls continued…

He called again that David said she is his wife and the money is for her upkeep.

On another call, the representative guy said he has contacted some people to help change the money to Nigerian Naira for her.

Then he told her she will need to pay an additional N7, 000 to facilitate the transaction.

She immediately declined, saying she has no other money to pay again.

At that time she has become tired of the whole deal. She asked him to keep the money or return it to the owner, but the other items should be sent to her.

He kept insisting she should pay, even later bringing down the amount to N3, 000.

At the end he said he would talk to his boss and hung up.

She didn’t sleep well that night and was restless all through.

The next day when the idea struck up in her mind, she remembered that David Williams had once given her his numbers.

She sat up on her bed at once and opened her phone’s browser.

She typed the number on Google and waited for the search to return.

After some seconds, a page opened.

Seeing the search results, her eyes popped in shock.

She saw that the number is part of the many series of numbers that were listed by the police as phone numbers of online fraudsters.

His head is full of grey hairs, yet he’s only just 43! And just like his voice, he has two different looks in one person.

David Williams is no real white man but a full-blooded Nigerian scammer. 419!

With regret and tears hanging in her eyes, she sent him a quick message ending with the sentence: “If the N10, 000 will heal you of your evil, you can have it!”