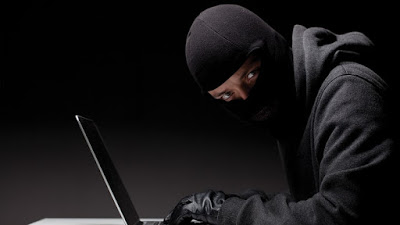 A BBC investigation has found that thousands of young women in conservative societies across Africa, the Middle East, and South Asia are being shamed or blackmailed with private and sometimes sexually explicit images and videos.

Daniel Silas Adamson looks at how smartphones and social media are colliding head-on with traditional notions of honour and shame.

In 2009 an 18-year-old Egyptian girl, Ghadeer Ahmed, sent a video clip to her boyfriend’s phone. The clip showed Ghadeer dancing at the house of a female friend. There was nothing pornographic about it, but she was wearing a revealing dress and dancing without any inhibition.

Three years later, in an act of revenge after their relationship had ended, the boyfriend posted the video to YouTube.

She knew that the whole situation – the dance, the dress, the boyfriend – would be utterly unacceptable to her parents, to their neighbours, and to a society in which women were required to cover their bodies and behave with modesty.

But in the years since she had sent the video, Ghadeer had also taken part in the Egyptian revolution, taken off her hijab, and started to speak out about the rights of women.

Outraged that a man had attempted to publicly shame her, she took legal action. Although she succeeded in having him convicted for defamation, the video remained on YouTube – and Ghadeer found herself attacked on social media by men who sought to discredit her by posting links to it.

In Europe and America a naked picture might only humiliate a girl – but in African and Asian societies it might lead to her death.

In 2014, sick of the abuse and tired of worrying about who might see the film, Ghadeer made a brave decision: she posted the video on her own Facebook page.

In an accompanying comment, she argued that it was time to stop using women’s bodies to shame and silence them. Watch the video, she said. I’m a good dancer. I have no reason to feel ashamed.

Ghadeer is more outspoken than most Arab women, but her situation is not unusual.

A BBC investigation has found that thousands of young people – mainly girls and women – are being threatened, blackmailed, or shamed with digital images and/or videos from the innocently flirtatious to the sexually explicit. Obtained by men – sometimes with consent, sometimes through sexual assault and other forms of coercion – these images and videos are being used to extort money, to compel women into sending more explicit images, or to force them to submit to sexual abuse.

“In the West, it’s a different culture,” says Inam al-Asha, a psychologist and women’s rights activist in Amman, Jordan.

“A naked picture might only humiliate a girl. But in our society, a naked picture might lead to her death. And even if her life isn’t finished physically, it is finished socially and professionally. People stop associating with her and she ends up ostracised and isolated.”

Most cases of this form of abuse go unreported because the same forces that make women vulnerable also ensure they remain silent. But lawyers, police, and activists in a dozen countries have said the arrival of smartphones and social media has sparked a hidden epidemic of online blackmail and shaming.

Zahra Sharabati, a Jordanian lawyer, told the BBC that in the last two or three years she has handled at least 50 cases involving the use of digital images or social media to threaten or shame women. “But in the whole of Jordan,” she says, “I think the number is far higher – not fewer than 1,000 cases involving social media. More than one girl, I think, was killed as a result of this issue.” Louay Zreiqat, a police officer in the West Bank, says that last year the Palestinian police cybercrime unit handled 502 online crimes, many of which involved private pictures of women. His compatriot Kamal Mahmoud, who runs an anti-extortion website, says he receives more than 1,000 requests for help every year from women across the Arab world.

“Sometimes the photos are not sexual… a photo of a girl not wearing a hijab could be scandalous. A man could use this photo to pressure the girl to send more photos,” he says. “The Gulf countries are facing blackmail on a huge scale, especially girls in Saudi Arabia, the UAE, Kuwait, Qatar, and Bahrain. Some girls tell us, ‘If these photos are made public, I will be in real danger.'”

Further east, Pavan Duggal, a lawyer with India’s Supreme Court, talks of a “torrent” of cases involving digital images of women. “My guesstimate is going to be that we are seeing thousands of such cases [in India] on a daily basis,” he says.

And in Pakistan, Nighat Dad, head of an NGO dedicated to making the online world safer for women, says “two or three girls or women every day” – about 900 per year – contact her organisation because they are being threatened.

“When women are in a relationship they share their pictures or videos,” she says. “And if the relationship ends, not on a good note, the other party misuses the data and blackmails them – not only to remain in the relationship but to do all sorts of other weird stuff.”

But it goes beyond blackmail. Nighat Dad is also starting to see a disturbing link between smartphones and sexual violence.

“It started from intimate pictures, but now it has a very grave connection with rape itself,” she says. Before these technologies, when perpetrators used to do rape they had no idea how to silence the woman… But now technology brings another aspect to the whole rape culture, and it’s to silence women by making a video and then to threaten that if they speak out, this video will be shared online.”

The more devastating the consequences of public exposure, the more power the perpetrator has over the victim.

One young woman from rural Tunisia told the BBC her story from a women’s prison on the country’s north coast. It began when she was sexually assaulted and photographed naked by a friend of her father. The images left her at the mercy of her abuser, who subjected her to months of sexual violence, while also blackmailing her for money. It was not until the man threatened to rape her younger sister that Amal reached her limit. She invited him to her house and murdered him with a meat cleaver. She is now serving a 25-year prison sentence.

Another young woman, the 16-year-old victim of a gang rape in Morocco, set herself on fire in July this year, after her rapists threatened to share images of the attack online. The eight accused were trying to intimidate the girl’s family into dropping the charges against them but instead drove her to suicide, as she suffered third-degree burns and died in hospital.

It is in India and Pakistan, however, that the use of mobile phones to record sexual assault appears to be most widespread.

Another, according to the same report, was overheard telling customers that they might even know the girl in the “latest, hottest” video.

In one example investigated by the BBC, a 40-year-old health worker took her own life after a video of her being raped by a gang was circulated in her village via the messaging service WhatsApp.

The woman appealed to village elders for help but, according to a colleague, received no support from a society which saw her as not only sullied by the attack, but even to blame for it.

But the power of these images in conservative societies can cut both ways.

When Ghadeer Ahmed posted the dancing video on Facebook she was not just undermining attempts to humiliate her, but rejecting the very idea that the video was a source of shame.

“Yesterday a group of men tried to shame me by sharing a private video of me dancing with friends. I am writing this to announce that, yes, it was me in the video, and no, I am not ashamed of my body.”

In 2011, another young woman from North Africa, Amina Sboui, went even further: she posted a topless photo of herself on Facebook. Across her naked torso she had written, “My body belongs to me – it is not the source of anyone’s honour.”

The image ignited a firestorm of controversy in Tunisia.

Known as the Kim Kardashian of Pakistan, she challenged Pakistani social norms by embracing the sexualised culture of the internet – until she was strangled by her brother in July this year for bringing shame on the family.

The power of smartphones and social media appears not to have been lost on the authorities in Saudi Arabia, who, as well as aggressively pursuing men who misuse images of women, run campaigns to educate girls about the dangers of sharing photos online.

On one level this is an important measure to protect Saudi women, but the urgency of the response may also reflect a recognition that technology has the power to change patterns of behaviour and ways of thinking – and that it is already opening up a new front in the battle over what women can and cannot do with their bodies.